Is It Time To Purge?

Hubby and I are having a bit of a disagreement. Not a fight, but we do not seem to agree on whether or not something is a junk drawer. He accused me of being a bit of a hoarder and having multiple junk drawers. I hate junk drawers and do NOT have one. He pointed out the shed out back. He said it was filled with my junk. I call it a gardening shed because it has all my gardening tools, bee equipment, and a few Christmas decorations. He says that it’s all junk. I say it’s is filled with my hobbies. He also pointed out that the attic is filled with junk. It’s not junk, but holiday decor, family heirlooms, and suitcases. All this stuff is not junk. He says we have too much stuff, and now I am feeling a huge urge to purge again and get rid of it all. I wish he would just not say anything because now I have it stuck in my head I have too much stuff again. At what point does your hobby become junk? 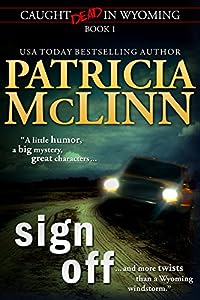 Divorce a husband, lose a career… grapple with a murder.
TV journalist Elizabeth “E.M.” Danniher will tell you she committed two sins — she didn’t stay young, and she made an enemy of a powerful news executive — her ex. She used to break national news. Now her top story as the “Helping Out!” reporter at dinky KWMT-TV in Sherman, Wyoming is getting a defective toaster repaired.

Tough, funny and determined, Elizabeth wrestles with isolation, keeping a professional edge, and an evolving self-image. Is Wyoming — the land of cattle, cowboys, tumbleweeds, and fewer than six people per square mile — her new home or a road to permanent obscurity?

Soon she’s in a battle of wills with ex-football player turned journalist Mike Paycik, who might see her as a handy rung on his career ladder or a romantic partner or both. And there’s the matter of a deputy sheriff — missing or murdered? Elizabeth finds herself investigating at the insistence of a girl who’s set on proving her father’s innocence. Not that enigmatic rancher Thomas Burrell makes investigating easy for an amateur sleuth.

But Elizabeth won’t fade to black without a fight, no matter how final some might want to make her SIGN OFF. 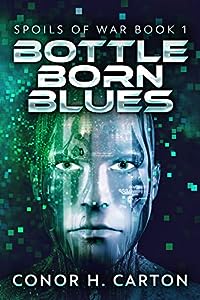 Artificial life form, Shakbout Mansard just wanted a quiet, ordinary life with his family. As one of the selected few of the Bottle Born who live as free citizens, this was a reasonable ambition.

Unfortunately, Shakbout has dangerous knowledge of a plot to overthrow the government of Mengchi, making him a target for both the plotters and the security forces. At the same time the most dangerous bottle born terrorist in the systems wants Shakbout to commit a crime that will ignite a secret systems-wide war between factions of the Natural and the Bottle Born.

But even these problems are small compared to the secret that Shakbout has been hiding for a decade. Soon, he will have to take desperate measures to save those he loves… and the lives of all free bottle born lifeforms across the systems. 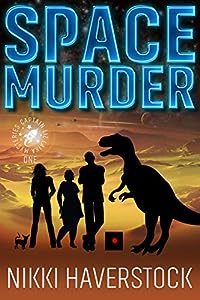 For everything there is a season…
Once the star student of her training class, Captain Liz Laika is now an outcast, a casualty of family scandal. Now stuck in the worst post in the Fleet, she should keep her head down. But when a Cerulean passenger is found decapitated, and Liz is framed for the murder, she has no choice but to fight for her life. No easy feat when she’s facing kidnapping, ship-eating whales, horse-sized spiders and corrupt fleet officers with personal vendettas. And in the middle of the intergalactic murder drama, her ex-fiancé reappears. Captain Liz needs to clear her name–and fast. 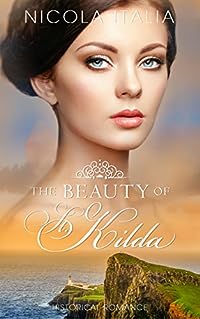 The Beauty of St. Kilda
by Nicola Italia

When Emily Clairmont’s husband is tragically struck down by typhoid fever after only a few months of blissful domesticity, Emily finds herself heartbroken and completely alone in the world. Having lost her mother in childbirth and her father right before her marriage, she has no choice but to seek a position as a governess. She reaches out to her husband’s family solicitor, Quinn Westbourne, hoping that he may be able to help her. Quinn takes one look at the young and beautiful Emily and decides that a job as a governess will not do. He writes instead to the father-in-law she’s never met, and when Leopold Clairmont offers her a place in his home, Quinn agrees to escort Emily to his isolated refuge in St. Kilda. But he did not anticipate how challenging it would be to keep his distance from the grieving widow when all he wants to do is take her in his arms and console her. The two forge a friendship on their journey, and Emily begins to wonder if she could find solace and a live a comfortable life as a widow in her new home. The tiny island of Hirta in the remote cluster of islands known as St. Kilda off the Scottish coast is wild and beautiful, her father-in-law is warm and welcoming, and her sister-in-law offers her much-needed female companionship, but the island is also full of secrets. When Emily learns things about her husband that he never revealed, she wonders if she ever really knew him at all. Torn between her devotion to her departed husband and her growing feelings for Quinn, Emily must decide whether her heart belongs to the living or the dead and find the courage to act before it’s too late. 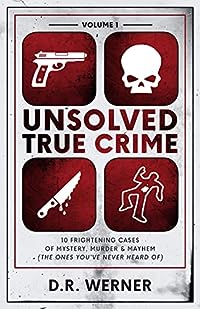 Unsolved True Crime: 10 Frightening Cases of Mystery, Murder and Mayhem (The Ones You’ve Never Heard of) Volume 1
by D.R. Werner

The Black Dahlia, Dian Fossey, JonBenét Ramsey — many people know the names of these victims and can probably remember with impressive detail the circumstances of their unsolved crimes.

But be honest, have you ever heard of Molly Bish, Ebby Steppach, or Charlene Downes?

The author of the bone-chilling Unsolved Serial Killers series, D.R. Werner, is back with yet another fantastic book filled with ten horrific and unsolved true crimes that were either forgotten over time or never heard of to begin with. The victims of these tragedies have not received the recognition they deserve and the offenders were never found and therefore never held accountable.

By focusing on investigative reports and psychological profiles of the killers and criminals who set out to claim helpless victims, these cases will keep you turning the pages as each story leaves you hungry for justice.

In Unsolved True Crime, you will be introduced to these and many more nightmare-inducing facts:

• the historical contexts of the not-so-familiar murders

• comprehensive looks at the investigations, suspects, and actions of law enforcement in the affected areas while trying to identify the perpetrators with what few resources that were available them

These innocent people never expected to come face to face with such evil. Survivors were left horrified and without answers and the ongoing investigations are keeping the victims’ families and friends up at night to this day. With many of the following cases being decades old it leaves one to question whether justice will ever be served. The purpose of the following is to provide the coverage these cases so rightly deserve… but be warned… 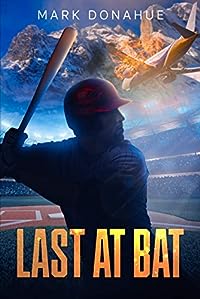 If you can throw a 95 MPH fastball – or hit one – your teammates don’t care what color you are, how pretty you are, or where you came from.

“I SOON DISCOVERED this novel is a story of the indomitable spirit that potentially dwells in us all. About selflessness, sacrifice and the beauty of compassion. It’s the story of hope and renewal; a second chance.” — Jeff Lowrey Baseball Play by Play Announcer/Film Producer
MATT WOLF doesn’t remember his past, or what he used to look like. Or his real name.But the four people who rescued him from a devastating plane crash, do know… everything. Including that the world, including his wife, think Dylan Michael, the greatest baseball player of a generation, died in that crash. As fans mourn Dylan’s loss, Matt heals. While his face will never look the same, his body recovers and is stronger than ever. By chance, he realizes he may have played baseball at one time. As his talent resurfaces, it’s clear he has major league ability, maybe super-star ability. But there’s a catch; his past can’t be discovered, or he could spend years in prison.
To reach his dream of returning to “The Show” Matt will need the help of everyone in the small town of Blossom, South Carolina. Problem is, Matt is a white guy and Blossom is a nearly all Black town. A town not really all that fond of white guys, even former big leaguers.

HE WILL NEED TO PROVE TO THE PEOPLE OF BLOSSOM HE’S MORE THAN A BASEBALL PLAYER!
SCROLL UP & ADD TO CART NOW!