I Say No Thank You

If anyone is planning on creating an Easter Bunny on the Shelf.. Please Don’t.

Zoe has lived in Sunny Shores Trailer Park her whole life and she knows what the Memorial Day weekend brings — snobby rich kids who serve as a constant reminder of how pathetic her life really is. So when she meets Ethan, the awkward boy from the exclusive community of Crystal Waters, she can’t help being intrigued. He’s different but in a good way. Along with her stand-in little brother Parker, and her best friend Meredith, the four of them form an unlikely friendship. But one morning, their idyllic summer is turned upside down when a dead body washes up on the beach… From the author of the critically acclaimed Hope for Garbage, comes another story of friendship, hope, and the incredible power of the human spirit. 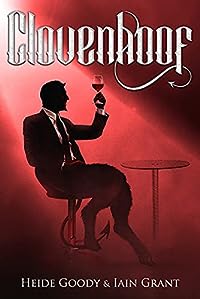 Getting fired can ruin a day…

… especially when you were the Prince of Hell.

Will Satan survive in English suburbia?

Corporate life can be a soul draining experience, especially when the industry is Hell, and you’re Lucifer. It isn’t all torture and brimstone, though, for the Prince of Darkness, he’s got an unhappy Board of Directors.

They want him out.

Then came the corporate coup.

Banished to mortal earth as Jeremy Clovenhoof, Lucifer is going through a mid-immortality crisis of biblical proportion. Maybe if he just tries to blend in, it won’t be so bad.

If it isn’t the murder, cannibalism, and armed robbery of everyday life in Birmingham, it’s the fact that his heavy metal band isn’t getting the respect it deserves, that’s dampening his mood.

And the archangel Michael constantly snooping on him, doesn’t help.

If you enjoy clever writing, then you’ll adore this satirical tour de force, because a good laugh can make you have sympathy for the devil. 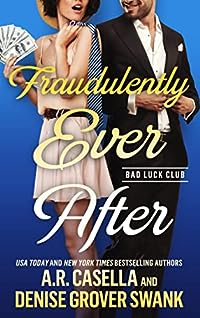 Fraudulently Ever After
by A.R. Casella, Denise Grover Swank

She’s cursed to live out romance tropes gone wrong. As a millionaire bad boy looking for a fake girlfriend, he is one. They’re a disaster in the making… and each other’s last hope.

Yes, really. I broke a boy’s heart because he wasn’t romance hero material, and his nonna cursed me to live out my favorite plotlines… without the happy ending. Consider my track record:

Second-chance romance? Turns out my old flame returned home to cook meth, not take care of his parents.
Redeemed bad boy? He writes to me occasionally from prison.
Billionaire businessman? Rory was my prince charming… right up until his ex-girlfriend showed up with a baby bump.

My love life is a lost cause, but my friends claim they have a solution. They’re convinced I can rip control from the curse by seeking out a trope situation instead of getting sucked into one.

When I find Zachary Littlefield’s ad seeking a fake girlfriend, I decide it’s go-time. Because I am so immune to hot rich boys.

I’m the screw-up spare to my brother, the heir — the Littlefield who can never do anything right. Now my brother’s making a huge mistake, and I’m expected to celebrate. Instead, I do what any half-intelligent man would: I hire a date to stir up trouble at his engagement party.

Tina’s not my type, but there’s something about her…
Maybe it’s that she seems completely immune to my charm. I’ve never met a challenge I didn’t want to screw up… or screw. 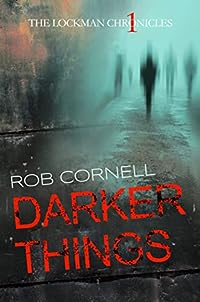 Once employed by a shadowy government agency to battle paranormal threats, Craig Lockman has spent the last fifteen years in forced retirement. But when a teen girl shows up at his door claiming she’s his daughter, he quickly ends up back in the fight… because she has unwittingly led Lockman’s most hated enemy straight to him.

Forced on the run, he struggles to protect the girl from an onslaught of nightmarish creatures, all working for his vicious rival. It soon becomes clear if he wants to put an end to the carnage, Lockman must strike back and finally defeat a man more evil than any of the horrors he commands. 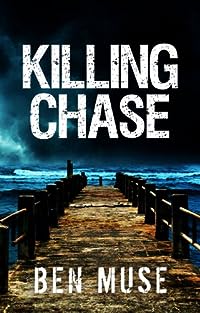 Sometimes second chances can kill you.

From the moment he woke that early March morning, Chase Hampton knew, once he was released from prison later that day, he was never going back. No matter what.

Born into a wealthy but flawed North Carolina shipbuilding family, Chase was somehow immune to the dysfunction. The sky was the limit for the 18-year old football prodigy, until one terrible event changed the course of his life and prison became his new home. Through the highs and lows of his incarceration, there was one person he couldn’t forget, no matter how hard he’d tried: childhood best friend Bailey Masters. For reasons unknown to him, she’d shunned him ever since her mysterious return to Foggy Harbor at the beginning of their sophomore year.

Now, seven years into a twelve-year manslaughter sentence, Chase is given an unusual second chance, one that comes with its own set of rules. Suddenly, he’s thrust into a position he’s not ready for: the tip of the spear in a quiet war against an American enemy. A war that could cost him his family… and his life.