The State Changers Series by Chris Fenwick, is the story of Casidhe Keneally, alone in the world and frightened to unravel her family’s secret. A secret her own body has been reporting in disturbing ways. She must travel far from the only home she has ever known, to uncover the clues her dead parents left her. Follow the extraordinary life of Casidhe, as she learns about love, magic and the veritable power of her own spirit. Enjoy! 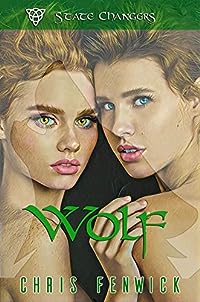 Tracked to a sleepy pub in Butte Montana, Casidhe Keneally locates the strange people who can reveal the truth about her and her family, but the discovery could, quite literally, kill her.

Amidst all the changes she struggles to assimilate, Casidhe meets Dana, a woman who simply cannot exist, sparking a fire inside herself, she cannot fight.

Her travels take her deep into the realm of the Fae, the powerful and ancient Irish mythological beings, whom she realizes still endure. But some Fae are angry she has returned and will not stop until she follows the way of her parents.

In “Wolf,” Casidhe discovers her true identity, finds her people, but also finds cruelty and danger as she learns what real magic looks and feels like. 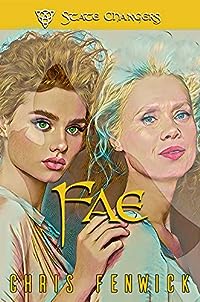 Even a ferocious shapeshifter, with magical Fae powers, can struggle to hold onto loved ones, especially with a murderous traitor in their midst.

Casidhe fought tooth and nail for her place in the world. Now, she has a new family and has found the love of her life. With their birthday around the corner, she’s excited to finally meet her twin brother, Cian. Life is good, right? Wrong!

Evil forces strike hard, killing her friends, and stretching the pack’s bonds to the limit. As they frantically search to find the ringleader, the pack discovers signs of a traitor among them.

All the while, Saoirse, the ancient and venerable White Wolf, leader of all State Changers, and Casidhe’s great grandmother, insists she train from a mysterious book and learn the ways of the Fae in secret.

Will Casidhe’s new powers be enough to hold on to those she has worked so hard to find? Or will her worst nightmares come true, as she helplessly watches those she holds most dear, killed one-by-one? 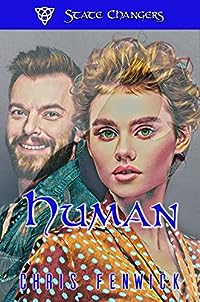 Surprisingly, being a shapeshifting wolf and magical Fae is no longer enough to save humanity.

Casidhe finds herself back where she started, alone. She can’t contact her pack or her mate, Dana, even to let them know she’s safe, for fear she’ll risk their lives.

Cian has won. The Fae portals are closed, the worlds are crumbling, and Saoirse can no longer help. Casidhe’s only hope lies in the mystical Book of State Changers, which she is unable to decipher.

Just when Casidhe’s sure there is no hope, a surprising ally enters her life, but she is unsure her new friends, the Druids, can be trusted.

Can Casidhe find a way to unlock the secrets of the Book? Will the Druids help her defeat Cian? How will Casidhe attain enough power to save the worlds, without Dana by her side?

Lesbian fantasy thriller, Human, wades through the challenges surrounding a mortal existence, but ultimately reveals the hidden powers buried within the human soul. 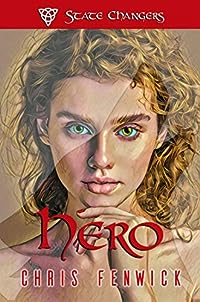 The battle is over. Cian has been run off. Thankfully, casualties were few and those injured are on the mend.

Exhausted, Casidhe goes in search of her bed, and much needed rest before embarking on the second stage of her dangerous mission to save the worlds. Instead of a soft landing, what Casidhe discovers in her suite, blows her mind, opens her heart, and changes her life forever.

Desperately trying to juggle her new responsibilities with the weight of the worlds, Casidhe takes a delegation into war-ravaged Tír na nÓg. Finding Rath Cruachan-the realm of the ancient and cruel Fae queen Morrigan-is minor compared to what Casidhe must sacrifice to reopen the portals and save them all.

Will Casidhe succeed in her mission and survive to tell the tale after the horrors Rath Cruachan? If not, who will defeat Cian once and for all, after he aligns with an ill-tempered Banshee and a zombie Fae witch?

For a millennium, Fae have hidden from human-kind. But facing the most powerful enemy in history, Fae venture topside, joining forces with State Changes and Druids, in the war to end all wars.

In this Lesbian fantasy thriller, Casidhe learns what being a hero really requires of her. She and Dana face the worst to find the best of what love has to offer.