Time For a Fresh Start

Yesterday morning was not a pleasant walk through my garden. Right from the beginning I could see that there was trouble the night before. In front of the little patio fountain was a hug mess of water. Upon closer inspection I could see the sparkle of fish scales speckling the ground. Oh no… my sweet fish had been eaten.  I had those fish for five years, and that was a very sad discovery. Unfortunately, whatever creature had a fish dinner, didn’t stop there. They had also ravaged the tomato plants. Of the six plants filled with delicious tomatoes, I was left with two tomatoes. Even though I know it was animals that did it, and not people, so I can’t be entirely mad. They are acting like critters act, but I am really disappointed and it really put me in a bad mood for the rest of the garden. Today I think I will yank out the ravaged plants and empty the fountain so I can give it a thorough cleaning. Maybe a fresh start will make me feel better. 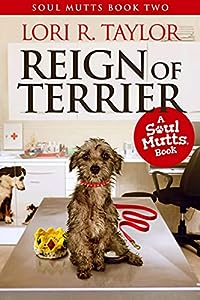 When she needed a hand, she found a paw.

Tessa’s dream of becoming a veterinary tech crashes after her fiercely-supportive fiancée dies in a tragic accident. Mourning her loss and desperate to move forward, Tessa must prove she can handle the pressures of working in a real-life clinic before she can start her new life.

Princess doesn’t mean to be high maintenance, but trust comes hard to the broken-hearted, and her near-constant anxiety makes her practically unadoptable. Tessa is the only human who’s ever made Princess feel safe enough to come out of her shell.

When a mysterious illness breaks out at Pretty Paws, can this heartbroken dog and grieving human team up to save the shelter’s sick dogs?

Reign of Terrier is the second book in the Soul Mutts series, heartwarming stories of lost dogs finding new homes with the humans they were born to heal.

Magda Asparov, a young Ukraine woman, is betrothed to Matthew Turner, a callous American businessman. Magda’s passage to America is booked on the Titanic. On the Atlantic crossing, the ship hits an iceberg and Magda is knocked unconscious. Magda awakes onboard her rescue ship and discovers she has lost her memory.
A new personality, Maggie, takes hold and Richard Blackmore, Captain of her rescue ship, falls for her. What follows is a hunt for Magda by unscrupulous means with tragic consequences. 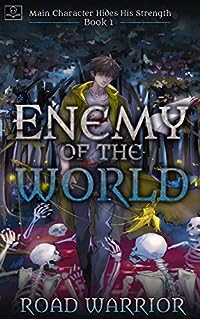 The gods have set forth in motion five Calamities for the inhabitants of the Other World, and only by enduring them will mankind be allowed to live on.

The leaders of the Other World do not believe in the possibility of triumph against the will of the gods and instead squander their time indulging in their desires as the world rots away around them. Mankind’s only hope rests on the shoulders of a man they hate the most. A man who has taken every possible measure, both accepted and forbidden, to attain power. Sungchul Kim, the man who reached the pinnacle of strength, now stands alone against the Calamities. Not because he is a hero, but because of a promise.

Reaching the Demon King’s palace, Sungchul soon realizes his shortcomings. He failed to resolve the first Calamity due to his inability to wield Magic. He is forced to journey in secret, hiding his identity and strength to steal the knowledge of Magic from the very people who branded him as the Enemy of the World.

However, to do so, he must hide among the weakest group of people in the Other World: the newly arrived humans from his homeworld, Earth.

In 1976, memories from a night near the railroad tracks sixteen years earlier haunt Barbara Parker. She wrestles with past demons every night, then wakes to the train’s five-thirty whistle. Exhausted and dreading the day, she keeps her hands busy working in Bryson City’s textile plant, known as the “blue jean plant,” all the while worrying about her teenage daughter, Carole Anne. The whistle of the train, the hum of those machines, and the struggle to survive drives Barbara. When an unexpected layoff creates a financial emergency, the desperate pressure of poverty is overwhelming.

Unbeknownst to Barbara, Carole Anne sneaks out at night to walk the tracks so she can work at Hubert’s Bar. She’s hoarding money with plans to drive her mother’s rusty, unused Oldsmobile out of Bryson City, and never return. She only needs one opportunity… if she can just find it.

When Carole Anne goes missing, Barbara finds herself at a crossroad — she must put aside old memories and past hurts to rely on a classmate for help finding her daughter. But this is the same man she blames for the incident years ago. Is she strong enough — or desperate enough — to do anything to keep her daughter safe?

In Outbound Train, the Parker women struggle to make frayed ends meet in a town where they never quite do… at least, not without expert weaving and a bit of brute force. 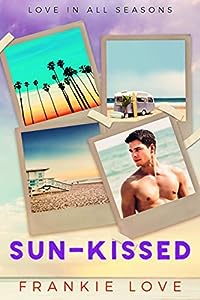 Sun-Kissed (Love In All Seasons Book 1)
by Frankie Love

Get ready for a collection of summer romances!

The Sailor’s Secret Baby
Sampson never wanted to settle down — that’s why he became a sailor.
Then he meets Sweetie, with her pouty pink lips and innocent body.
For the first time in his life he’s ready to drop anchor.

His Make-Believe Bride
I may be an Alaskan fisherman, but I didn’t expect my catch of the day to be Alice.
When I pull her from the water and see her wet clothes clinging to all the right places, I want to strip her of them and make her mine.

His Billion Dollar Secret Baby
When I see her across the cabana at the luxurious Miami beach club — I know I have to have her. She stands out from the crowd — there’s nothing fake or plastic about her.
And when our eyes lock, I know this pretty little virgin feels the exact same way.

His Old Fashioned
She’s an old fashioned girl who won’t do the deed until she’s walked down the aisle.
He better be ready to pop the question, because this cocktail waitress won’t lose her virtue to just anyone.
She wants him — bad.
But matter how thick his beard is and how deep his growl — if he wants this ingénue, he needs to drop to one knee.