I’m not ready for Spring. I have been seeing all sorts of posts from people about how they are ready for Spring and are getting ready. I don’t want to “Get Ready” and I can wait. I can wait at least a few months. To me January is a time to rest from all the craziness from the holidays and enjoy the time just exhaling. Now, I know my mood will change from day to day, and currently my mood is to explore all the different angles of the couch. I like the left side of the couch better than the right because it has a little table to put my tea on. Nice. I am content scrolling through the internet looking for Easter decor and craft ideas. That’s fun. I haven’t forgotten about Valentines Day or St. Patrick’s day.. some of you have asked me about that. But those are holidays that I don’t have to do much planning on, so my focus isn’t on them until a day or so before. In February I will kick it into gear a bit (only a bit. No promises), but for now I am going to see what the deal is with the center of the couch. What even goes on there? 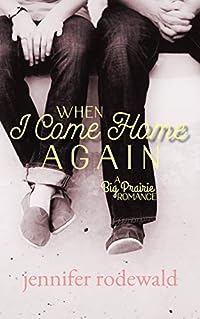 A tragic fallout drove them apart. Will forgiveness lead them to a second chance?

Brenna Blaum had been sure of three things in her life — her brother, her running, and her dad’s star receiver. But in a matter of a year’s time, everything she’d counted on fell apart, leaving her devastated. Seven years later, she’s stable again. She has a supportive boyfriend, fulfilling career, and close friends. She keeps her past heartache where it belongs — in her rearview mirror. Until the man who broke her heart finds his way back to Big Prairie.

Craig Erikson had it all — popularity, success, and the love of his high school coach’s daughter. But after a year of mistakes that ended in a tragic accident, he’d left Big Prairie — the place he’d thought to always call home — hoping that without his antagonizing presence, Brenna would be able to heal. Now his mother desperately needs him, as do two young boys in her care. Craig has little choice but to return for good.

Unsure that she can forgive him, Brenna does her best to avoid him. Irritated that she ignores him as if they’d never meant anything to each other, Craig becomes determined not to allow it. Life in a small town forces their interaction, making them confront their unresolved issues and igniting emotions that have smoldered for seven years. As Craig and Brenna are pushed together, can they endure the hard places still littering their lives? If so, is it possible to find their way back to love and home again?

When I Come Home Again is a deeply moving, tender romance about love after loss, forgiveness, and new hope.

Locked Away (DCI Alice Candy Book 1)
by B. A. Spicer

Ellie’s body jerked and her eyes flicked open. Darkness. The sound that came from her mouth was muffled. Something approximating to mah! For a split second, she could not think. Then the questions came thick and fast: Where was she? Why was it so cold and dark? Why was she lying on the ground? 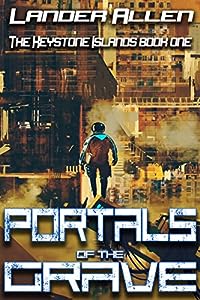 The Keystone Islands: Portals of the Grave
by Lander Allen

What if someone buried a secret inside you?

Scott, Miranda, and Dixon have no idea where they came from. At the age of seven, they fell through a portal onto the planet Cova. Their bodies were marked with mysterious surgical scars. Doctors and scientists watched them grow, always looking for answers. Were they aliens? Bio-engineered? Children from the future?

On the eve of their adulthood, answers finally arrive. A scattered and tattered people from the other side of the world seem to know the truth about the portal. However, these new people hold subtle, unexplained powers. Can they be trusted? Whatever their intentions, they are a threat to Cova.

Scott, Miranda, and Dixon are now in a race to find out who they really are. As they battle to save Cova from the threat of this new civilization, they must answer the most important question: are they the very weapons that could destroy humanity? 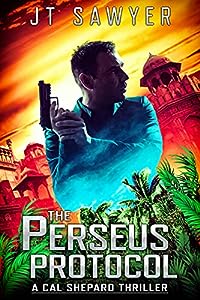 He was a hunter of men who became the hunted.

Now, he’s a warrior without a country.

And a disavowed agent with a kill order on his life.

Everyone thought former CIA operator Cal Shepard had permanently gone dark until he reappeared in India, setting off a deadly pursuit that will stretch Cal to his breaking point as he attempts to track down the originator of Perseus’ source code. Little does he know that there is more than one ruthless party who wants the device in his possession, and they’re willing to destroy anyone who gets in the way.

In an all-out race to reintegrate Perseus’ unique software into the mainframes back in the U.S. before an impending terrorist attack on American soil, Cal must take the fight to the enemy once more in the explosive follow-up to Search and Destroy. 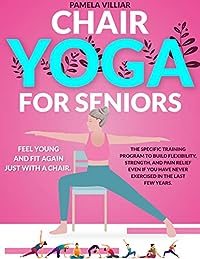 Do you want to feel better, younger, and healthier without too much effort? would you like to know the age-old secrets of the art of yoga, but do you think you can’t because of your ailments??

If yes, then keep reading!

Usually, people are perplexed when they hear “chair yoga.” This is because the complex poses associated with traditional yoga are difficult to imagine doing in a chair. To some extent, this is correct. However, traditional yoga poses have been adapted to be performed by those sitting in a chair. American yoga instructor Lakshmi Voelker-Binder first developed it in 1982. Voelker was a successful yoga instructor studying yoga since 1969. Unfortunately, one of Voelker’s students had arthritis and could no longer participate in classes, which prompted Voelker to develop a new form of yoga. Voelker took it upon herself to ensure her student was not left out.

Chair yoga poses are easier to perform and more accessible. It compromises some of the range of motion required for traditional poses. Still, it holds the same benefits as other forms of yoga with no drawbacks. It is something that was developed for comfort and convenience.