Down To Go Up!

I started and I don’t think I can stop. I started putting away a few Christmas towels and tablecloths that needed to be cleaned before packing them away until next year. Then I took the batteries out of a few trees, and started moving Christmas decorations to the dinning table to be boxed up. I wasn’t planning on putting Christmas away just yet, but it has begun. The rooms are starting to look empty, and it feels kinda nice. I won’t even think about taking the tree down. If I put everything away too quickly it gets depressing. Nope, just a few things so I can feel less smothered. I have forgotten what goes back in some of the empty spaces, and it’s leaving me with ideas to switch things up a bit. I think I am going to have a little fun with new space. NIFTY!! 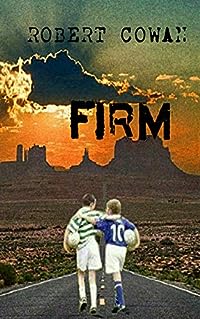 Firm: A road trip comedy like no other
by Robert Cowan

For fans of Roddy Doyle and Irvine Welsh.

Two young boys from a small town just outside Glasgow form a rare and sometimes dangerous friendship that crosses Scotland’s sectarian divide. When mysterious circumstances force one of them to cross the Atlantic it seems the old battle lines have won out. Years later they’re reunited at a family funeral and decide to head to America together on a long promised road trip. But they aren’t alone. With each stranger that crosses their path, it shapes up to be a trip of a lifetime… if they can survive.
Firm is an adventure story that flits between gritty reality and the comically bizarre. 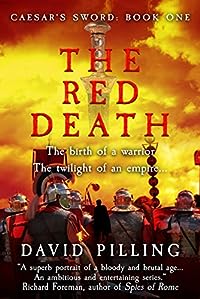 His tale begins after the death of Arthur in battle. Britain is plunged into chaos.

Coel and his mother flee overseas. They take Arthur’s sword, Caledfwlch, once possessed and wielded by Julius Caesar.

Known as The Red Death, the blade is rumoured to possess unearthly powers.

Coel joins the Roman army under Flavius Belisarius, the one of the most renowned soldiers of the age, and fights in the Roman invasion of North Africa.

The Briton makes an enemy of the corrupt Empress of the East, Theodora, and falls into the clutches of Gelimer, the mad King of the Vandals.

To prove himself before the Emperor, Coel is forced to fight for his life in the arena against Theodora’s champion. The outcome of the bloody duel will decide not only his fate, but that of the Empire.

Caesar’s sword will be bloodied once more.

David Pilling is the author of fictional and non-fictional works, including Leader of Battles, Longsword, The White Hawk, Rebellion Against Henry III: The Disinherited Montfortians 1265-74, and many more. 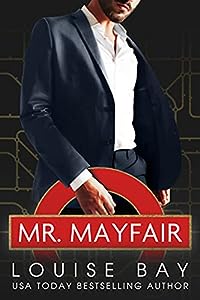 My boyfriend is getting married.

Okay, technically he’s my ex-boyfriend. Two months ago he decided he wanted a break. I still thought he was my happily ever after.

On any other day, knowing he was gone for good would be the worst thing that could possibly happen. But not today. Because not only is my boyfriend getting married — his bride is my best friend.

And they’ve sent me an invitation.

There’s no way I’m going to attend. I don’t care if it’s in beautiful Scotland. Nothing and no one could convince me.

Not even when a deliciously handsome stranger tells me he needs to go as my plus one.

Not even when he shoots me a wickedly, sexy smile.

But then he offers me the opportunity of a lifetime — a dream come true. How can I say no? I have one condition. He has to be my new boyfriend. I mean, my pretend new boyfriend.

Mr. Mayfair is a standalone book in the Mister world. 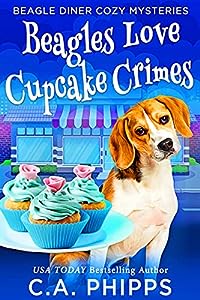 Is this Murder, She Baked?

If you love cooking wrapped around a mystery, then this is the series for you!

Cooking is all celebrity chef Lyra St. Claire ever wanted to do. Plucked from school and being thrown into the limelight was not the plan. When everything goes wrong, she yearns for her hometown and a simpler life. Where people aren’t pretending to be your friend.

But first, she must find a murderer. Sure, it isn’t the wisest thing to do, but since the police have no leads, and Cinnamon the beagle agrees, it’s time to sniff out who dislikes Lyra and her friends enough to ruin their lives.

Crimes and clues aside, what could be the motive?

Beagle Diner Cozy Mysteries features one clever beagle who owns a celebrity chef and together they discover a talent for the amateur sleuth business.

You’ll find a great recipe at the end of every book! 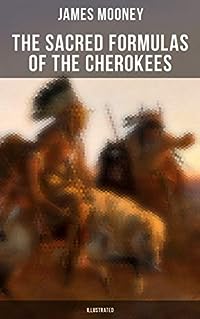 The Sacred Formulas of the Cherokees (Illustrated)
by James Mooney

The sacred formulas here given are selected from a collection of about six hundred, obtained on the Cherokee reservation in North Carolina in 1887 and 1888, and covering every subject pertaining to the daily life and thought of the Indian, including medicine, love, hunting, fishing, war, self-protection, destruction of enemies, witchcraft, the crops, the council, the ball play, etc., and, in fact, embodying almost the whole of the ancient religion of the Cherokees. The original manuscripts, now in the possession of the Bureau of Ethnology, were written by the shamans of the tribe, for their own use, in the Cherokee characters invented by Sikwâ´ya (Sequoyah) in 1821, and were obtained, with the explanations, either from the writers themselves or from their surviving relatives.

Henry “The Rimrock” Jones is a local drunk and scoundrel who believes that someday his dream will come true and he will make a lot of money from copper mine. After one terrible day of drinking, gambling and fighting, Rimrock Jones leaves the town with loads of powder and tools, and soon after that returns with loads of money. Rimrock can now pay his debts and settle the score with many people who weren’t by his side in the past, but there are many more difficulties in front of him as his enemies start resurfacing, greedy of his success.