Yesterday I reserved a racquetball court for me and the baby bassets for tonight at 6pm. My youngest had never played before and thought it would be fun to try. It’s free at the community center and they provide the racquets and and ball.  I always love exercise that is more like playing and less like working out, so it took absolutely no effort to convince me. I haven’t played in thirty years, and the only thing I remember is hit the ball and duck. I was thinking of Googeling the rules of the game, but I get the feeling it might be more fun to just jump in blind and see what happens. Two kids, one mom, and a whole lot of crazy. What could possibly go wrong?? 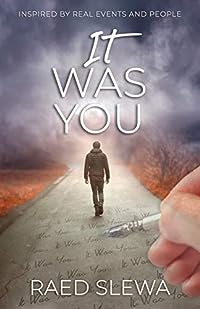 IT Was You: Inspired by real events and people
by Raed Slewa

After escaping the mental and physical abuse of life under Saddam Hussein’s dictatorial regime, Adam’s dream of starting a new life in the land of opportunities has been realized. But his bloody past lives on as internalized scares of sadness, and Adam is held captive by them, unable to move on, ultimately attempting to take his own life.

After Adam’s near miss with death, Jon, Adam’s best friend asks Adam to write a series of letters about the worst event that ever happened in his life– a last-ditch effort by Jon to help his struggling friend.

Only for Adam to realize, as he reaches the end of his letters, what he has truly lost… 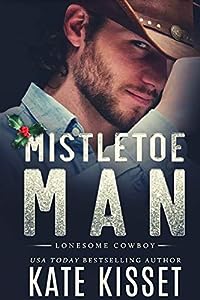 Robert David Montgomery’s band is on a break, so he’s taking the first flight out of Missoula, Montana. The second he lands in California; he’s selling the dilapidated Napa Valley Christmas tree farm he inherited from his uncle.

His plans for a quick transaction go out the window when he runs into the only women he’s ever truly loved. Monique’s had a grip on his heart since the day they said goodbye.

Staying away from her this time, won’t be easy…

Napa hotels are booked for the holiday and Bobby winds up staying at the only place with a vacancy — Monique’s grandmother’s quaint B&B.

Single mom Monique Jacobson barely has time for bath, never mind a Christmas romance. She’s working hard to get a promotion and pay raise so she and her daughter can finally have a place of their own.

But with gorgeous Bobby staying just down the hall from her, it’s impossible to ignore his sexy, green eyed stare, or forget the love they once shared.

Will the magic of Christmas, and a sprig of mistletoe be enough to give love a second chance? 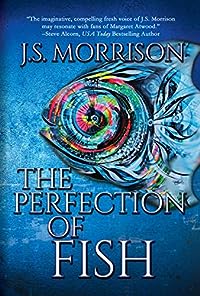 The Perfection of Fish
by J.S. Morrison

Diana Holkam discovers companies are using her twin sister as a template for the perfect subordinate female in an experiment aimed at turning all women into pets. With help from a one-eyed Muslim Bible salesman, an African American woman promoting a testosterone-reducing food supplement, and an Indian geneticist fleeing the Immigration and Customs Enforcement Agency, they fight against a misogynistic CEO, a would-be prophet of male supremacy, and the mob. Neither side realizes the AI system developing the genetic “cure” has a different plan for human evolution — a plan that has something to do with fish. 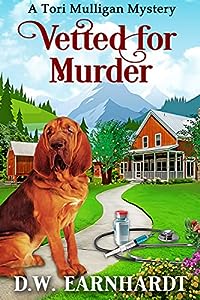 Vetted for Murder: A Tori Mulligan Mystery
by D.W. Earnhardt

Nothing stays secret in a small town… especially murder.

As the obituary columnist for a small NC mountain newspaper, Tori Mulligan is no stranger to death. But when a real-life murder mystery lands at her feet, she discovers that everyone has secrets — some more deadly than others. The sticky situation is further complicated by a handsome widower, an adorable dog, and a slew of sketchy characters. Can the sassy southern sleuth find “whodunit” without adding herself to the body count? 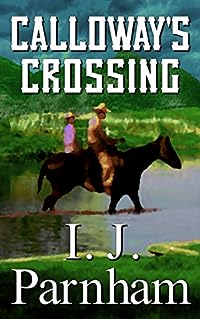 Calloway’s Crossing
by I. J. Parnham

When Trip Kincaid saved Milton Calloway’s life, Milton was so grateful he gave him his saloon at Calloway’s Crossing. But when Trip arrived to claim his property, the saloon wasn’t what he expected – it had in fact collapsed into a bubbling pool of mud!

Undeterred, Trip rebuilt the saloon. Within hours of opening, Ryan Trimble’s protection gang muscled in on him and his only compensation was the distraction his bartender, the beguiling Grace Theroux, provided.

Trip needed help to defeat Ryan and it arrived in the form of a mysterious gunslinger – but at what price? Before long, Trip faced the fight of his life to save not only the saloon but also himself and Grace.