Get Your Pumpkin Priorities In Order

I did not buy a pumpkin yesterday. I also did not ask my friend, who works at Trader Joe’s Grocery Store, to buy me one of their cute and awesomely priced pumpkins. What is wrong with me? Who am I? WHAT IS HAPPENING??? By now I would have bought at least five large pumpkins, and have already relocated them three or four times to confuse my hubby. I wonder if I am sick. This sudden change in personality might be caused by the fact that I have already purchased some Christmas presents for some of my friends and family, and now my body thinks Halloween is over. I gotta get myself back on track. I was going to hold off on decorating for Halloween until the weekend, but it might be urgent for me to do it today. If I skip even one pumpkin buying season, hubby will think I don’t need as many pumpkins as I say I do. I will have to start all over again. All that work convincing him I need twenty pumpkins a year will be down the drain. FOCUS! I will buy one on the way home from dropping the kids off at school. Yes… it’s important to start first thing this morning. 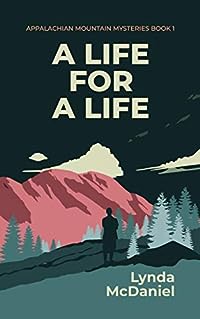 A Life for a Life: A Mystery Novel (Appalachian Mountain Mysteries Book 1)
by Lynda McDaniel

Laurel Falls, N.C., 1985: I was done with being a crime reporter in Washington, D.C., tired of all the violence. So I packed up and moved to the small town of Laurel Falls, N.C. It looked like heaven to me — ancient mountains brimming with tall trees and songbirds, peace and quiet. Until I found the body.

The sheriff took the easy way, calling it a suicide. No way. I’d found that young woman, and I knew she hadn’t taken her own life. I’d spent my whole career searching for the truth, and I wasn’t about to stop now. Trouble was, without my usual sources, how much of a murder investigation could I pull off?

But a special kid lived next door. Abit Bradshaw, a teenager struggling to find his rightful place in the world. Hey, I knew all about that. I’d never fitted in either, but eventually I’d found something I was good at. I figured he just needed a chance too.

And he got one when we teamed up to solve that crime. Along the way, we sure met some interesting characters — both bad and good. We worked hard to find the killer before we became the next victims. 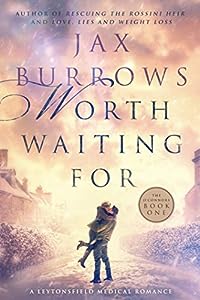 Worth Waiting For (The O’Connors Book 1)
by Jax Burrows

A hot summer solstice night. No strings sex. But there were consequences.

When Dr Casey O’Connor returns to his home town of Leytonsfield to take up the post of trauma consultant, the last person he expects to see is the woman who has haunted his dreams for the past four years.

Staff Nurse, Lexi Grainger, has made a home for herself and her daughter in Leytonsfield. She is happy with her life as A&E nurse and single mother. Now everything is about to change.

If you enjoy medical dramas, second chance romances, and secret baby stories, then you’ll love this series starter, Book One of “The O’Connors”. 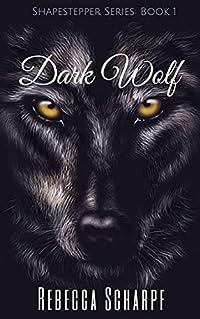 All he wants is to be left alone. All they want is a leader to hold them together.

For decades, a pack of wild wolves has stood between the small village of Millhall and outside threats. What the villagers don’t know is that the howling entities protecting them are actually their next-door neighbors.

Well, except for Fang, who would rather spend his time in wolf form than human. After all, why mingle with people when you can run alone, four paws solidly on the ground? It really is a shame the other Changers chose him as their leader, foiling his plan to spend the rest of his years in happy isolation.

But when a village youth is injured and Fang stumbles into the heart of one of the Shaqui tribes living in the surrounding woods, he realizes his plan to live alone may need to be put on hold… at least long enough to stop an impending war.

As the Changers try to untangle what, exactly, is behind the rising tension between Millhall’s villagers and the Shaqui tribes, Fang’s past explodes in his face in a way he’d never in his wildest dreams anticipated. Should he run — again? Or should he trust the team he’s worked so hard to keep at bay — a team that doesn’t care much for him, either… 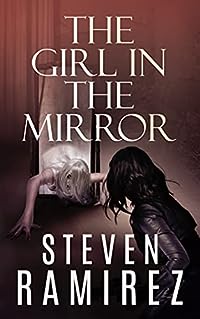 The Girl in the Mirror: A Sarah Greene Supernatural Mystery (Sarah Greene Mysteries Book 1)
by Steven Ramirez, Shannon A. Thompson

Sarah, a reluctant psychic, discovers a ghost in a mirror and opens a door to the demonic.

Sarah Greene is a successful realtor who sees ghosts–and sometimes wishes she didn’t. While renovating an old house with her ex-husband, she finds a mirror haunted by a teenager’s tortured spirit.

As she sets out to discover the victim’s identity, Sarah stumbles onto something chilling.

The people who built the house had a demon-worshipping son, Peter. And Sarah comes to believe he murdered the girl. But there’s more. An insidious evil is infesting the town of Dos Santos. Could this dark force be tied to Peter Moody?

For Sarah, digging into someone’s murderous past is bad enough. Awakening a demonic spirit could be deadly. The sweet smell of success… a bitter dose of death!

For baker Madeline McDougal, life is sweet, literally. As a bakery owner, Madeline spends her days baking a large variety of tasty treats. A skill passed down to her by her late Mother. Madeline’s pastries are a hit with not just locals, but people from all across the country. But as of late… business has been waning. Yet everything changes when Madeline notices that the backdoor of her shop has been tampered with, and is led to an even more gruesome discovery.

When the local police chief begins his investigation, Madeline becomes the prime suspect. Is she really a suspect? Or just a pawn in a dangerous game?