Do You Want Blueberries With That?

I got a sunburn. I know how to avoid sunburns, yet here I am with a sunburn. It puts the lotion on the skin or else it gets the hose! I still have not gotten over seeing the movie Silence of The Lambs. I did see the sequels, so I didn’t learn my lesson. Back to my sunburn. Ouch. Everything is too warm right now. I have a bunch of plants I still need to get in the ground, but I am acting like a vampire and hissing at the light. Okay, less of a vampire hiss and more of a bratty kid not wanting to eat their veggies growl. The only quality I share with a vampire is the pale skin. Other than that I could never be as cool as those vampires you see in the movies. These are the thoughts that run through my mind as I sit here in a puddle of hot pain. I like blueberries too. Why don’t I buy blueberries more often? 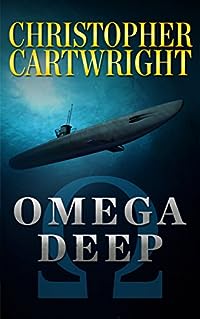 The US Navy’s most advanced nuclear attack submarine, the USS Omega Deep was the first to disappear.

It was followed swiftly by the loss of the Russian spy vessel Vostok, and then the Feng Jian, a Chinese Aircraft Carrier.

Sam Reilly and his unique team of troubleshooters are requested at the express order of the President of the United States of America to locate the Omega Deep and determine the cause of these unexplained tragedies, before they lead to World War III. 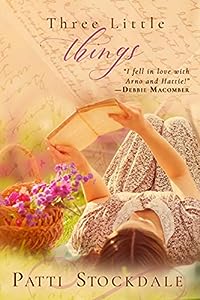 Hattie Waltz should forget the troubled neighbor leaving for boot camp in 1917. He forgot about her ages ago. It had always been the Waltzs verses the Kregers, his family pitted against hers. When she hands him a farewell gift, a chemistry lesson unfolds. The good kind.

Arno Kreger can’t leave Iowa or his old man fast enough. He’s eager to prove his worth on the battlefield and stop blaming himself for his brother’s death. Before entering the train, he bumps into Hattie. He’s loved her forever, always from the sidelines, because nobody crosses Hattie’s pa.

One innocent letter soon morphs into many. Arno and Hattie share three little secrets in each letter and grow closer together. But he’s on his way to a war across the ocean, and she’s still in her father’s house. Their newfound love will need to survive dangers on both fronts. 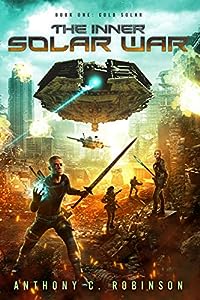 A dark and gritty page-turner set in a dystopian near-future Los Angeles the year 2048. Written in the spirits of The Hunger Games, Divergent, and Tom Clancy. Gripping characters are put through hell pursuing a worthy goal in a thrilling story of war, romance, betrayal, and secrets.

A private corporation lands on Mars before NASA in the 2020’s. The secrets they learn from the Martian rock revolutionize energy and genetics for those exposed to an ancient artifact of unknown origin. On Earth, mismanagement of the world economy led to a global collapse. The corporation, rich from its exploits on Mars, buys out the debt of the world governments and takes total control of the globe. Corporate greed drives Earth to treat her own Martian colonies as slaves for personal gain. These colonies throw off the corporate oppression in a violent revolution.

Fast forward to the year 2048 and Bowen, a competition fighter with a twisted sense of sarcastic humor, witnesses his world being ripped in half when the Martian colonists come back bringing a tidal wave of vengeance. In order to survive and stop the horrific violence he learns he must bring a naïve princess of the Martian Empire to safety.

Joanna, a cold-hearted warrior and personal guard of the princess, harbors deep hatred for the corporation and the people of Earth who killed everyone she once held dear on Mars. She learns her leaders are not who they say they are and finds herself caught in the middle of a deep conspiracy fabricated to create the war. She senses her confused feelings toward Bowen constantly splitting between wanting to kill him and wanting to kiss him.

Vladimir, a boisterous alcoholic with a passion for archery, has his nice vacation in Los Angeles turned into a harrowing fight for survival. With luck, skill, and a lot of vodka, he manages to meet up with others seeking to end the war. His attention keeps getting distracted by a hot computer hacker running surveillance for him and his team.

Low spent her whole adult life working as a computer hacker for the corporation. All she’s ever known is punching binary numbers and loyalty to her employers. Upon working an assignment with a crack team thrown together at the last minute she learns she can trust no one in her chain of command. Large powers are committing violent acts to keep the war going, but working together with Bowen, Joanna, and Vladimir, she thinks they might be just enough to set things right. 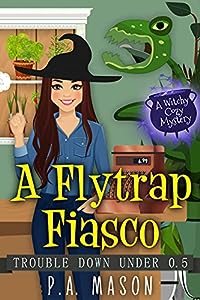 A Flytrap Fiasco: A witchy cozy mystery (Trouble Down Under)
by P.A. Mason

Hey guys, I’m Kat Crowe, and I wanna tell you about the time I spent in California which ended abruptly when someone was murdered in my store.

Maybe moving out west from Arkansas wasn’t the best move. But before everything went south, I had a lot of fun tending my magical plants and catching some waves in my spare time. I never imagined things could go so wrong. Or that I’d find myself caught up in a mystery where everyone was a suspect.

Now I don’t think of myself as an amateur sleuth, but there was no getting around the fact that I had skin in the game. So it was up to me to crack the case, or my life would be left in ruins. I’d love to tell y’all who did it… but you’ll have to read the book to find out!

If you enjoy paranormal cozy mysteries with a horticultural twist, this introductory story for Trouble Down Under should be just the ticket. 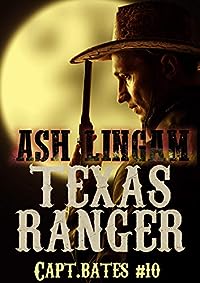 The ship, Queen of Glory, is pushed toward the Texas shores by a force-4 hurricane, with the Royal Prince, Rudolph of Austria aboard and his Baroness mistress. The European royalty has organized an expedition stretching from Galveston to Tombstone, Arizona and his government’s diplomats have demanded the United States provide an escort. Headquarters notify Captain Rowdy Bates — his entire Ranger post will meet Prince Rudolph and personally act as his bodyguard and guide — eventually delivering the couple to the Arizona Rangers to continue their voyage across the west.

Abigale Burrs has her sights on a Texas Ranger, and she’s got some tricks up her sleeve to win him over.

Will Captain Bates and Nati Buena Fuente’s wedding be indefinitely postponed in the face of such a lengthy journey?

How will the wagon train of wealthy European royalty make it across the Wild West with every Indian, bandito and American rustler across the state aware of their location?

Will Tuc and Potak, the Tonkawa scouts, keep the prince from being killed in the trek across Texas? And will they find their magic tree?