If you are looking for a new world to plunge into than look no further than the fantastical world that author Arthur Slade has created. Here you will find books full of action, adventure, betrayal, friendship, love, hate, laughter, tears, and of course dragons and assassins! You will not be able to put these books down. Enjoy! 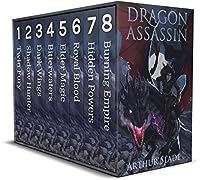 She’s an Assassin. He’s a dragon. Together, they’ll take on an empire.

Carmen wants to graduate. But the emperor wants her dead. Her classmates might, too. At least she has a dragon on her side.

Carmen is days from graduation at assassin school. She’s desperate to finish ahead of her twin brother and the rest of the class. They’ve been trained to hunt using giant black swans, but Carmen has discovered a dragon. All she has to do is get on his back. One problem: he’s killed everyone who gets near him. Then the Emperor declares war on assassins. 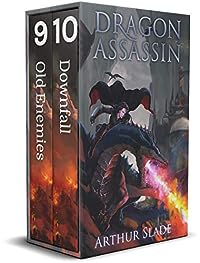 An ancient enemy rises from the seas… Brax and Carmen are exploring the ocean when they come across the dead body of a dragon on an island. He was an outcast, living far away from Drachia. And he was just recently killed. It turns out that the old enemy that the dragons believed were all destroyed have returned. And they want revenge. One dead dragon at a time…
But the only way to defeat the mightiest of giants is to face him on his home turf. It is a land like nothing Carmen has ever seen. 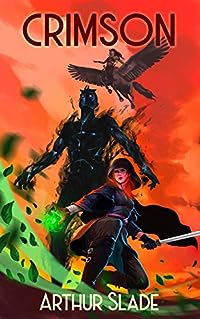 A ruthless queen. An evil god. One brave teen must outwit them both.

Fen, a simple villager, wakes one morning to discover that her hair has gone crimson: a sign she has been invested with wildmagic. This is a death sentence. Queen Servilia, the only person allowed to use magic, sends her soldiers to execute her. When the village is burned to the ground and her sister captured, Fen faces an impossible choice. Will she use her wildmagic to unleash an ancient god who could overthrow the queen, but whose power may be even more terrifying?