The next trip I made for my new job collecting fresh fruits and veggies for the fire victims in Sonoma county was to a very popular farm just twenty minutes from my home. This time I brought my mother in law and both baby bassets because I was just picking up a donation, and didn’t have to pick the veggies myself. In order to get to the little barn they had converted into a fruit and veggies stand you must drive through the long driveway that is lined with seventy five trees, half of which are fig trees. It is very hard not to just reach out and grab a fig or two. Just before you reach the barn you pass a sweet little plot that is filled with fresh basil that is just behind the large chicken coop. On the other side was the larger fields of crops. The actual fruit and veggie stand looks like an old barn and was you pass the massive garden bed filled with flowers that are ten feet high (no joke..TEN FEET) you find yourself breathing in the sweetest smell of fresh peaches. There is a huge variety of produce to choose from, and it took us a good thirty minutes to decide what we wanted. The baby bassets were having a blast picking out treats for themselves. 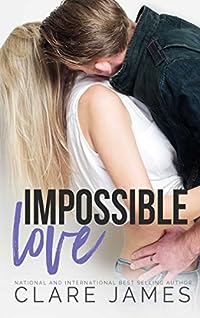 A hook-up with a hot stranger from the local bar–what could go wrong?

Yes, I know how it sounds, but trust me, I’ve thought it through. I’ve spent the entire summer thinking it through, and I’ve found the perfect place to begin–off the beaten path and, most importantly, far from campus.

I know it as soon as I spot him–an intellectual type reading a book with wild hair, square jaw, and what looks to be very kissable lips. He’s what I’ve been waiting for. My summer of practice all comes down to this. A one-night-stand. And if I can go through with it, I can take control of my life and finally move beyond my past.

But once I get my perfect stranger home and half naked? Nada.

And when I see him again, it’s not any better. I soon find out that he’s not only a student at my new university, he’s also my student advisor. Worse? This time, he’s the one with the plan.

Impossible Love, formally titled Before You Go, is about a chance meeting, an unexpected connection, and a unique romance that survives the worst of situations. 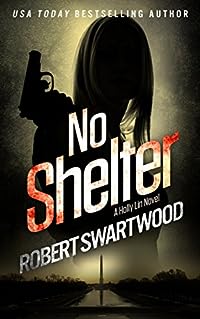 Holly Lin is living two lives. To her friends and family, she’s a pleasant, hardworking nanny. To her boss and colleagues, she’s one of the best non-sanctioned government assassins in the world.

But when a recent mission goes wrong causing one of her team members to die, she realizes she might no longer be cut out for the work — except the mission, as it turns out, is only half over, and to complete it will take her halfway across the world and bring her face to face with a ghost from her past. 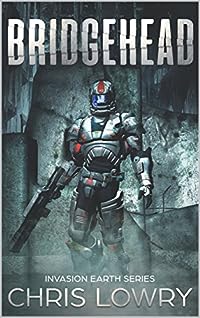 Now he has a Blaster

Lt. William “Don’t call me The Kid” Bonney put together a band of bushwhacking soldiers with one mission. Kill Licks.

The aliens invaded earth three years ago, and humans were losing. Bad.

Bonney decided to do something about it in BEACHEAD. Strike fear in the heart of the enemy, if the Lick even have hearts.
High command had other ideas and sent them to negotiate with other surviving militias.

They found the super weapons, exo-skeleton suits of armor with laser blasters, technology thought lost after the invasion and destruction of all the urban centers.

Bonney’s got a new mission. Save the man the Lick stole in an ambush. Find out if one of his new recruits is a double agent. Organize the resistance.

But he won’t forget his main business. Killing Licks. And Cousin, business is a booming. 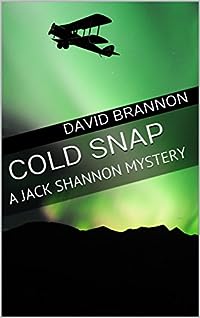 JACK SHANNON IS THE LAW ON THE LAST FRONTIER

I gave them the mean smile again. “Now boys, I wouldn’t recommend trying to kill me. In fact, if I were you, I would be putting my weapons on the ground, real gentle like. Right now.” They set their guns on the ground carefully. I waved with the Tommy gun and they took a couple of steps back. “Thanks, now let me explain my reasoning and you tell me what you think. You gents seem a little young to have fought in the war, so chances are you haven’t had a chance to see a machine gun in action.” I took a couple steps to the right to clear my line of fire and turned the chopper loose on their cabin. In about the time it takes to work up a good sneeze, I dumped half the drum into their shack. There wasn’t a whole lot left when I was done. The door was off its hinges. All the windows were shattered. The big .45 slugs had gone through both sides of the building. In some places I could see daylight. I looked back toward the four men. With my left hand, I pulled a small leather pouch out of the pocket of my duster and tossed it at the feet of the man with the shotgun.

– “More gold that you’ll ever get out of that claim and way more than it’s worth. I’m buying you out.”

– Shotgun man looked at the pouch, “How much is in there?”

– “Well, now, it doesn’t really matter how much is in there, now does it? It’s more than you’ll ever get mining your claim and you don’t have to bust your ass to get it. So what’s it going to be, you going to sell me your claim or am I going to bury you on it?” 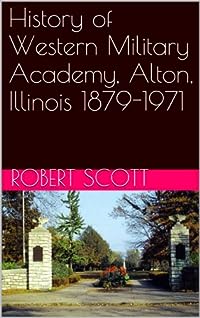 With fewer than 4,000 graduates over 92 years, Western Military Academy in Alton, Illinois educated more than ten general officers, a governor of Illinois, Thomas Hart Benton the artist, William Paley founder of CBS, Butch O’Hare World War II’s first Navy Ace and Medal of Honor winner for whom Chicago’s international airport is named and General Paul Tibbets who led the first B-17 bombing missions over German occupied Europe and as pilot of the B-29 Enola Gay dropped the first atomic bomb on Japan to help end World War II .

This book is more than about bricks and mortar or the success of Western Military Academy graduates. It is a story of how private military school education developed in America and the character of the men (and today, women) that education can develop.

For those wanting an insight into what it is like to go to a military school like Western Military Academy and what character it produces in its graduates, this book will give a look into that world