On A Warm Island

I might have to quit the exercise class I take every Monday night. Although, I shouldn’t make any decisions the day after a tough workout and feeling sore as all heckadoodle. My concern is the only other person in the class is going on vacation for six weeks. Misery loves company, and my company in misery is not going to be there. My friends make themselves scarce when I start looking for people to join the class with me. Even the crickets that you hear in the dark lonely night disappear. I don’t blame them though. I hate exercise. I am the worst to coach. The coach says to do ten thousand burbees, and I always say no. I also always cry when I am doing the ten thousand burpees. I guess I won’t make the call to quit today. My phone is just too heavy and I can’t hold it up for very long. 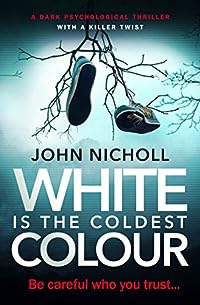 White Is The Coldest Colour: a dark psychological thriller with a killer twist (Dr David Galbraith Book 1)
by John Nicholl

Are you looking for a dark and gripping psychological thriller? Then you’ll love White Is The Coldest Colour by #1 best-selling author John Nicholl.

Be careful who you trust…

The Mailer family is oblivious to the terrible danger that enters their lives when seven-year-old Anthony is referred to the child guidance service by the family GP, following the breakdown of his parents’ marriage.

Fifty-eight-year-old Dr David Galbraith, a sadistic, predatory paedophile, employed as a consultant child psychiatrist, has already murdered one child in the soundproofed cellar below the South Wales Georgian town-house he shares with his wife and two young daughters.

When Anthony becomes Galbraith’s latest obsession he will stop at nothing to make his grotesque fantasies reality.

But can Anthony be saved before it’s too late?

The book includes content that some readers may find disturbing from the start. It is dedicated to survivors everywhere. 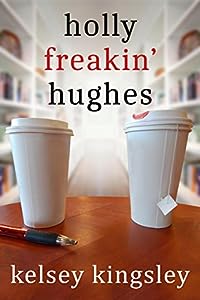 Meet Holly Hughes, a moderately successful teen advice columnist living in a studio apartment on the Upper East Side with her boyfriend Stephen. She has it all, but at the ripe age of thirty-one, she wants more. She wants to be married, she wants a family, and she’s going to have it all with Stephen.

At least, that’s what she thought, until Stephen announces he’s gay, and the domino effect of unfortunate events begins. She soon finds herself unemployed, single, and living in her sister’s house on Long Island, working as her niece’s babysitter for less than minimum wage. She’s pretty certain she’s destined to live in the Land of Mediocrity forever.

And then, her niece runs face-first into a tall, handsome man at the bookstore.

Holly Freakin’ Hughes is an HFN title about acceptance, feeling good enough, and the reality that the grass isn’t always greener on the other side.

Aliens have planned against us for centuries… And now the attack is ready.

Charlie Jackson’s archaeological team find advanced technology in an undisturbed 16th Century graves. While investigating the discovery, giant sinkholes appear across planet, marking the start of Earth’s colonization and the descent of civilization.

Charlie, and the rest of humanity will have to fight for survival, sacrificing the life they’ve known to protect themselves from an ancient and previously dormant enemy. Even that might not be enough as aliens exact a plan that will change the course of history forever.

Critical Dawn is the republished apocalyptic ride to the very edge of human existence. Factions will battle for control of the Earth — if they can avoid the threat of extinction. 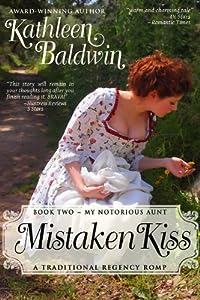 Willa is nearly blind, but she knows trouble when she trips over it.

Willa, the vicar’s little sister knows full well that her prospects are bleak. When she accidentally kisses Alexander Braeburn, her dull predictable world turns upside down. Logic dictates that she should stay away from the handsome Corinthian. He’s the black sheep of their village. But how can she resist? She yearns for one more taste of the most tantalizing excitement she has ever experienced. Just one more, before Willa settles back into her dreary life forever.

Alex is intrigued by the refreshingly forthright Willa. Her genuine character warms his jaded heart and makes him smile. When she naïvely marches into trouble, Alex feels duty bound to rescue her. Is it duty? Or something else that compels him to watch over the vicar’s little sister? 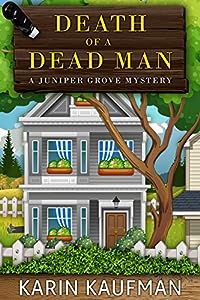 The 1st book in the Juniper Grove Mystery Series!

In the small town of Juniper Grove, newcomer Rachel Stowe has finally found the good friends and quiet life she always craved. So when a stranger arrives in town and stirs painful memories of a baffling episode in the town’s past, Rachel vows to put an end to his mischief.

But events take a nasty turn when Rachel discovers a body in her own backyard and suspicion for the murder falls on her widowed neighbor. Despite being warned off the case by the town’s handsome but aloof police chief, Rachel makes it her mission to clear her neighbor’s name and find the real killer. Can she crack the case before another body turns up?

This light, cozy mystery offers a clean read with a female amateur sleuth in a small-town setting. No foul language, sex, gore, or graphic scenes of any kind. It can be read as a standalone, but it will be enjoyed more as part of the series.