The Forced Entry series by Steve M, is the action-packed series that challenges you to think about problems beyond the page. Enter into the paranoid, claustrophobic world from the perspective of a grower with a problem; his mistakes are always big ones. 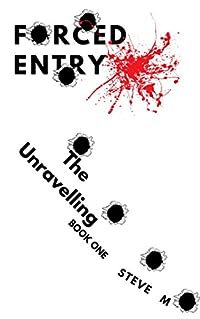 All I could think of was that I would go to prison.
And they would get the money too. I planned for everything, everything except a homeless kid.

What would you do? 4 grow houses. Million of dollars. It was 2014 and the business was changing rapidly.
The kid was looking for a dry place to sleep, away from the cops, away from the shit on the streets.

Some tests we’re not supposed to fail. I wasn’t ready to be tested.

Follow our narrator through the worst day of his life. Dark clouds and bad choices.
Jackson, Mississippi is a tough town. Been that way as long as people can remember.

You want normal? Read something else.

Get Forced Entry now, the unexpected gut punch.
The first one is on me. 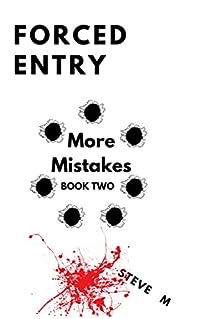 The sound of the dirt hitting the plastic as I buried the body echoed in my ears for days.
Close my eyes and the auditory hallucination began again.
Not sure if I can come back from where I’m going.
My whole life I’ve been cursed by one thing: my mistakes are big ones.

Some men deserve to die.

The story picks back up in the aftermath of the Jackson grow house disaster.
Despite the planning, the paranoia, the attention to detail and the control, things keep spiraling out of control.

Meet Jenny, the suburban housewife in Biloxi, Mississippi that can do differential equations in her head.
She’s smart that way.
Not so smart in other ways.
She lives across the street from a grow house.

Can the narrator pull out of the slump?
Can he get out alive? 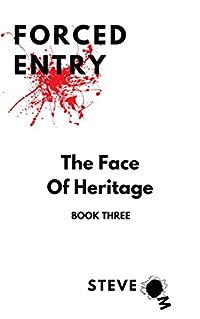 Forced Entry: The Face of Heritage
by Steve M

Sometimes when you try to run as far away as you can, you come full circle and must face up to where you come from and who you are.

“Nothing in the whole wide world binds people together like murder.”

The latest episode looks deeper into the life of the narrator, bringing the traditional family values of meanness, hatred and racism into focus.

Bill has been a southern ‘fixer’ for decades. Old ways and old methods are his specialty. Most people fear him; smart ones avoid him.

The narrator hates his uncle. Bill has a dream, a dark and evil project that drives him. The old man sees an opportunity to advance the schedule and welcomes his nephew back into the family, a group he left decades ago. 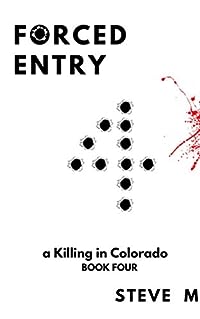 Dirt in Colorado is real hard to break up.

When a friend is shot, the narrator comes to help. While Z is in the hospital fighting for his life, the narrator is working to save his friend’s dying crop. But thieves have other plans.

There is a sense of justice in all of us. But how deep does it go? How deep should it go? Is revenge really justice? What would you do?

The narrator is back in the game but it’s not the same game he left four years ago. He’s trying hard to catch up with the new technology of concentrates and hydroponic systems.

But one thing hasn’t changed, the paranoia and fear. It’s back.

So are the auditory hallucinations. ‘CH’… the sound of dirt as it hit plastic sheeting. He hears it when he closes his eyes. He hears it every night.

‘A Killing in Colorado’ is not your usual thriller.
If you want normal, read something else. 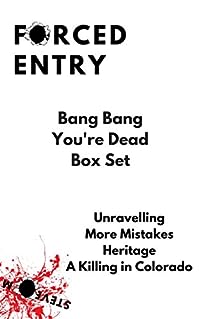 What is legal in Colorado will get you killed in Mississippi.
4 grow houses, 8 million dollars.

Now all three episodes together.

He was in his 19th month and cruising towards the finish line.
The kid was looking for a safe place to sleep, away from the cops and the shit on the streets.
Jackson, Mississippi is a toxic place. Been that way for a long time.

Take a ride through the Cannabis business in the dirty south.
Hang on tight.

Enter into the paranoid, claustrophobic world from the perspective of a grower with a problem; his mistakes are always big ones.

Follow our narrator as he starts the worst day of his life.
Then it gets worse.

It’s not about fate or destiny.
It’s about mistakes.

A downward spiral is hard to turn around.
It require drastic measures and steely resolve.
Our narrator may not have what it takes.

What would you do?