USA TODAY & AMAZON #1 BESTSELLING AUTHOR. ONE OF THE BEST NEW VOICES IN THE ACTION THRILLER GENRE. David Archer is back with a vengeance with his newest hero, Noah Wolf. After fans raved about his debut series, The Sam Prichard Novels, Archer now is about to back even harder. People are already throwing out names like Mitch Rapp and Alex Cross, but don’t take my word for it. See what all the fuss is about before Archer becomes a household name! 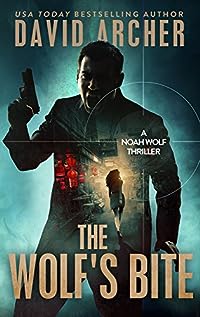 Noah and the Camelot team are handed their most unusual mission yet: Sarah must infiltrate the infamous Bangkok Hilton women’s prison in order to make contact with and plan the rescue of a young American woman. Noah, Neil and new team member Marco are tasked with planning their escape, but something goes terribly wrong.

Sarah and the target banished from the prison, dragged into the infamous Thailand Sex Trade. Now, the mission has taken on new urgency as Noah and his team race to find and rescue both of the women, but the trail is almost impossible to follow.

In order to accomplish the rescue, Noah is forced to call for help. Another female operative will be needed, so Team Camelot must work with Team Cinderella for the first time. It’s a frantic and deadly race against time that could cost Noah the one person that has ever gotten through to his walled-off emotions.