Can I Borrow Your Pup?

All my little pup Junebug wants is to be in my lap. ALWAYS!! I actually seriously considered a Baby Bjorn so I can carry her around and still get the things done I need to. If I do not have her in my lap, she looks at me with those huge eyes, her body shivering, and I swear I hear Sarah McLachlan music playing in the background. The dog has mad skills when it comes to laying on the guilt. How do you even fight that kind of manipulation? I am not sure if I can wait for my neighbor to get a puppy. I need a friend for this dog now. I actually found a website that matches people up with short-term foster care. People aren’t giving up their dogs, they just need to temporarily place them in a home. They even pay for all the food and medical! I have never heard of this before so I have to do a bit more research. Until then, if anyone knows how to fight these looks from Junebug, any advice is welcome. 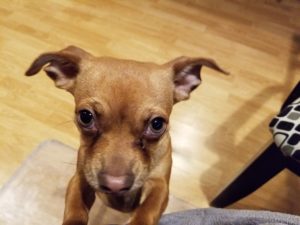 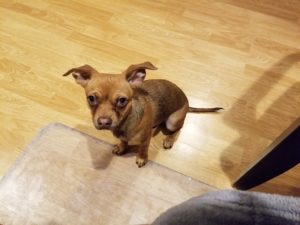 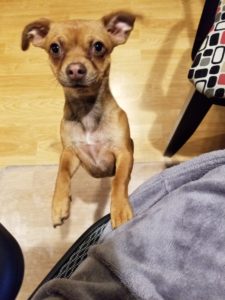 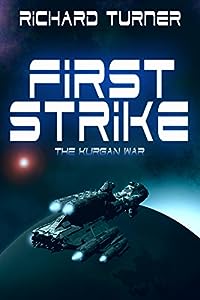 When war comes after a century of peace, it is sudden and brutal. Taken by surprise Earth’s far-flung colonies are in danger.

The only son of an admiral, Second Lieutenant Michael Sheridan finds himself thrust into a desperate conflict that he and the untried soldiers under his command are not ready for. Focusing on the people struggling to survive the onslaught, First Strike is a novel that propels the reader to the furthest limits of space. Fighting a ruthless and determined enemy, Sheridan soon learns the brutal lessons of war and that his enemy may not be what it appears to be. 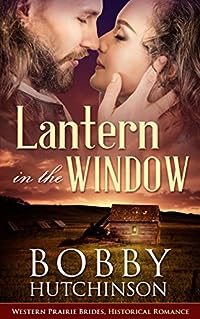 Lantern In The Window: Western Prairie Brides
by Bobby Hutchinson

Ever wondered what it might be like to be a mail order bride?
Or the groom, already married to a woman he’s never laid eyes on?
On the Canadian prairies in 1886, having a mail order romance wasn’t unusual. Noah Ferguson desperately needs help on his farm.
Annie Tompkins knows she can’t go on working in Lazenby’s cotton mill. Her little sister Betsy will die if they stay there. So she’s been a little less than honest in her letters to Noah, is that really so terrible?
It’s unforgivable, Noah fumes. He wanted an older widow, and Annie is a young virgin. But even that isn’t the full extent of her lies. Problem is, Noah hasn’t exactly been straight with Annie, either, and his secret has the power to break Annie’s heart.
Can time and even a special Christmas gift make their marriage work?
This is a standalone story, a mail order brides western romance. 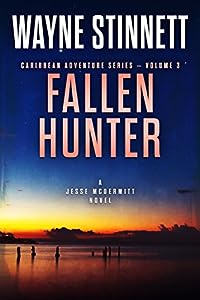 Jesse’s back in this exciting sequel to Fallen Palm. Grieving over the loss of a loved one to terrorists, Jesse’s been holed up on his island home for months, numbing his mind and body with endless, mundane tasks.

A friend comes to him asking Jesse to help her dad who’s been pressured into running drugs for a Cuban smuggler. Jesse finds out the smuggler is also an arms merchant for Hezbollah, the terrorist organization responsible for the death of someone close. Once again, Jesse looks to settle the score.

Fast boats, beautiful underwater scenery, and blazing guns abound in this fast paced romp through the Caribbean, with stops in Cuba, Key West, and Cozumel, Mexico. 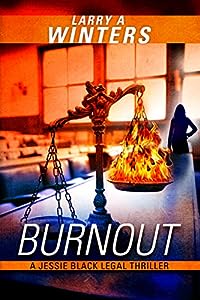 One man’s breakdown could set a killer free…

Jessie Black’s successful prosecution of a serial murderer and rapist put her on the path to stardom at the Philadelphia District Attorney’s Office. Public defender Jack Ackerman represented the opposition, and his spectacular public breakdown after the trial put him in a mental institution and gave Frank Ramsey a second chance at freedom.

When Ramsey petitions the court for a new trial with a claim that Ackerman was ineffective, Black must step up to defend him. To keep a convicted killer off the streets, she’ll need to prove Ackerman’s sanity–a fact she’s far from sure of. As she prepares for trial, powerful forces conspire to put Ramsey back on the streets.

Black has one chance to keep Ramsey behind bars, and it’ll be the toughest fight of her career. 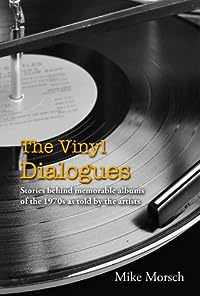 The Vinyl Dialogues: Stories behind memorable albums of the 1970s as told by the artists
by Mike Morsch

The new book by Mike Morsch features interviews with Rock luminaries such as Hall & Oates, Stevie Van Zandt, Dave Mason, Edgar Winter, Joe Vitale, The Doobie Brothers, Al Stewart and more. The Vinyl Dialogues offers the stories behind 31 of the top albums of the 70s, including backstories behind the albums, the songs, and the artists.

It was the 1970s: Big hair, bell-bottomed pants, Elvis sideburns and puka shell necklaces. The drugs, the freedom, the Me Generation, the lime green leisure suits.

And then there was the music and how it defined a generation. The birth of Philly soul, the Jersey Shore Sound and disco.

It’s all there in “The Vinyl Dialogues,” as told by the artists who lived and made Rock and Roll history throughout the decade.

Throw in a little political intrigue – The Guess Who being asked not to play its biggest hit, “American Woman,” at a White House appearance and Brewer and Shipley being called political subversives and making President Nixon’s infamous “enemies list” – and “The Vinyl Dialogues offers a first-hand snapshot of a country in transition, hung over from the massive cultural changes of the 1960s and ready to dress outrageously and to shake its collective booty. All seen through the eyes, recollections and perspectives of the artists who lived it and made all that great music on all those great albums.