Skid Up To The Mark & Free Kindle Books

Tough Mudder Mile 2.5, Skidmarked. Skidmarked is a lot like Berlin Wall, but instead of being straight up and down, it is angled at you. I was still feeling pretty darn confident from the last two obstacles and flew over this one like Cat Woman. At least that is how I looked in my head. Reality showed me scaling that wall like a sloth after a six pack of Budweiser, but I made it either way, so yaaa… there’s that. Tough Mudder didn’t say anything about being graceful. At that moment I was a gazelle. It’s easy though to be confident with obstacles you have done before. In the back of my mind I was worrying about the very last obstacle, Kong. By the looks of the pictures and videos I reviewed, Kong was about 50 feet high (more like 15 or 20) and they were  five rings that you had to swing on to get from one platform to the other side. My confidence was always balanced out by my fear of breaking both my legs on Kong. 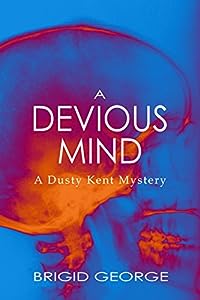 It was a silent death. One blow to her head was all it took. The killer struck Marcia Hamilton, a sixty-year-old grandmother of slim build, from behind. Marcia’s status as a distinguished author could not save her. The killer rolled her body, ‘like a piece of discarded junk’, down into a gully where it remained for almost two weeks.

This murder is the most heinous crime imaginable: the crime of matricide. Dusty Kent is sure of that. But which of Marcia’s four offspring would be capable of such a deed? Dusty is determined to expose the murderer no matter who it is. Can she do it before the killer strikes again? Someone who’s already killed their mother would have no qualms about ‘bumping off’ a mere sibling in order to avoid exposure.

A Devious Mind is an enthralling whodunit awash with mystery and atmosphere — from the message seemingly sent by the murder victim after her death, to the intrigue of family dynamics, to the ambling lifestyle of Byron Bay: Australia’s famous beach town.

This is Book 2 of the Dusty Kent murder mysteries following Murder in Murloo. 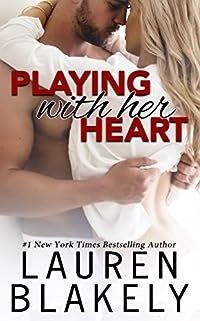 Playing With Her Heart
by Lauren Blakely

I’m trying to resist him, I swear. I’m good at resisting, and at playing pretend too. It’s what I do for a living. But as Davis Milo directs me in my first Broadway play, I’m having a harder time pretending that I don’t want him to take me. On the piano. In the limo. In the dressing room. Anywhere and everywhere. And the more he guides me through staged kisses, the more I want them to be real.
***
I damn well know the first rule of directing: Never fall for your leading lady. But I’m captivated by her raw talent, and fighting this desire grows harder every day I spend with her. Keeping things professional isn’t an option. I want all of her. Soon we’re staying late in the empty theatre, our private rehearsals spiraling into new, forbidden territory. I swear I’m not playing with her heart, but how can I be sure that what she feels is real, and not a part of the play? 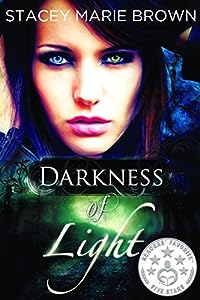 Ember Brycin has always known she’s different. After finding her mother brutally murdered, her mind begins to see things that shouldn’t exist. The more she feels her sanity slipping, the more bizarre and inexplicable things constantly happen around her.

When the latest school explosion lands her in a facility for troubled youth, she meets Eli Dragen — a hot as hell, darkly mysterious, bad boy from a notorious biker gang. Their connection is full of passion, danger, and secrets. Secrets that will destroy her life and lead her down a path she could never imagine.

A pawn in a war between the Fae.

In the middle of Light and Dark, Ember finds another world where truth and knowledge are power and no one can be trusted. 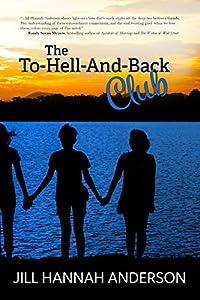 When you’ve been to hell… new friends can bring you back.

In this inspiring debut from Jill Hannah Anderson~ Peyton Brooks, a newly-empty nester with a comatose marriage, loses her three best friends in a car crash, and reaches out to women in the To-Hell-And-Back Club, hoping they’ll help resuscitate her life.

Through the “Hell Club”, Peyton learns that it’s never too late to begin again. These been-there-felt-that women use their sense of humor, strength, and support to help pull her off the couch and back to living her life.

She puts an end to her troubled marriage and rebuilds the life she’d put aside two decades ago. But when Peyton digs up time capsules she and her friends buried years ago and uncovers secrets about those she loved, she struggles to keep her own life-changing secret buried.

The “Hell Club” women help remind Peyton of the strength within her. She finds a renewed hope in life and love when she faces the mistakes and guilt that have troubled her for years. When Peyton’s secret is discovered, she’s going to need the “Hell Club” women more than ever.

The To-Hell-And-Back Club is an inspiring book that reminds us that it’s never too late to start over, and that living a life of regrets is no life at all. 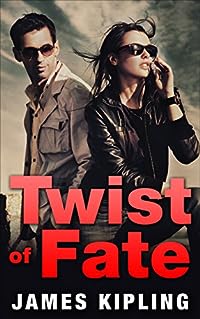 With a streak of mischief woven into her rebellious nature, twenty-four year old Bailey Dunmore lives life of her own accord. When she is unexpectedly handed the reins of her father’s company, Dunmore Corporation, she is forced to put aside her own interests for the sake of the business.

Things haven’t gotten off to the best start. On her first day back from college, she is involved in a minor fender bender with employee Ryan Butler. Their serendipitous meeting proves to be a positive event as Bailey finds herself taken with the young executive in subsequent days. She had closed her heart to love for so long, but something about him stirs something within.

Unforeseen complications arise when she later suspects him to have embezzled from her company. In a bid to uncover the truth, the world as she knows it turns upside down. Someone has ulterior motives, but who is it and why is Dunmore Corporation a target?

Uncovering the real culprit is more than Bailey ever bargained for. The stakes are high. Will she pay with her life?