Whose idea was it to start our work and school days at 8:00? We should go back in time and smack that person. I think 10am would be much more reasonable. I’m sure there are studies out there that would prove people would be much more productive if they could just sleep in two more hours. What’s the point of these great studies if we aren’t even going to take their great advice? Why hasn’t anyone invented this time machine yet? We all want one. Someone is not sharing. 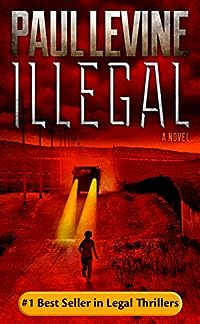 A down-and-out L.A. lawyer with nothing to lose…
A beautiful Mexican woman and her son who disappear crossing the border… And the corrupt rancher who schemes to destroy them all.

Set in the world of human trafficking and sex slavery, this a “masterful tale from one of the most skillful practitioners of the modern thriller.” 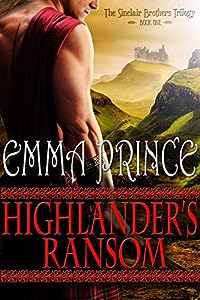 Book One of the Sinclair Brothers Trilogy

He was out for revenge.

Laird Robert Sinclair will stop at nothing to exact revenge on Lord Raef Warren, the English scoundrel who brought war to his doorstep and razed his lands and people. Leaving his clan in the Highlands to conduct covert attacks in the Borderlands, Robert lives to be a thorn in Warren’s side. So when he finds a beautiful English lass on her way to marry Warren, he whisks her away to the Highlands with a plan to ransom her back to her dastardly fiance.

She would not be controlled.

Lady Alwin Hewett had no idea when she left her father’s manor to marry a man she’d never met that she would instead be kidnapped by a Highland rogue out for vengeance. But she refuses to be a pawn in any man’s game. So when she learns that Robert has had them secretly wed, she will stop at nothing to regain her freedom. But her heart may have other plans… 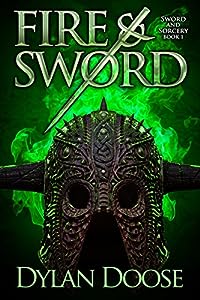 Fire and Sword (Sword and Sorcery Book 1)
by Dylan Doose

Condemned to hang for their crimes, they’ll march instead to perish as heroes, or live as free men.

A broken nation in need of a savior – ravaged by plague, decimated by dark magic, infiltrated by a foreign evil seeking to dominate from within. Three will rise to save the beleaguered land. But will they be enough?

A fantasy adventure for fans of Joe Abercrombie, Mark Lawrence and Scott Lynch!

Three men condemned to die: Aldous Weaver, a heretic monk turned sorcerer, imprisoned for accidentally incinerating the leader of his order. Kendrick the Cold, an infamous crusader turned fugitive, is a villain who knows he can never be a hero. Theron Ward, an aristocrat with a penchant for slaughtering monsters, and a legend in his own mind.

When the kingdom of Brynth is threatened by a far greater evil, the unlikely trio must make a choice — seek to escape this land that cries for their execution, or find the true heroes within themselves. And then, armed with fire and sword, march together against the forces of darkness. But can three such disparate warriors ever prevail? 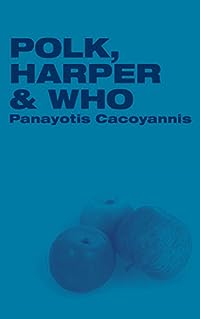 POLK, HARPER & WHO
by Panayotis Cacoyannis

All-round adorable Adam – adopted, mixed-race, with a deep social conscience that he shares with his wife – claims to have no issues other than having no issues. Raised by remarkable parents, he has grown up happy and grounded, uninterested in his “other parents” or in why they might have had to give him up.

Having lost her father at fifteen, and still suffering a terrible relationship with “mother”, Eva has more issues than she cares to admit, and it falls to an unexpected visit by two policemen to uncover a secret she has kept from her husband since the first day they met.

With the past at last explained, and the worst of it now apparently behind them, today has been a day of good news, which Eva is looking forward to sharing with the friends who have invited them to dinner. But their hosts seem to have very different plans for the evening, and the air is thick with tension as gradually the reason for their invitation begins to come out…
Its satirical humor sometimes black and irreverent, POLK, HARPER & WHO is a contemporary tale of complex family relationships, of friendships being put to the test, and of imperfect London love within imperfect London lives. 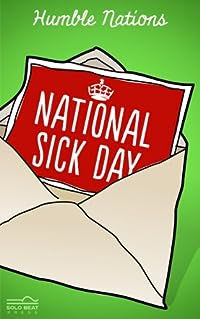 The life of a human resources officer suits Melissa just fine. That is, until a strange, unstamped letter – urging rebellion – arrives one Tuesday morning, setting the wheels in motion for a comedy of catastrophe and office-based high drama.

MAY CONTAIN: Adult humour and traces of fish.
NOT SUITABLE FOR: Children, ichthyophobics, or those of a serious disposition.