I did something yesterday that I haven’t done in so long I almost forgot how to do it. Water my plants! It felt fantastic! It’s a little lame that my new garden boxes are right up next to the house, so when it rains only about two inches of it gets a water, so that seems like a bit of a waste. This also means that the seeds I had planted haven’t sprouted yet, but since now I have to water on a regular basis thing will really kick into gear. I don’t care what the calendar says…I declare it Spring! 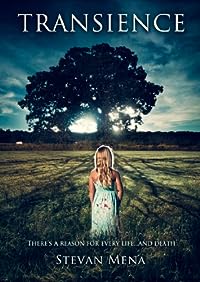 Detective Jack Ridge is dying. But that isn’t stopping him from trying to find a missing girl. Concealing his illness, he stays on to continue the struggle to solve the case. Several other girls who’ve disappeared have all turned up dead, and Jack knows he doesn’t have much time. But the case goes cold, and Jack has all but given up hope until 9 year old Rebecca provides the clues which can catch the killer.

Unaware of the secret that she’s carrying, Rebecca is tormented by nightmares and visions she can’t understand. While undergoing therapy, her doctor uncovers the root of her fear, the memory of a horrific murder. But the identity of the victim is the most shocking of all. When Jack learns how the girl’s story was acquired, it challenges everything he believes. Jack dismisses her account until an incident reveals her story to be irrefutable. The events that follow will change Jack forever, and prove to him that there’s a reason and purpose for every life… and death. 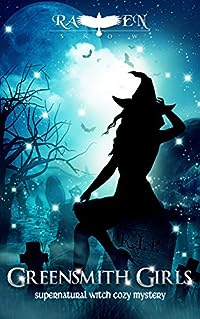 The town of Lainswich is a bizarre place. It’s an insular community and home to a lot of strange happenings. It’s also home to the Greensmith family. Rumor has it that they’re a family of witches. The rumors are right.

Rowen Greensmith moved away to escape her crazy family. She has her own place and a job in tabloid journalism. Things aren’t perfect, but she’s hopeful they’ll improve. When Rowen’s Aunt Lydia calls her with news of a murder, all of that is turned on its head.

During the annual Greensmith family yard sale, Rowen’s Aunt Nadine sold a chest that turned out to have a dead body in it. As if that wasn’t bad enough, the woman she sold it to has now turned up dead! It’s a juicy story, and once Rowen’s boss catches wind of it, Rowen is put on the case.

Now Rowen is thrown back into the life she tried to escape. Everyone in the town of Lainswich remembers her, even the ones she rather wishes didn’t. The only total stranger is a handsome businessman who’s new to town. Unfortunately, he has motives all his own.

The theme of this book is a Supernatural/Paranormal Witch Themed Cozy Mystery. It is a Novel, approx. 40,000 words in length which will typically take the average reader about two hours to read. It is the first volume of the Lainswich Witches Mystery Series. This book is a standalone, reading further volumes is not required to resolve or enjoy the book. Romance is clean. 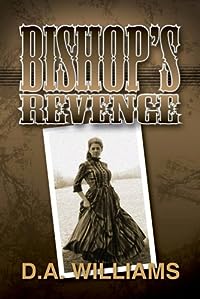 BISHOP’S REVENGE
by D. A. WILLIAMS

A Novel of Suspense, Adventure, and Drama, set in the Old West

This adventurous story is about a woman’s strong will for vengeance, intertwined with a Pioneer mother’s deep love and devotion. After being savagely attacked and rescuing her daughter from near death, Mayleen Bishop vows revenge against her attacker, but soon finds herself involuntarily entangled in a web of conspiracy involving the United States Cavalry.

A hard-hitting tale of real grit and determination, Bishop’s Revenge is dotted with humor and filled with surprises throughout. An exciting novel that will appeal to both men and women. 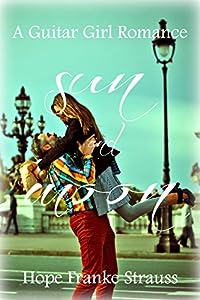 Will Katja find happiness on her quest for the truth about Micah?

Katja Stoltz is a risk-taking singer-songwriter, hoping to make it in the indie music scene in Dresden, Germany. Micah Sturm’s a brooding uptown banker on a quest.

Driven to the streets, Katja is picked up by Micah – but he doesn’t want what she thinks he does.

There’s an undeniable attraction between them, a gravitational pull they both struggle to resist. Katja can’t help but fall in love.

But Micah has a secret that could ruin everything. 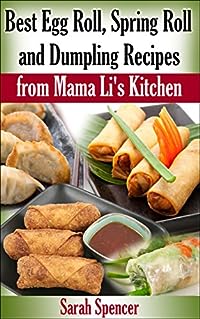 Mama Li showed me everything I know about cooking Asian foods. One of the fondest memories I have from Mama Li was helping her make dumplings, egg rolls, and spring rolls for a friend’s wedding. It was a family affair, and everyone was helping out. We were doing everything from rolling the dough, making the shapes, making the fillings, folding the egg rolls, spring rolls, and dumplings just right, cooking them and finally getting them packed and ready to go. We had made what seem to me to be thousands of them! She had 12 different kinds of filling, and each one had a different shape. It took us two full days to make all these little packets full of goodness. Some she would fry, others would be steamed, and some were just baked in the oven. They were all done from scratch. For those two days, we ate, lived, and laughed dumplings! They were the best that I had ever tasted.

It has become a tradition in our family to cook like Mama Li. In this book, you will find a collection of her best recipes for egg rolls, spring rolls, and dumplings… and a few bonus recipes!

They are filled with flavors from Asia, delicate and so fragrant. The ingredients are fresh, healthy, and wholesome. They are easy to find. If you happen to be living near an Asian market, don’t hesitate to visit and get some of your ingredients there. It will make it even more authentic.

In this book, you will find everything you need to know about making delicious, home-made egg rolls, spring rolls, and dumplings, including:

So let’s get cooking!