Fit For A Turkey!

I am going to say something I have never said before in my entire life. I really want to go for a run. I downloaded a free app called Zombie Run, where you live out a zombie adventure while you jog. I am not a big zombie fan, but I still found the app to be quite entertaining. I really want to find out what happens next, so I need to go for a jog. You can also walk with the app, but if it distracts me this much from the pain and misery of jogging, well…why not! We are packing up to go camping right now and I am trying to figure out a way to get in a quick run/adventure. At this rate I should be in shape by Thanksgiving! 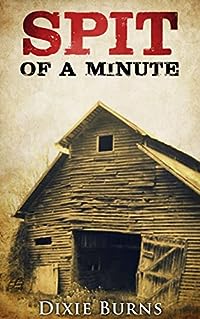 Spit of a Minute: An irreconcilable life.
Dixie Burns

“From gypsies to Jezebels, mules to monkeys and everything in between, the author crafts a rich slate of Flannery O’Connor-esque characters. You cannot help but find yourself pulling for them all, even the mean, low-down drunks and the whores.Make no mistake. Queenie’s is not a sappy coming of age story. Ms. Dixie fearlessly pulls no punches. I cannot wait to see what this original voice comes up with next. ” *Available now! The rest of the story:” Only More So” What happened to Queenie? How did life turn out for Abba Gee? “Only More So” completes the saga! “Burn’s language is palpably evocative of the period–you could vividly imagine the scenes in sepia, peopled by those long-ago characters that now only exist as memory.” “Burns writes with a relaxed, leisurely cadence with confidence in her literary powers. She effectively simulates the feel and mood of the South, as well as the hustle and bustle of the city–something about the writing, not the plot, that reminds me so much of Harper Lee’s classic `To Kill a Mockingbird.’ “Burn’s compelling narrative subtly shifts in tone and texture according to the changes in time, and this is one of the qualities in her writing that makes me hope she actually writes more, and soon.” 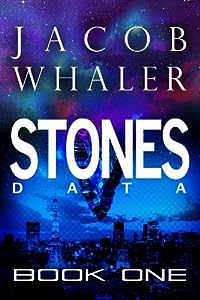 #1 Amazon Thriller! A New Take on Good versus Evil! A novel that will blow your mind and open your eyes!

Alexander the Great. Genghis Kahn. Julius Caesar. Attila the Hun. Mao. Stalin. For thousands of years, the Stones have been hidden among us, giving a privileged few power to rule over masses, destroy empires and create new ones. It’s near the end of the 21st century. When Matt Newmark was ten years old, his mother was killed in a vicious corporate assassination. For the last twelve years, he’s been living off grid under the over-protective care of his father, running from dark forces, trying to stay alive. Now Matt finally has a chance to break away and start a new life. On the eve of a trip to Japan, he finds a dark rock in the shape of a claw. Life is never the same again. With the help of a Shinto priest, Matt discovers it’s a Stone, a piece of ancient alien technology that gives him a sweeping view of history and control over time, matter and energy. But Matt is not alone. Mikal Ryzaard has a Stone of his own and a burning vision to eliminate suffering from the earth and bring back Paradise. With all the resources of a massive multinational corporation behind him, he tracks down Matt and makes him an offer. Join me or die. 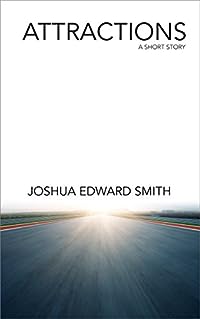 Is beauty an objective truth, or something that derives from the state of mind of the beholder? In this short story by romance novelist Joshua Edward Smith, the attraction a man has for his wife is contrasted against his ephemeral attraction for another woman. Rich with symbolism and insight, this dream-like journey will take you into the innermost thoughts of a man as he takes a short trip that may also be the longest of his life. This is a single short story, about 12 pages in length. 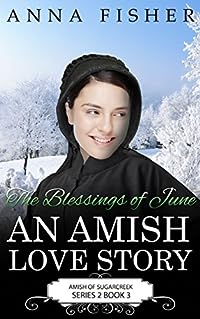 When you’ve lost your chance to be with the only man who you’ve ever loved, how do you move on? Just days after the harvest season finished, June was able to recognize her undeniable feelings for Mikey. However, she was too late. Mikey had begun courting Phoebe Hershberger. Now, June must find a way to move forward with her life as to not interfere with the couple who seems to get along great with one another. But, with Mikey as her next door neighbor, will she really be able to avoid him easily enough to forget her feelings for him? Enter the world of Sugarcreek for the final time along with Mikey, June, Phoebe, John and Naomi for the ending installment of the June Amish Romance Series. A tale of five Amish young adults comes to a dramatic and exciting finish in Sugarcreek, Ohio.

This is the third and final book in the serialized “June Amish Romance” series. While it contains enough information to stand alone, it’s best enjoyed with the first two books of the series! 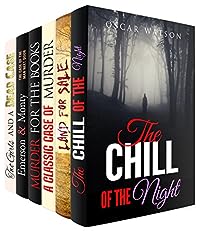 With this bundle, you’ll receive: • The Chill of the Night • Land For Sale • A Classic Case of Murder • Murder for the Books • Emerson & Monty: The Case of the Man Next Door • Two Girls and a Dead Case

In The Chill of the Night, Many things go ‘bump’ in the night. These stories are a gathering of some of the most chilling, thought-provoking and wondrous tales of fright. You’ll want to be cozy and secure when you dive into these depths, for more than just your nerve will be tested… for these are stories meant to drive your spirit to the edge of insanity, and bring you back in time for breakfast!

Land For Sale –  There is a break in at real estate agent Zoey Wright’s home in the middle of the night. Ben Keyes investigates. The next day, Zoey discovers that her office has also been ransacked. Ben investigates the follow-up crime. Later, the body of a man is found in his garden, shot to death.

A Classic Case of Murder –  Ben and Mark, from the Clements Police Department, are investigating a pretty classic case of murder. Carrie Wellington, a famous writer, was murdered in her own car. What a tragic loss! She was such a nice woman, kind and generous! Who would think she’d end up strangled with… a guitar string?

Murder for the Books – This story is about Chief Inspector Mark Bullard and his junior partner, Detective Sargent Ben Keyes. They are investigating a murder with no evidence to point them in any direction. Soon after, they begin an investigation on a second murder, this time with more leads and clues. Both men instinctively feel the murders are somehow connected but find only subtle similarities that may or may not mean they are related. When a third murder occurs, the two detectives are finally able to connect the dots and but will they find a killer?

Emerson & Monty: The Case of the Man Next Door –  An aspiring author and full-time dog-sitter, Emerson is the kind of neighbor everyone wishes they had. She always picks up after her dogs and she never fails to welcome neighborhood newcomers with a freshly baked pie. Recently, however, Emerson has noticed that one of her elderly neighbors, the owner of an ornery English bulldog named Carmine, has gone missing.

Two Girls and a Dead Case – Two Girls and a Dead Case starts with your typical lifelong friendship of two girls who are drawn together by their similar names and then bond. After exploring what the world has in store for them they come back and open a detective agency in their small town where nothing really happens. If it wasn’t for a recurring client who only seems to show up when they need the money the most they would be two broke girls with nothing better to do.