Just A Cup Of Happiness

Hubby Basset and I rarely argue about anything. We disagree on stuff, but our voices are usually pretty calm. The tension was high yesterday. Oh, it was getting ugly. What was the problem? Money? Nope. House or kids? Nope. It was me trying to figure out how to do something on the computer. My usual process is to ask hubby to make the computer do something and I walk away until it’s done. When I return, the task is complete like magic. Last night I tried to do it myself. This did not go over well and it only took about 3 minutes for me to go from a human being to a Honey badger. After 2 hours I couldn’t take it anymore. I decided the best course of action was to eat a mug of whipped cream and go to bed. Today I will try it again, but I will eat the whipped cream first. 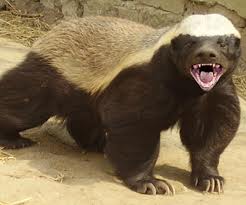 Cold cases are fascinating because they have all the ingredients of a nail-biting murder mystery. Except there’s no ending. And what’s a book without an ending except an endless source of frustration and speculation?

It’s even worse when the victim is unidentified. “Unknown” man/woman/ child murders send a chill through us and can even cause a little sadness. How could a person be so alone in the world that absolutely no one came forward to give them a name and a burial?

This volume examines five instances of a single or serial killing involving victims who were beheaded by their killers:

The Thames Torso Murders:Known as the “Thames Mysteries” or “Embankment Murders,” this series of gruesome killings was overshadowed by the terror surrounding Jack the Ripper’s crimes but were also very fascinating.

The August 8, 1886 discovery of a decomposing male torso outside Wallingford, Connecticut. The victim was never identified, and a woman who claimed that she knew the whole story behind the murder committed suicide.

The Mad Butcher of Kingsbury Run: Between 1935 and 1938, a still-unidentified serial killer murdered and dismembered at least twelve victims in Cleveland, Ohio. All but three remain unidentified. Eliot Ness, the man who was partly responsible for taking down Al Capone, headed the investigations.

Beth Doe: On December 20, 1976, a young boy made a gruesome discovery on the banks of the Lehigh River in White Haven, Pennsylvania. The dismembered and mutilated remains of a young, white woman and her unborn child had been stuffed into three suitcases and thrown from a bridge along Interstate 80 over the Lehigh River.

The February 28, 1983 discovery of the headless body of a little girl between the ages of 8 and 11, decomposing in an abandoned home on the north side of St. Louis, MO. Her head was never found. Despite heavy publicity, nobody identified her.

What do these cases have in common, besides the fact that they are cold and involve headless, unidentified victims? Somebody got away with murder…

The Chronicles of Moxie
Z.B Heller

Moxie Summers is a curvy, twenty-six year-old teacher who has not had the best track record with relationships.In a drunken stupor at a bar, she meets Miles who turns out to be her sparing equal, until she vomits all over his shoes.Just when she thinks things couldn’t get worse, her dream man turns out to be the single father of the newest student in her class.

While fighting an attraction for Miles, Moxie’s conniving stepmother tries to advise Moxie she needs to get in shape if she’s ever going to catch the man of her dreams. To make matters worse a Girl Scout plans Moxie’s demise, a surprise party makes everyone blush, and then there was the skunk…

Can Moxie overcome all the Girl Scout cookies, food poisoning and a showdown at Costco to get to Miles?

Due to the hot, steamy scenes and Moxie’s filthy mouth this book is intended for 18+

Hostage-turned-pirate Kate Lindsay returns in this action-packed followup to The Devil’s Fire, and the last thing she wants is to go back to her mundane life in London. A young pirate narrowly avoids the gallows when the governor of the Bahamas enlists his aid in bringing Lindsay to justice. A pirate hunter returns to his old ways, with the demons of his past swiftly following his trail. A beautiful strumpet falls in league with Blackbeard, witnessing his despicable crimes firsthand, before she becomes a pawn in his schemes. As all sides spiral toward a fiery climax, nothing is at it seems, and the odds are in favor of death.

Geese Mate For Life—Jenni Hamilton had believed the same to be true for her and Michael. But in the time it took to answer the phone, Jenni’s life changed forever.

Was their life together real or an illusion? Jenni is determined to find the truth—whatever it is.

With so many social issues centered the identification and healthy sharing of feelings, it is important to teach these skills to children early. “Clarinda Cloud” addresses these issues at a very basic level in a way that is fun for children. For this reason, “Clarinda Cloud” would be great for elementary teachers, daycare providers, parents and grandparents of young children, and child counselors.

Clarinda Cloud has various feelings. With each feeling her face shows that feeling and she turns a different color. When she shares her feelings, she turns back to a white cloud with a happy face.

Wonderful discussions could stem from reading this book with children. “This is Clarinda Cloud’s angry face, what is your angry face?” for example.

The reading level is set at a preschool level. However, considering the basic concepts of colors and feelings and the repetition of the text, the audience level could spread from age 2 to 6. With the repetitive text and the whimsical illustrations, young children of just about any age will feel good in knowing how to “read” it, even if only be memorization and taking cues from the illustrations.