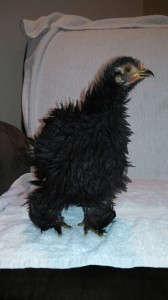 Did someone forget to sew arms on this sweater?

She seemed far beyond his reach…could love draw them together?

For years shy animator Nathan has carried a torch for Brooke, the beautiful and dynamic Director of Development at their animation studio, even creating B-Girl, a comic-book heroine in her likeness. When a new project throws the two of them together, lovestruck Nathan finally seizes his moment – only to find Arnauld, head of the animation studio, claiming exclusive rights to Brooke’s affections.

But Nathan, it turns out, is not giving up on his dreams so easily. With inspired determination, he sets out to be the super hero of wooing his girl. Threatened by his persistence, Arnauld plays dirty – only to spark an uprising at the studio that unleashes the sort of havoc only a building full of frustrated animators can create. While Nathan pulls out all the stops to win his B-girl, Brooke has to choose. Should she pursue the sparkling career that has taken her years to build…or follow her heart?

First, his Medal-of-Honor winner father who died in Vietnam without ever meeting his son. And left him the legacy of an automatic appointment to the Military Academy at West Point which shaped the next thirty-five years of Chase’s life. Then, the ghost of his mother, who died while he was at war in Afghanistan and wounded, causing him to resign his commission and return to the United States, a lost soul.

Chase now wears two hats as a Federal counter-terrorism liaison to the local police department in Boulder, Colorado where he becomes embroiled in two seemingly un-related cases. Working as a detective with Boulder PD he chases another death, this one the apparent rape/murder of Rachel Stevens, an upscale housewife attending night classes at the University of Colorado. And with his counter-terrorism team he is embroiled in a series of killings involving a militia group, a rogue ex-Special Forces officer, a psychopathic ex-CIA contract mercenary, and ruthless drug runners.

From the streets of Boulder, to the highest railroad tunnel in the world, to a swingers club hiding in plain site in suburbia, Afghanistan starts to l

AN AMERICAN JOURNEY: Travels with Friday in Search of America and Americans
JAMES ERNEST SHAW

AN AMERICAN JOURNEY IS A CAPTIVATING TALE OF AMERICA AND AMERICANS.

In the summer of 1962 James Shaw strapped an army surplus sleeping bag on his 3-speed bike and set off from his small-town Nebraska home for the Rocky Mountains. He was fifteen years old and had just read John Steinbeck’s Travels with Charley. Just like Steinbeck, James learned that America is filled with good-hearted characters, like the tobacco-chewing, foul-mouthed pool shark who, upon learning that James was looking for a place to camp, directed the wandering wayfarer to a pastor who let him sleep on his porch.

TOO OLD AT SIXTY-FIVE?

Fifty years later, James had a few questions: How much has America changed since the days of John F. Kennedy? Are Americans still kind to strangers? And could he, at age sixty-five, bike the thousand-plus miles that lie between Wisconsin and Colorado? On this journey James took along a c

ompanion—a weird-looking, small-wheeled bike named Friday. By piquing the curiosity of everyone who saw it, that strange little blue bike introduced James to a fascinating cross section of Americans. From these people James discovered what has changed about America and the many things that are still essentially the same in this great and still wide-open country.

Catch a glimpse of the night with this award-winning short story in the tradition of ‘The Twilight Zone.’ A man awakens in a secluded cabin to find he’s being watched by a shape with obsidian eyes. Who or what is watching him, and why?

The Neighbourhood Witch (A Detective Story for Kids)
Gramps Doodlebug

Are they going to succeed?

Halloween isn’t just for scaring…it’s also for laughing!With Dr. Ding Dong’s Halloween Joke Explosion, you can impress your friends with finely crafted original jokes and factoids that will make your Halloween a Ha-Ha-Halloween.Dr. Ding Dong doesn’t want you to have to choose…so he gave you both tricks AND treats!

Dr. Ding Dong is a former doctor who believes that laughter is a medicine.It’s not the BEST medicine, because that’s still penicillin, but it’s definitely A medicine.After being laughed out of practicing medicine, he’s turned to writing joke books and spreading his comedy cures all over the world, no prescription needed.