Here is a beautiful quote from Virginia Woolf. “Books are everywhere; and always the same sense of adventure fills us. Second-hand books are wild books, homeless books; they have come together in vast flocks of variegated feather, and have a charm which the domesticated volumes of library lack. Besides, in this random miscellaneous company we may rub against some complete stranger who will, with luck, turn into the best friend we have in the world.” 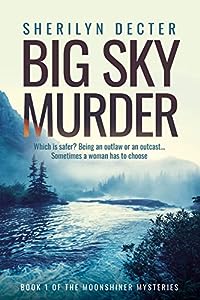 Big Sky Murder: Which is safer? Being an outlaw or being an outcast… Sometimes a woman has to choose (Moonshiner Mysteries Book 1)
by Sherilyn Decter

When a gold miner’s death is pinned on a Prohibition-era liquor peddler, can she count on those around her to help prove her innocence?

Pony Gulch, Montana, 1927. Delores Bailey takes no sass and pulls no punches. But when the wily moonshiner finds her only friend gunned down, she’s not surprised when the accusing fingers point her way. And with her only alibi reluctant to confess to an illicit nightly nip, she fears she may have to skip town to save her own skin.

Hesitant to trust anyone after years of self-imposed seclusion, an unexpected ally and her own loyalty convince Delores to stay and confront the leery townsfolk. And when her dogged search for information unearths a shocking clue, it might be the line between staying alive and getting riddled with bullets.

Can Delores flush out the killer before she’s shot full of holes? 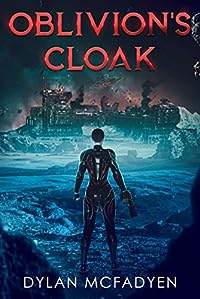 Her captain is furious at her. She wasted company resources getting herself killed, and it’s coming out of her paycheck. Now, she’s sitting across from the first other human being she’s seen in six years. His name is Adnan. He claims to come from Earth — but that’s impossible. Earth died a long time ago. If Adnan’s telling the truth, he and the decaying ship the captain pulled him off are nearly a thousand years old.

Wherever he’s from, he’s Shaara’s responsibility now. Which is the last thing she needs. But it’s either that, or the captain sells Adnan into slavery. Shaara knows what that would mean. Most humans do. And something inside her won’t let her abandon Adnan to it: revenant memories, stabbed awake by the look in his eyes.

Facing those memories won’t be easy. It’d be far easier to ignore the feeling driving her forward. Far easier to let it all go to hell, and drift back to sleep.

Until a shadowy new faction starts stoking the fires of war. They’re looking for Adnan; Earth’s last survivor holds the key to unleash a terrible, indiscriminate vengeance on the galaxy that wronged them. Who they are is a mystery — to everyone but Shaara. Hard as she’s tried to forget, she knows them all too well. Which means she’s the only one who can stop them.

The question is: does she want to? Maybe the galaxy’s earned a little vengeance. 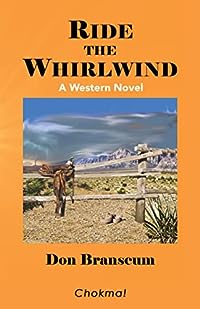 Ride the Whirlwind: A Western Novel
by Don Branscum

Fresh from the gold fields of California, Dusty Fowler arrives in the West Texas town of Pecos City ready to pursue his dream of owning a horse and cattle ranch. A fast talker with a quick draw to match, his life takes an abrupt turn when he embarks on a quest to find a young boy who has been taken by marauders.

Encountering colorful historical characters, foiling a murder plot and wrestling with a budding romance all figure in his hunt for the ruthless kidnapper.

Long into his journey, he faces doubt and despair and begins to question his purpose. But after recovering from a serious injury, he vows never to give up in spite of all he has endured.

But will he ever save the boy who once saved him? 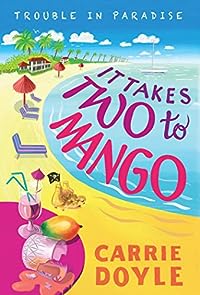 After Plum Lockhart’s job as a travel magazine editor is eliminated in corporate cuts, she decides she’s sick of cold winters in NYC and fruitless swiping on dating apps — what she needs is a dramatic change of scenery. On a whim, she accepts a job as a villa broker and moves to a beautiful Caribbean island.

However, paradise isn’t as perfect as it seems: the slow pace of island life, the language barrier, and a cutthroat office rival make Plum question leaving her old life behind. But when a client is found dead in the jacuzzi of Casa Mango — a property Plum manages — she knows she’s really in a jam. With a killer loose on the island Plum will have to deal with a stonewalling police chief, a string of baffling clues, and a handsome Director of Security to solve this deadly case! 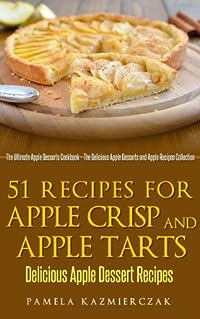 51 Recipes For Apple Crisp and Apple Tarts
by Pamela Kazmierczak

Are you looking for Recipes for The Perfect Apple Dessert? This cookbook has recipes for apple crisp and apple tarts!

This cookbook has a little bit of everything when it comes to desserts. Whether you are looking for traditional apple recipes and desserts or a little more unique, this is the perfect cookbook for you!

Enjoy the delicious taste of apples in a variety of Apple dessert recipes today!

What Type apple dessert recipes are in this book?

Some Examples of the recipes include: