When I said I welcomed the rain I certainly didn’t mean like this. HOLY MOLY! Its so crazy out here even the trees have decided to leave. They also quickly realized that they cant walk and are on the ground second guessing their life choices. Today is a day to stay inside. Enjoy the Kindle books, I’m going to see if the kayakers are out in the neighborhood yet. 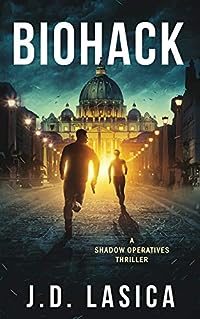 An elite hacker. A grieving mother. A startling discovery that alters their lives.
Kaden Baker, a hacker and covert ops specialist, finds her life turned upside down when she discovers that the parents who raised her were imposters.
Were they hired by the same shadowy figure who’s been financing her high-stakes secret missions beneath the Vatican and in Washington, D.C.? She crosses paths with Valerie, a special ed teacher still haunted by her toddler’s drowning accident. Together they’re drawn to a mysterious biotech company where they make one startling discovery after another. But each step closer to the truth puts their lives at greater risk. Can they uncover the truth about Valerie’s surrogacy, escape with their lives and foil a plot against humanity itself? 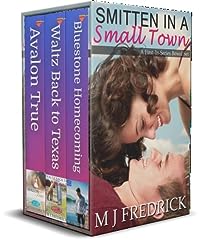 Smitten in a Small Town: A First-in-Series Boxed Set
by MJ Fredrick

Smitten in a Small Town blurb The first book in each of MJ Fredrick’s three small town series — travel from the Texas coast to a Minnesota lake town in this boxed set!

Bluestone Homecoming (Welcome to Bluestone Book 1) War correspondent Leo Ericson returns to his hometown of Bluestone Lake, Minnesota, when his parents notify him his young son is having trouble fitting in at school. Leo doesn’t know how to be a single parent since the death of his wife, and he certainly has no desire to return to Bluestone. But he needs a place for his son, a place where he’ll be with family, while Leo does his job. He’ll stay long enough to get Max settled, then go back to work. School counselor Trinity Madison watches Leo struggle with his son, trying to overcome the mental barricade she’s erected against the man who sent his son away when he’s perfectly capable of caring for the child. The situation brings about her own unsettled feelings about giving her child up for adoption when she was young. But as she observes Leo’s difficulties, his sacrifices, she softens toward the man. While he’s in town, he ends up working with some old friends and Trinity on a committee to revitalize Bluestone. The former resort town is struggling and looking for ways to bring tourists back. Leo finds himself charmed, then smitten with the feisty counselor, but will he still love her when he learns her secret?

Waltz Back to Texas (Lost in a Boom Town Book 1) After growing up in a dying town, with only two restaurants, no movie theater, and no future, waitress Cassidy Simon wants out. For once, luck is on her side when the oil boom comes to South Texas. She’s determined to use it for her advantage, starting up an RV park for the oilfield workers to add to her escape fund. She’s never been out of Texas, and she’s itching for adventure. Grady McKenna couldn’t get away from his family’s ranch fast enough when he was a teenager, but a tour in the Air Force in the Middle East is enough to convince him there’s no place like home. He’s seen the world, had his adventure. Now he’s ready to contribute to his family’s legacy in Evansville. Naturally, the woman who draws his attention is the one intent on slipping through his fingers. How can he convince her life with him will be all the adventure she needs?

Avalon True (The Off-Season Book 1) Single mother Brioney Mayburn has learned about responsibility the hard way, working as a maid in the motel in the small beach town of Avalon Island, Texas and looking after her younger brother. Local jack-of-all-trades Blue Maddox was her sister’s high school boyfriend, but stayed behind when she went off to college. He’s now drawn to Brioney, admiring her drive, her determination to give her daughter the best life she can. But will Brioney look past his beach-bum facade to see who he really is? 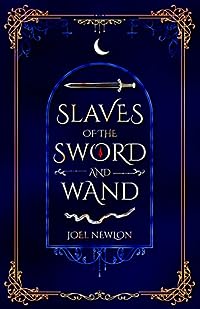 ~~A bloody bid for freedom in a world of swords and magic.~~

From the age of seven, Dunstan has been enslaved in the army of Thursley. After thirty years in the fire of constant warfare, he has been forged into an unbreakable warrior.

Oswynn is the property of the Sisters of the Withered Branch, the order of witches who serve the earls of Thursley. Brighter and more gifted than her fellows, she yearns for so much more.

Hand-in-hand together, they will risk it all and ask the question: can one man and one woman really stand against the traditions of hatred and break the chains of bondage, or are they doomed to forever be… Slaves of the Sword and Wand? 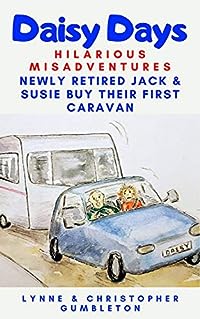 Hilarious misadventures involving unexpected twists including murder, drug running and an inheritance as newly retired Jack and Susie buy their first caravan. Jack and Susie Morton have had their fill of the daily grind, bored and tired of their jobs. And Jack has been ill, a heart attack and triple bypass. It was time to spend some quality time together. So they go ahead and retire early. Buy a caravan they call Daisy. Only problem is that the hapless couple know absolutely nothing about caravanning. It’s a steep learning curve. Can Jack overcome his terror of towing? Will they master the art of emptying the chemical toilet? Follow Jack and Susie’s hilarious and sometime nerve racking caravan adventures as they explore Wales, Northumberland and the Lake District. The brave couple even venture to France. They meet some larger than life characters on the way. And it’s not only Daisy that proves a challenge. Old friends prove to be full of surprises. And what are the shocking secrets of dear sweet Aunt Emily’s past? Jack’s child like sense of humour and Walter Mitty character is kept firmly in check by his darling wife. But Susie has a little bit of a cleaning obsession as the long suffering Jack knows too well. And Susie keeps on adding to her inordinately large collection of puffin memorabilia. There are a multitude of twists and turns in their story and that’s not just the road. 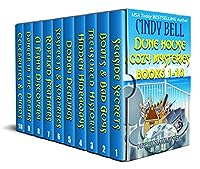 Start a heartwarming cozy mystery series with endearing friendships, puzzling mysteries, and a little romance, with the first ten books in the bestselling Dune House Cozy Mystery Series in this box set.

When Suzie inherits a grand, old house on the beach, she together with her best-friend, Mary, go to see the dilapidated structure. With Suzie looking for a new challenge and Mary’s impending divorce, the friends decide to refurbish the old house back into its former glory as a majestic B&B. What started off as a few days away turns into a new beginning. In their fifties the two friends never expected the exciting adventures their decision would lead to. They love life in the beautiful beachside setting, filled with fun, new romances and a bit of sleuthing.

If you like page-turning cozy mysteries with strong female sleuths, baffling mysteries and a long list of suspicious characters, you’ll love these heartwarming whodunnits by USA Today and WSJ Bestselling Author Cindy Bell. 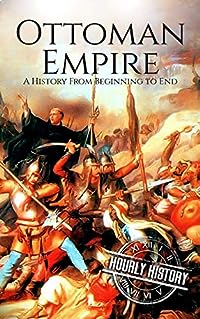 The Ottoman Empire: A History From Beginning to End
by Hourly History

Over the course of just two hundred years, the Ottoman Empire grew from a small, obscure Anatolian state into the most powerful Muslim nation in the world, controlling vast swathes of the Middle East, Eastern Europe, and North Africa. Within the empire science, medicine, technology, and art flourished, and the Ottoman army became one of the most feared and efficient fighting forces in existence. Then came a period of gradual decline. Beset by external enemies and torn apart by conflicting elements inside, over the next three hundred and fifty years the Ottoman Empire lost power, territory, and prestige until it became “the sick man of Europe.”

Emergence of the Ottoman Dynasty
The Fall of Constantinople
Selim the Grim and Suleiman the Magnificent
Sultanate of Women
The Crimean War
Decline Until World War I
And much more!

This is the dramatic story of the rise, fall, and eventual disintegration of the Ottoman Empire, of its conquests and defeats, and of its sultans who ranged from the grandeur of Suleiman the Magnificent to the obsession and confusion of Mustafa the Mad. The story begins with the dream of the first Ottoman sultan, Osman I, in 1300, and ended with the nightmare of the last sultan, Abdulmejid II, in 1922. This is the story of the Ottoman Empire, from beginning to end.