You Looking At Me?

The baby bassets are done with video games for the day and they are looking at me now. What do I do? I shouldn’t have made eye contact. I’m getting really nervous. 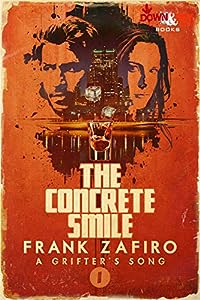 Sam and Rachel are on the grift, on the make, and on the run.

Long time grifters and lovers, the couple is in St. Louis to run a con on Barry Jacobsen, who owns a concrete business. But the clock is ticking on the deal, and on them. Mobsters from Philadelphia are one step behind, seeking revenge for the pair’s most recent scam.

Caught between the dangers of this con being discovered and a mafia hit man finding them before they can wrap it up, Sam and Rachel walk a thin line of balance, striving to walk away with the money and their lives before their past catches up to them. 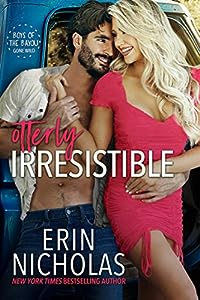 Griffin Foster is done. Done trying to save the world. Done getting attached. He’s been fired twice for standing his ground and now he’s going to be content–by God–in small-town Louisiana, in a small veterinary practice, where there will only be small problems.

Until she shows up. Again.

The sunny, gorgeous optimist who stole his heart–and his favorite shirt–two months ago. Who clearly hasn’t heard the word “no” enough in her life. And who is the first woman to put even a tiny crack in his don’t-get-attached wall.

Charlotte “Charlie” Landry is the new marketing director for her family’s petting zoo. It might not have been her plan, but she is all in, ready to grow the business. Whether the hot, grumpy vet likes it or not.

Worse, sparring with his unforgettable one-night stand is more fun than he’s had in a long time.

But watching wears-designer-dresses Charlie find her dream job amongst a bunch of goats, alpacas, and otters is a surprise.

And her helping him find his passion again is… well, irresistible. 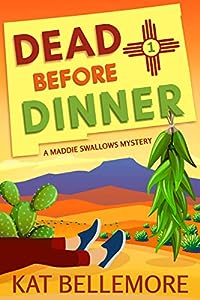 Psychologist Maddie Swallows’ decision to return to New Mexico seemed like a good idea at the time, considering the divorce and her two teenagers she’d dragged along for the ride.

But that was before the New Year’s Eve party she was guilt-tripped into attending. Before a member of the town council wound up dead and everyone at the party became a suspect. And before she was forced to unravel the secrets of her former hometown in order to clear her name.

Of course, with the help of two precocious teenagers and one meddling mother, the real murderer doesn’t stand a chance.

Dead before Dinner is the first book of the Maddie Swallows series. If you love small towns, quirky characters, and an intriguing whodunit, you’ll love this cozy mystery.

Pick up Dead before Dinner and get swept away in this New Mexican mystery series today! 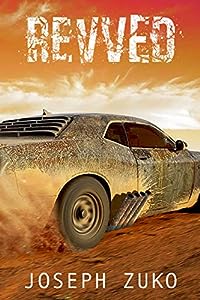 A plague of creatures has swept the Earth, leaving death and chaos in their wake. Mankind teeters on the brink of existence. The remaining survivors are thrust into a world of violence. Lone survivor, Zak Mills, searches for food, water and ammo in the tattered remains of his home town. Hiding in the shadows and around every dirty corner are road pirates, gangs of cannibals and blood thirsty demons. Zak fights through this hell on Earth all the while he desperately clings to the hope that he will be reunited with his lost family. 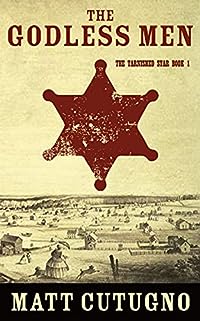 THE GODLESS MEN (The Tarnished Star Book 1)
by Matt Cutugno

In the classic American Western-style, veteran author Matt Cutugno weaves a riveting story of two men struggling to survive in the days following the Civil War in his new novel, THE GODLESS MEN. The time is 1868. Three short years after the awful destruction caused by the war. The place is the Kansas-Missouri border. A land savaged by years of bloody fighting.

Two men share a common past. First as boys riding for the famed Pony Express; then as soldiers bravely serving opposing sides in battle. One blue. One gray. When the war was over, they each sought new lives. One became the sheriff of Lawrence, Kansas. He is a good, though lonely, man who sought peace in troubling times. The other, a rebel from Missouri, now a hired gun, who found himself a wanted man, accused of terrible crimes.

Destiny brings them together again in THE GODLESS MEN as their lives play out against a backdrop of the post-war exploitation of the West. Railroads rule the day as the seemingly endless prairie becomes more civilized, driving the Indians further from their ancestral homes, while slaughtering the vast herds of wild buffalo. Moneyed and greedy men are everywhere. They pull the strings and call the shots.

Amidst such volatile days, can a sheriff find contentment in the law and can an outlaw find solace running from it? Only time and fate will tell. 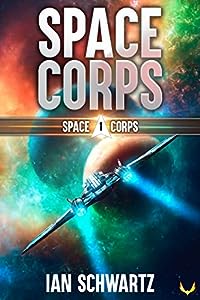 Captured behind enemy lines. To survive, he’ll have to learn to fight by their rules…
At first, it’s a dream come true. Jonathan Blake, a young revolutionary hero, is assigned command of humanity’s first FTL-capable scout ship. But when the Space Corps mysteriously loses contact with an outpost beyond the Solar System, the dream becomes a nightmare.

The love of Blake’s life lives on the outpost with their child…
Racing to rescue his family, Blake and his comrades are captured by the Octos, interstellar slave drivers who force them to fight other sentients in shapeshifting, memory-erasing arenas. To survive these terrors, Blake must learn to work with his crew, as well as alien gladiators from across the galaxy. If he refuses to fight, Blake’s family — held hostage — will be slaughtered.

But as Blake discovers his talent for survival, he likewise uncovers his worst fears: the Octos are launching an armada to enslave Earth. Blake must therefore choose. Will he rescue his family, or abandon them to warn Earth’s new revolutionary government about annihilation?

Fans of Rick Partlow, JN Chaney, and even Gladiator will love this space adventure by debut author Ian Schwartz. 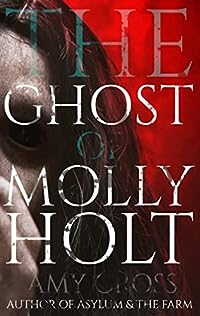 Ten years ago, Molly Holt suffered an agonizing death, and every second was caught on camera. Now she’s after revenge.

Three teenagers set out to explore a remote, abandoned house in the forest. They think they’ve found the house where the infamous Molly Holt video was filmed, a location that has eluded investigators for years. They don’t realize, however, that they’ve also found something far more dangerous.

Something is waiting in the shadows, determined to gain justice. But how far will this ghostly presence go, and is anyone safe while her killers remain at large?

The Ghost of Molly Holt is a horror novel about the persistence of the dead, and about one boy’s refusal to admit what’s happening right in front of his eyes. This is the 2022 edition of the original 2017 book.