J.D. Strange (James Dennison Strange) was discovered, three weeks old, in a charity shop next to the Chatterton Arms public house, Kent, England. Strange escaped a series of foster families before joining the circus aged thirteen. Here he came under the influence of the infamous Russian Cannonball Captain Popov who showed Strange the ropes and in no time the Strange teenager became a circus utility man juggling flaming batons, taming the big cats, while throwing knives at spinning beauties, one of whom, Olga, Strange married briefly. Divorced from the Hungarian heiress and financially secure Strange set out to study comparative linguistics at the University of Zurich. Graduating with a first degree Strange rejoined the circus, eventually winding his way to Nepal and then India. Following a run-in with the Nicobar Police in 2001 Strange boarded a vessel docked at Port Blair fatefully bound for Bangkok. Immediately finding his feet in the tropical metropolis Strange worked as a private detective instructed by corporate clients and jealous housewives. It is here he became the writer he is now celebrated as creating the JOE DYLAN fictional character and other pulp fiction franchises including Johnny Coca Cola’s LIZARD CITY, a pirate series PORT of THIEVES, and his own tragic memoir THE CIRCUS.

The Circus
by J.D. Strange

Roll up, roll up…
Meet The Bearded Lady, The Strongman, Jimmy the Tightrope Walker, and Joey the Clown.

LIFE in the circus has turned STRANGE.

JIMMY has run AWAY from THE CIRCUS while his brother JOEY the CLOWN has murdered a feral kid and the cops are closing in fast… Captain POPOV, the alcoholic human canon-ball, books a spell at the secure mental rehabilitation THE FARM where all the characters splurge together in a delicious cocktail of disaster and recovery..

THE CIRCUS is a dazzling three-ring act and tour de force with a WICKED twist to the tale. 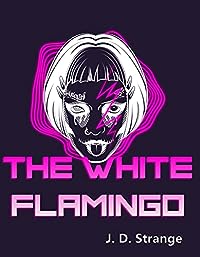 The White Flamingo: The story of a Serial Killer in South East Asia
by J. D Strange

FUN CITY is run by corrupt officials and respectable gangsters wallowing in luxury mansions in the hills high above the harbor, the beach, and the neon jungle.

Vice worker TAMMY is found mutilated on top of a pool table, an effete pervert, and son to the 1970’s pin-up beauty queen once known as THE WHITE FLAMINGO, is locked up.

Can Detective JOE DYLAN find THE KILLER before he becomes one of the hunted?

THE WHITE FLAMINGO is a break-neck neo-noir crime thriller from beak to tail feather. This novel, the third in the Joe Dylan, has been optioned for adaptation into a feature film.

A Jack the Ripper copycat killer hunts in the bars of a tropical tourist resort. This is the third in the Joe Dylan Crime Noir detective series. 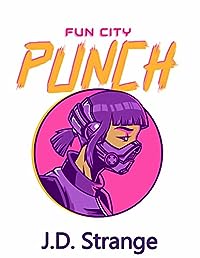 FUN CITY is made up of six major areas – The Beach, the Red Zone, the Central Business District, Metroland, Main Street and the Dark Side. These zones are all connected by alleyways and tunnels, a cryptic network of mazes not unlike the back lanes and alleyways that connected 18th-century London. Perilous passages are rebuilt as soon as they are demolished. Bars, riotous patrons, and the homeless exist both in spite of and because of this labyrinth of decadence. There was the widespread use of illicit substances, distribution of sexual diseases, an escalating murder rate, the general acceptance of corrupt officials, and the popularity of Fringe Theater. London had the Penny gaffs, Fun City had the bars, the cabaret shows, the boxing rings, the discos, and the Theater Bizarre.

Fun City Punch is the fifth in the Joe Dylan series of crime novels. 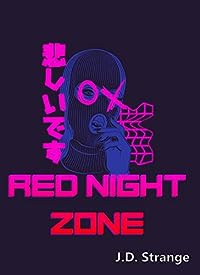 MONICA WANTS to be loved like all the other pretty girls in Bangkok. But sometimes getting what you want isn’t healthy. Her body is discovered decapitated in her cold-water apartment room. A case holding an ancient black magic spell is missing from the scene.

JOE DYLAN ventures into the Bangkok City bars. The detective follows a trail leading to the Demon Dreams, a Bangkok S&M joint run by a beautiful transsexual and her mentally deranged brother. Joe discovers a world of bizarre nocturnal acts and black magic rituals. A seedy Bangkok underworld that picks-up fallen women from the streets and throws them into an evil world of torture and murder. 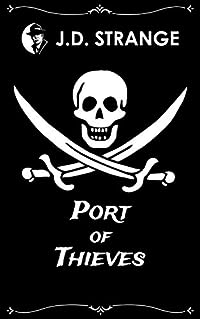 J.D. Strange whips up a pirate yarn with more twists and turns than a weaver’s knot.

London, 1701, Captain Kidd’s hung for piracy on a cold London afternoon while Blackguard street gang members Johnny and Rake discover the map to Kidd’s hidden treasure during a heist.

But they aren’t the only ones in the hunt for treasure. Slave trader Schlitz is always one step away. Signed up to a merchant Canadian fur trader’s ship the boys have their ship acquired by Captain Corso and his pirate crew.
Johnny signs the pirate articles and learns the pirate code. The quest takes the boys to Tangiers, Madagascar, and Ayutthaya and eventually leads to Port Royal – The Wickedest Town on Earth where Captain Kidd’s treasure is said to rest.