I just need to get rid of all the Christmas decorations I don’t use. I was chit chatting with my partner in crime this morning about how we both have Christmas decorations that we have held onto for years, but never put out. Every year hubby takes down 10 totes of decorations, and I use only about 6 or 7 totes worth of decor. The rest I look at, think how cute they are, and think about how I really should use them this year. Then I put them right back in the tote. ARG! This year will be different. I am going to death purge the unused decorations. I have been asking my baby bassets if they want them when I die. They answer is always no. Okay then. Into the donation box they go. I have never once regretted donating an item, so I am willing to take the risk. 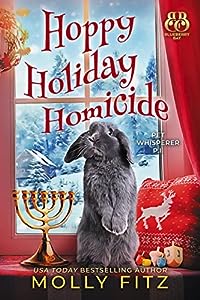 Tis the season for a double ho-ho-homicide!

Nobody does the holidays like small-town Maine, and my particular small town just so happens to be the very best at decking the halls and rocking around the big Christmas tree downtown.

Yes, every year, Glendale puts on a Holiday Spectacular that’s grander and greater than the one that came before. Unfortunately, the only thing everyone’s going to remember this year is the two dead bodies that show up in the center of the ice sculpture garden.

With the whole town having come out to play, everyone’s in close proximity to the crime scene — and everyone’s a suspect. A great many fingers are pointed my way, too, since it was me and my cat that discovered the deathly duo. With only my whacky Nan, recently discovered cousin, overly optimistic Chihuahua, and snarky feline to help me, can I clear my name and save Christmas all in one perfectly executed investigation?

Hold on to your jingle bells, because it’s going to be a wild ride. 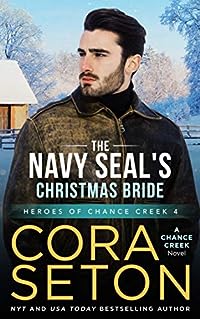 It’s Christmas time at Crescent Hall, but don’t expect expect peace, harmony and goodwill among men. When Mason Hall and his wife, Regan, invite their friends to stay for the holidays, sparks fly in an epic battle of the sexes, military style!

Navy SEAL Dan Hemmins goes head to head with soldier Sarah Metlin to prove once and for all that woman can’t possibly qualify for an elite branch of the military, but when Sarah proves she’s not just one of the most qualified warriors he’s ever met, she’s also one of the smartest and sexiest, too, he’ll do whatever it takes to get close to her, even if he has to challenge her to another contest… or three… or five! 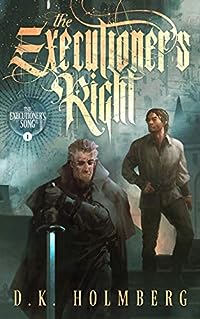 Executioners don’t solve crimes, they punish those who commit them. Or so Finn thought before apprenticed to one.

Poverty-stricken Finn Jagger would give anything to heal his ailing mother. With his father imprisoned, Finn has joined a thieving crew to earn the money he needs to save her. When the latest heist turns to disaster and lands him on death row, Finn’s future seems to be tied up with a noose.

Until the king’s executioner claims him as an apprentice.

Finn soon learns an Executioner has far more power and greater responsibility than he’d ever realized. As inquisitor and detective, he must find the truth behind each sentence he carries out. It’s a challenging job, but one that Finn is surprisingly good at.

When the crew decides Finn could be the key to completing an impossible heist that threatens the kingdom, he’s forced to choose between his new job and his old friends.

And making the wrong choice could cost him everything. 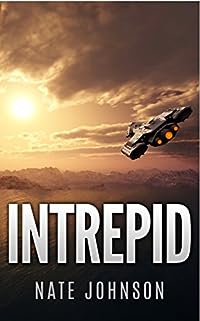 Discovering new worlds. What could be better. What was supposed to be a six month cruise of discovery had turned into a glorified baby sitting adventure for a bunch of civilians. Leave it to the Imperial Navy to ruin a good thing. Petty Officer Tanner just wanted to finish the patrol and get back to normal. That, and as far away from the enticing Miss Nora Johnson as possible. All that changed when the ISS Intrepid was threatened with destruction and he quickly became the only thing between these civilians and instant death. Crash landing on the strange new world. Petty Officer Eric Tanner must keep these civilians alive until they were rescued. Heaven knows. they weren’t going to do it on their own. 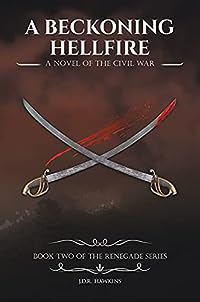 A Beckoning Hellfire: A Novel of the Civil War (The Renegade Series Book 2)
by J.D.R. Hawkins

During the bloody American Civil War, the stark reality of death leads one young man on a course of revenge that takes him from his quiet farm in northern Alabama to the horrific battlefields of Virginia and Pennsylvania. On Christmas Eve 1862, David Summers hears the dreaded news: his father has perished at the Battle of Fredericksburg. Reeling with grief and thoughts of vengeance, David enlists and sets off for Richmond to join the Confederate Army of Northern Virginia. But once in the cavalry, David’s life changes drastically, and his dream of glamorous chivalry becomes nothing but a cold, cruel existence of pain and suffering. He is hurled into one battle after another, and his desire for revenge wanes when he experiences first-hand the catastrophes of war. A haunting look at the human side of one of America’s most tragic conflicts, A Beckoning Hellfire speaks to the delusion of war’s idealism. 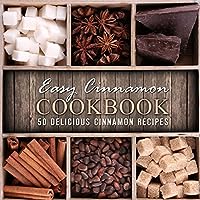 The Secrets of Cooking with Cinnamon.

The Easy Cinnamon Cookbook is a cookbook for spice lovers. This is not a one dimensional spice cookbook. This cookbook is multi-dimensional.

You will find over 45 delicious recipes spread throughout one rich cookbook. Where each recipe is a deep exploration into a particular style of cooking with Cinnamon. Cinnamon is VERY complex spice and its uses in cooking are numerous.

You will learn a TON of cool and delicious ways to cook with cinnamon i.e. cakes, cookies, teas, dessert bars, croutons, etc.

This cookbook presents an innovative style of cooking that is unmatched. If you are interested in learning unique ways of cooking with Cinnamon then these recipes will appease your heart.

Here is a preview of the diverse recipes you can create with Cinnamon as an ingredient: