Fake Is The New Real

I worked really hard to make my front yard bug and bird friendly. I tore out the lawn, added a dry riverbed, pollinator friendly plants, and beautiful shrubs. A week or so ago I found a big beautiful preying mantis sunning herself on front stoop. I moved her to the shrub by the front door, so she would not get squished. She moved right back in front of the door. So I moved her again to a nice Salvia very close by that had nice little bugs to eat and plenty of places to hide. Right back to the stoop she went. UGH!!! I decided not to fight her anymore and just put a sign on the stoop that said to keep an eye out for her and to please not squish her. All was well, but a little stressful. Yesterday I put out a fake Christmas tree to add to the decorations. She wasted no time moving in. With all those pretty REAL plants she choose a fake tree? All that thought, time and effort picking out the perfect plants for wildlife, and she chose a fake tree??? I give up.

Everything in Detective Morgan Foster’s life is a secret…
Living in West End, West Virginia wasn’t part of the plan, but the murders of her husband, Peter, and her partner, AJ Roth, have sent her into hiding.

For a while, everything seemed to be fine, but two dead bodies at her waitressing job tell another story…

Unable to ignore the threat that’s crashed down on her carefully constructed secret life, Morgan gets caught in a web of motorcycle gangs, murder and a bounty that has six figures hanging over her head.

Before long, Morgan is in the sights of the people that want her dead again. Can she solve the murders before she becomes the next body to drop? 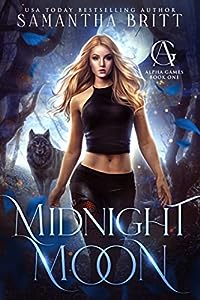 I’m the first female Alpha heir to ever compete for pack supremacy. Time to show the shifter boys how it’s done…

As the Alpha heir, it’s my duty to represent my pack in the infamous Alpha Games. I know I’ll be underestimated at every turn… after all, no one sees me as more than just a pretty face.

I’ll prove them all wrong…

My only concern? After vanishing for decades, the dark and elusive Wilds Pack has emerged as challengers in the competition. I can’t let the mysteries of their charismatic leader distract me from victory. After all, his motives won’t matter if he doesn’t win.

It’s been two years since Kate Evans unexpectedly lost her husband and one year since her aunt Cassandra stepped in and moved Kate and her son back to Colorado to start a new life.
Just when Kate is starting to get comfortable in her new reality, three very different men enter her life. Alec is young, easygoing, and up for anything. Nate is a divorced dad who is steady, reliable, and everything Kate should want. Jess is quite literally the boy next door, not to mention a real-life movie star straight from every girl’s dreams.
Is she really ready to jump into the dating scene again? Or does she stay in the same safe place free from heartache? In between braving water slides to cheating at croquet, Kate is forced to confront things she’d rather leave buried, along with the possibility of a new love that is exactly what she needs. 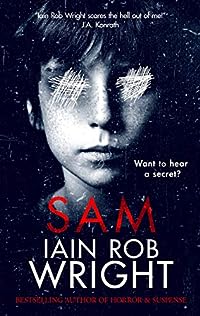 Accidents have been happening at Raymeady Manor.
The only suspect is an 8-year old boy.
But there’s no way a child could be responsible for so much misery… Is there?
Sammie has a secret, want to hear it?

When washed-up priest Angela Murs and skittish ghost hunter Tim Golding are summoned to a vast countryside estate, they have no idea what to expect. While it’s clear that the young resident Samuel Raymeady is a very disturbed child, there’s surely no way he could be behind the recent spate of accidents and deaths around his home. He’s just a boy…

Sammie is dirty, malnourished, and perhaps the victim of a negligent mother, but as Angela and Tim’s investigations take them deeper into the mystery, they realize that there is more going on than they ever could have imagined.

First came The Exorcist. Then came The Omen. Now there’s another creepy child to keep you awake at night. Sam by Iain Rob Wright. You’ll never see the end coming.

Gracie Andersen’s friend, Marci is opening The Mistletoe Bed-and-Breakfast after months of restoring the crumbling Victorian estate outside of the Western New York village. The grim history has captured the interest of the travel world and local residents. The house begins to reveal its macabre past on the cusp of the B & B’s opening, enmeshing Gracie and her husband, Marc into investigating crimes both past and present. Does evil still lurk under the Mistletoe? 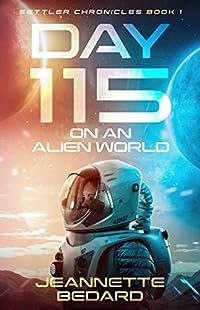 A barren world. A crashed colony ship. A saboteur at work.

After a tarnished military record leaves her unable to find work on Earth, Margo is hunting for a fresh start. A colonizing mission heading to a new world creates the perfect opportunity — or at least that’s what she thinks.

Strapped into a crashing colony ship, she realizes how wrong she is.

On the ground of their destination planet, the straight forward colonizing mission becomes a scramble for survival. Her new world is harsh and unforgiving. Accidents keep happening. Too many to blame on bad luck alone. The trail of evidence leads Margo to a startling conclusion — one of her fellow colonists is a saboteur.

Tomorrow is the colony’s first communications window with Earth and their only chance to send a message home.

With the fate of the colony at stake, will Margo stop the saboteur before it’s too late?