Bring Me The Head Of A Gingerbread Man

Even though the plans for tonight were cancelled, I still get credit for saying yes to the plans, right? You can tell me all day long that there is not a point system, but we all know there is. I want my points. I love the holiday season. I even love it more than Christmas Eve and Christmas Day. I love the lights, joy, and festive feeling. But it’s also cold outside and my pajamas are super comfy. Last night was my youngest baby basset’s high school band concert. It was amazing. The music was festive and upbeat. We even got a little history lessons about each composer featured, and that made it very interesting as well. Maybe I like going out more than I think. There are only a few holiday season days left. I’m thinking gingerbread houses! 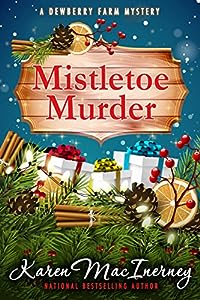 It’s Christmastime, and farmer Lucy Resnick is living the life she’s always dreamed of. When she’s not selling her jams, soaps, and mistletoe bundles at the Buttercup Christmas Market, she’s enjoying cozy evenings by the fire with her knitting group–or her handsome veterinarian boyfriend Tobias Brandt. But less than a week before Christmas, a pall falls over the festive atmosphere when local man Randy Stone turns up with a knife in his back… and a sprig of mistletoe in his hair.

Local sheriff Rooster Kocurek, never the brightest bulb on the string, is convinced it’s an open-and-shut case–murder by jealous wife–but Lucy suspects otherwise. She soon discovers that Randy’s life was more tangled than last year’s Christmas lights… and that unless she wraps up the case fast, there might be more than one funeral this holiday season.

I wanted to disappear… and then I did.

On a trip to reignite the spark in her marriage, Alaina Grace’s upgraded first-class ticket places her far from her husband and next to the notorious Jack Volmer, a former teen actor who’d previously hung on posters in her childhood bedroom. When an unusual storm forces their plane out of the sky, her ticket will save her life and require her to question everything.

Ripped from the comforts of her world and injured, Alaina finds herself on an island in the middle of the Pacific, completely separated from her husband among eleven strangers. Seeking comfort in the presence of the single familiar face, Alaina quickly finds herself torn between her past and her present; between two loves in two contrasting worlds.

As they navigate life on the island, they uncover mystery around the storm they encountered and begin to question whether it was indeed a storm at all. In this new foreign place, as they search for signs of rescue, these strangers will find adventure, hidden secrets, and in each other: family. 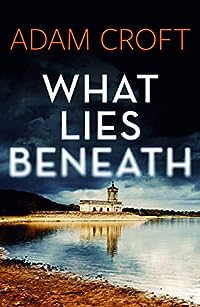 What Lies Beneath (Rutland crime series Book 1)
by Adam Croft

A peaceful Sunday morning in Rutland is shattered when a dead body is discovered on the rocks at Normanton Church.

The victim has been laid out in a crucifixion pose, facing the altar. DI Caroline Hills is certain there’s a religious connection — one which threatens the tranquility of life in the area.

The killer has gone to extraordinary lengths to make the symbolism clear. And the deaths will continue until Caroline and DS Dexter Antoine uncover the truth behind the dark secret — and what lies beneath. 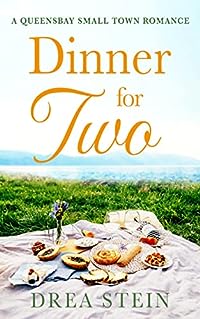 Dinner for Two, Book 1 in Drea Stein’s Queensbay small town contemporary romance series. Can two suddenly small-town chefs bake up a batch of love or will they get burned?

A heartwarming summertime small-town romance where the heat outside is matched only by the heat simmering between these two chefs.
High-powered lawyer Darby Reese dreamed of a sweeter life for herself. When her father needs someone to run the struggling small-town family deli, she jumps at the chance to prove her cooking chops. It’s everything she hoped for, until her hotheaded former cooking instructor walks through the door.

Sean Callahan was an up-and-coming star chef until an angry outburst got him banned from most big-city kitchens. Transforming a surf and turf restaurant in Queensbay, New England into a five-star experience may be his only shot at redemption. But meeting spunky redhead Darby makes him wonder if he wouldn’t mind sticking around town.

When the headstrong chefs collide, their chemistry is undeniable. But as clashing ambitions threaten to tear them apart, can they whip up a shared future to satisfy both their appetites?

Dinner for Two is the first book in the Queensbay series of contemporary romance novels. If you like charming small towns, fiery heroines, and lip-smacking love stories, then you’ll love Drea Stein’s mouthwatering romance. 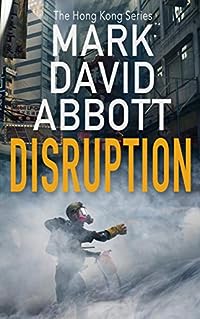 Career and wealth, or democracy?

Young Australian ex-pat Jacob Watson is on the fast track.

Two years after arriving in Hong Kong the young man is already managing a large property portfolio for one of the city’s biggest tycoons, networking with captains of industry, and living a life he could never have dreamed of back home.

But then life in Hong Kong changes.

Millions of people take to the streets to protest increasing interference from China, turning Jacob’s world upside down.

What should he do? Ignore everything happening around him to focus on his career and building his fortune? Or join the increasingly violent fight for democracy in the city he now calls home?