A Moment In Time

I walked into the bakery this morning looking for a cranberry walnut bread for my hubby. The place where we usually get it no longer caries it. The first thing I see is an adult man in pajamas and a robe. We live in a college town, so I am used to seeing young people in pajamas and sweatshirts all the time. Not usually and adult in PJ’s and a robe. It was the robe that threw me off. I got passed him and made my way to the counter to inquire about the cranberry walnut bread. I didn’t see any behind the counter, so I asked an employee. She was wearing a mask, so I had no clue what she was saying. She shook her head like she was saying no, so I just assumed they didn’t have cranberry walnut bread. Just then a man (not the one in a robe) sneezed really loud. Almost comically loud. Everyone backed away from him and stared in shock. I was going to leave before he sneezed, but I didn’t want anyone to think I was leaving because of the sneeze, so I pretend I was shopping for dessert for later. After what I thought was an appropriate amount of time, I thanked the lady behind the counter for her time and made my way to the door. The man that sneezed had left already. Did he touch the door? Oh man. I have no idea. I gently pushed the door open with my foot, and made my way out. I can only imagine the horrible things my shoes have stepped in. I no longer had appetite for breakfast. Maybe lunch will be less eventful.

A deadly crash, a government conspiracy, a lone pilot with one chance to uncover the truth.

There’s just one problem. And veteran engineer Chris Milford has found it. A lethal flaw that means aircrew will pay a terrible price.

Undermined and belittled by a commanding officer who values loyalty over safety, Milford is forced down a dangerous, subversive path.

Even his closest friend, Rob May, the youngest test pilot on the project has turned his back on him.

Until the crash that changes everything.

Only one person can stop the truth from dying in the smoking remains of a Vulcan bomber. 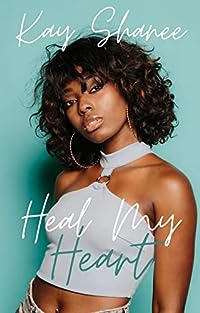 Heal My Heart
by Kay Shanee

The chemistry between Jaelynn Waters and Kamden Ross could cause an explosion. However, Jaelynn had some healing to tend to, deeming her emotionally unavailable for an all-consuming man like Kamden. However, mending her heart took longer than expected. Now she’s ready to confess her love, but it appears that Kamden is no longer in a place to receive it.

Kamden knew Jaelynn was made for him. Still, he gave her the space she required, accepting her as the best friend she was becoming. But after almost two years, Kamden was losing hope in what could be their fortified future. In order to protect his own heart, he thought it necessary to explore love outside of their defined lines.

Will Kamden finally let go of what could be? Is Jaelynn destined to continue breaking her own heart? Or will love flex its powers and heal what was once broken?

*This book is the third book of a spin-off of series that includes “Since the Day We Met” and “Easy to Love”. Although the stories can be read separately, you may have a more pleasurable reading experience if you read the aforementioned books.* 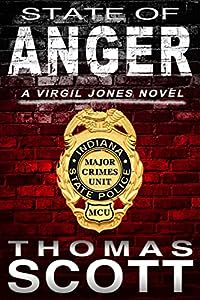 Nine people have 30 seconds to live. They just don’t know it… As leader of the Major Crimes Unit, Detective Virgil Jones tackles only the toughest cases in the state, and the one he faces this time has the city of Indianapolis on edge, near the brink of panic. When a team of serial snipers begin using their own personal brand of domestic terrorism, it’s up to Virgil to find out who is responsible for the mysterious killings, and why. But when Virgil gets too close, the hunter becomes the hunted, and one final bullet reveals a truth that will change his life forever.
Recommended for fans of Robert Crais’s Elvis Cole & Joe Pike, John Sandford’s Lucas Davenport, Michael Connelly’s Harry Bosch, C.J. Box’s Joe Pickett, and Harlan Coben’s Myron Bolitar.

The Next Girl: A gripping thriller with a heart-stopping twist (Detective Gina Harte Book 1)
by Carla Kovach

You thought he’d come to save you. You were wrong.

Deborah Jenkins pulls her coat around her for the short walk home in the pouring rain. But she never makes it home that night. And she is never seen again…

Four years later, an abandoned baby girl is found wrapped in dirty rags on a doorstep. An anonymous phone call urges the police to run a DNA test on the baby. But nobody is prepared for the results.

When all your plans fail, can you find the courage to follow a new path?

Lissa Montgomery is on track to be Boston’s top financial analyst — or she would have been, if her misogynistic boss had ever given her a chance. Suddenly jobless, Lissa has little hope for her life going according to plan. But then she meets handsome and charming Brennon, a workaholic who is just as driven as she is. In order to spend more time with him when he’s not at the office, she agrees to look after his blind roommate, Steve, after he’s hit by a car.

Where Brennon is sweet and thoughtful and practically perfect, Steve is grumpy and abrasive and refuses to find a reason to be happy in his newly sightless life. Getting to know Brennon, though, means being stuck with his best friend too, even if he is a little rough around the edges.

But as Steve starts to open up and finally live again, Lissa realizes there’s a lot more to life than climbing the corporate ladder. And she has to wonder who is really blind, since Steve seems to be the only one who can see what is right in front of him.

In Front of Me is a sweet contemporary romance that functions as a standalone, with recurring characters from the rest of the Simple Love Story series. 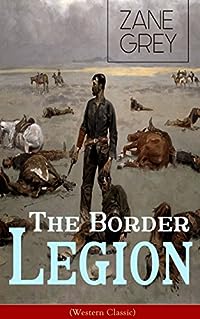 The Border Legion is a Western novel. It tells the story of a cold hearted man named Jack Kells who falls in love with Miss Joan Randle, a girl his legion has taken captive near the Idaho border. The Border Legion was adapted to film, in 1918, 1924, 1930, and in 1940. The film The Last Round-Up (1934) starring Randolph Scott, was also based on the novel.
Zane Grey (1872-1939) was an American author best known for his popular adventure novels and stories that were a basis for the Western genre in literature and the arts. With his veracity and emotional intensity, he connected with millions of readers worldwide, during peacetime and war, and inspired many Western writers who followed him. Grey was a major force in shaping the myths of the Old West; his books and stories were adapted into other media, such as film and TV productions. He was the author of more than 90 books, some published posthumously and/or based on serials originally published in magazines. 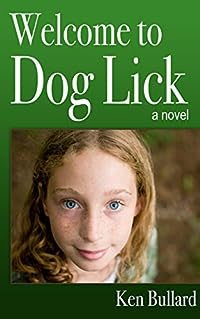 Long after midnight, in November of 1941, an abused and neglected child is abandoned on a rural highway in eastern North Carolina. Not knowing what else to do, she walks down the road until she stumbles into Dog Lick, a tiny town of 65 people. Dog Lick is a town that exists totally without racism, prejudice or bigotry, and is exactly the right town for the lost girl to wander into.Taken in by a young childless couple, she renames herself “Button” and makes a new life in this tiny community. This episodic novel tells stories from the next 42 years of that child’s life. Of her successes and failures; her loves and losses; and the many relationships she develops along the way. She learns of terror and tragedy, as all people must. But she also learns the value of family and friends – two things she never had before walking into the town of Dog Lick in the middle of the night.Ranging from comedic to tragic, from warm and sweet to heart-breakingly sad, Button’s life story is one you will not soon forget.