I woke up this morning bargaining with myself trying to get out of exercising today. Not one person is expecting me to do the workouts at 3:45 in the morning. Why I woke up with the need to come up with reasons to not workout is beyond me. I mean, I really don’t like working out. I never have. I loved playing sports, and never minded running around with a ball or skating with a puck. I was never any good at sports, but I had fun doing them. I was always the one during a game that you had no clue what her strategy was because she didn’t know either. HA! I scored a good number of goals that way. Surprised both me and the goalie. Hmm.. might be time for me to find a new sport to butcher. 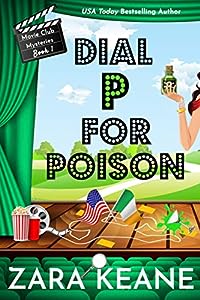 “My career in the San Francisco PD ended the day I arrested my husband.”

Ex-cop and amateur mixologist Maggie Doyle gives her cheating ex and crumbling career the proverbial middle finger. Lured by her aunt’s promise of a restful Irish vacation, Maggie agrees to mix cocktails at the Movie Theater Café in exchange for bed and board. Things are looking up — until the most hated woman on Whisper Island is poisoned at the monthly movie club meeting.

When her aunt is accused of murder, Maggie and her signature cocktails are on the case. With the help of her UFO-obsessed friend, a nun, and a feral puppy, Maggie is determined to clear her aunt’s name. Can she catch the poisoner before they strike again? Or will Maggie’s signature cocktails prove deadly to the last drop?

Everything in Detective Morgan Foster’s life is a secret…
Living in West End, West Virginia wasn’t part of the plan, but the murders of her husband, Peter, and her partner, AJ Roth, have sent her into hiding.

For a while, everything seemed to be fine, but two dead bodies at her waitressing job tell another story…

Unable to ignore the threat that’s crashed down on her carefully constructed secret life, Morgan gets caught in a web of motorcycle gangs, murder and a bounty that has six figures hanging over her head.

Before long, Morgan is in the sights of the people that want her dead again. Can she solve the murders before she becomes the next body to drop? 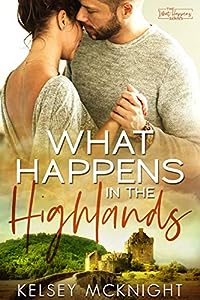 What Happens in the Highlands
by Kelsey McKnight

Match made in heaven or maid of dishonor?

Tight-laced Rose Hensel arrives in Scotland for her best friend’s wedding with a plan — to be the greatest maid of honor ever, let loose for the first time in years, and find out what Scottish guys really wear under their kilts. After meeting the best man, she thinks she found the man who checks all the boxes for a no-strings-attached romp among the heather.

Lachlan Calder-Mackinnon knows how to show a girl a good time. Gourmet dinners in castle ruins, picnics among rolling hills, and a seaside escape create some unforgettable dates. But as the fling begins to morph into something more, an unexpected wedding guest threatens to ruin Rose and Lachlan’s new romance.

With a plane ticket in one hand and her broken heart in the other, Rose prepares to head home to reality. However, she’s about to learn that what happens in the Highlands doesn’t always stay there. 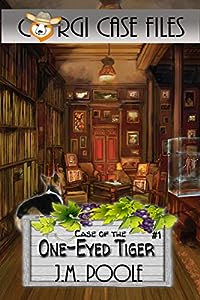 First book in a new cozy mystery series. When a shocking murder shatters the tranquility of a sleepy Oregon town, and a priceless sculpture turns up missing, all fingers soon start pointing at new resident Zack Anderson. Armed with a determination to clear his name, Zack sets out to solve the case with the help of his feisty canine companion, a corgi named Sherlock who has an uncanny ability to sniff out clues.

With evidence mounting against him, can Zack and Sherlock identify the killer and locate the missing sculpture before he ends up in the doghouse?

From the best-selling author of the fantasy series Bakkian Chronicles and Tales of Lentari comes a brand new cozy mystery series! 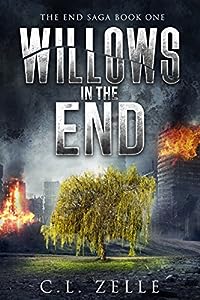 Willows in the End (The End Saga Book 1)
by C.L. Zelle, LC Ellez

When a government-mandated vaccine to eradicate crime goes awry, twenty-year-old Grace must navigate a sea of monsters, both living and undead, while making sense of her own deeply troubled existence. As she grapples with newfound truths, the frothing mouths of the brutal new world push her to her breaking point.

But the End has changed Grace for the better. She’s growing stronger every day, and softer. There are people who need her, and she’s lost too much to let them slip away, too. In The End, what matters most is finding each other, and living to love another day.

**Content Advisory/Trigger Warning for The End Saga: Due to the inclusion of realistic world-ending scenarios, such as death/gore/torture/violence/steamy scenes/sexual violence/drug/alcohol use/abuse, and because of explicit language, this series is recommended for readers age 18+, and those who aren’t sensitive to these topics.Reader discretion is advised.

**It is recommended that this book/series be read after having read The Treemakers Trilogy, as “Angels in the End” may contain some spoilers for that story.

**Please note: the content in this 4th installment of The End Saga is considerably “cleaner” than the first three books in the series, due to it being from the POV of (mostly) different characters, as well as for its connection to the author’s YA series, The Treemakers Trilogy.