Where to begin. We just got back last night from our trip to Disneyland, and OH BOY what a great trip. It will definitely take me a week or so to recover from all the fun. We spent five days total in both Disneyland and California Adventure. I have always only spent three days and thought those were long trips, but hubby decided on five days this time. We only go to Disneyland every five years or so, so I was pretty excited that we were going to spend so much time at the happiest place on Earth. I did not however realize that each of those happy days would be spent walking twelve miles. OUCH! What a blast though. I absolutely love the classic rides like Peter Pan, Alice in Wonderland, and of course It’s A Small World. The last last one being my favorite ride of all time. I was very impressed with my youngest baby basset, who hates scary rides by the way, he went on the very intense drop ride Guardians of the Galaxy THREE TIMES! I went on that ride five years ago and swore I would never again. It was by far the most scared I had ever been. I went on it three times as well. WHAT?? Who am I? By the third time on the ride I was posing for the picture at the top of the ride before the biggest drop. Vacation me is so different from me at home. I hope she sticks around a while.

A magic apocalypse. A new world. Elves, orcs, dragons. And at the center of it all: THE DRAGON MAGE.
Earth is doomed and mankind has been exiled to Overworld, a strange world ruled by the Trials. Jamie Sinclair is a young man with unique gifts, and it falls to him to find a way for humanity to survive Earth’s destruction and build a new home in Overworld.

Can Jamie save mankind?
The Trials is no game. Join Jamie as he struggles through its brutal challenges while wrestling with his new magics and Overworld’s game-like dynamics. 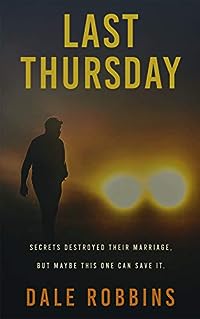 A fatal car accident tests the lengths a children’s author will go to protect herself and her cheating husband in this domestic thriller of psychological suspense.

Audrey Nielsen has lost control. After surviving the worst year of her life, including the loss of her unborn daughter and the discovery that her husband, Timothy, has been unfaithful, her career as a children’s author is on its last legs. She decides that Thursday will be the day she finally leaves and reclaims her life.

However, following a drunken night out in Seattle, the couple wakes to news of a local college student dying in a hit-and-run. The vehicle and suspect descriptions match Audrey and Timothy, and they must choose whether to confess to the crime or cover it up. With the case making headlines and the deadline for her latest book approaching, Audrey finds herself caught up in a terrifying real-life narrative of her own and is soon forced to make another impossible decision with deadly consequences.

Secrets destroyed their marriage, but maybe this one can save it. 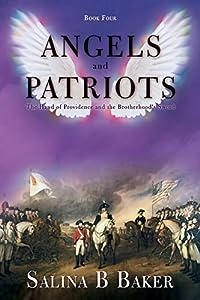 The Hand of Providence and The Brotherhood’s Sword

After defeating God’s miscreations from Purgatory, who inflicted curses on two of his angels, Archangel Colm Bohannon and his brotherhood search for a celestial cure that is obscured by threats from Colm’s older archangel brothers and their confusing allusion to a sword the disobedient angels can wield to free them of God’s punishments.

But their vow to George Washington and the Continental army remains strong as the American Revolution explodes in the Southern states and the French arrive to aid the Patriot cause. With the British holding New York and British General Charles Cornwallis terrorizing the south in his relentless pursuit of General Nathanael Greene, the angels’ celestial sense of touch and hope for liberty dwindles. But they are not forsaken by the Patriots who desperately grasp for their own liberty as they are all swept through the last months of the American Revolution. 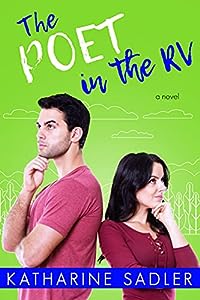 The Poet in the RV: A Small Town Enemies to Lovers Romance (Catalpa Creek Book 5)
by Katharine Sadler

Hitting the road with the only man who gives me butterflies while simultaneously making me want to punch him could be the biggest mistake of my life, or it could be the best thing I ever do.

Three years ago, George Gregory kissed me. It was the sort of kiss that felt like the start of something really great.

He spent the next twenty minutes telling me how much he loved his ex, and then he called me Mary.

My name is May.

Since that fateful evening, I’ve made it a point to never, ever, ever call him by the right name. I also mock him every chance I get. I love the way his cheeks turn red and he tilts his head to the side like he doesn’t understand why I’m so mean.

He’s not the only one confused, because in all other aspects of my life, I’m… well…
Pushover has such a negative connotation. I prefer to think of myself as dependable. Count on me to always say yes.

Need a sitter for Sunday night? I’ll be there.

Need someone to man the phones at my mother’s Inn? I’m on it.

Need an extra hand at my brother’s winery? There’s nothing I’d rather do more.

Just when I run out of places to hide from the people begging me to say yes, George Gregory shows up in an RV like a knight on a steed and offers to take me away from it all.

Will the fact that George is in love with his ex and that my fiancé hasn’t accepted we’re over be enough to make me ignore the sparks igniting between us? 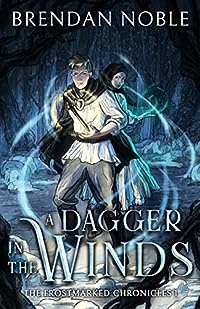 An outcast cursed since birth. A witch chosen by a goddess. Torn apart by fate, together, can they save their tribe from eternal winter?

All Wac?aw has ever dreamed of is belonging and purpose. Except he’s never actually dreamed. Each night, his soul leaves his body, allowing him to wander invisibly until he wakes. He’d do anything to know why.

Even give a blood offering to the goddess of winter and death.

As a priestess of spring, there’s no one Otylia hates more than the winter goddess — except maybe her once best friend Wac?aw. It’s been four years since she saved his life using forbidden magic. Her thanks? Abandonment. Winter stole her mother just weeks later, and Wac?aw never came.

But when Otylia discovers Wac?aw bearing the winter goddess’s mark on what should be the first day of spring, she realizes the horrific truth: Winter will not end, and Wac?aw is her only hope of discovering why.

Embark on an epic journey through a world rooted in Slavic mythology and folklore that has powerful gods, menacing demons and beasts, cursed forests, enemies to lovers romance, and plenty of secrets to uncover.