Might I Put A Note In The Suggestion Box?

I learned today that microwaved Parmesan cheese smells horrible. It is second only to microwaved fish. I want to complain to HR, but I can’t seem to find anyone in HR to talk to. Hubby keeps telling me to stop being so dramatic, that he lives here to, and can cook whatever he wants. He bought a five pound bag of it yesterday, and is putting cheese on everything. It’s going to be a long week. 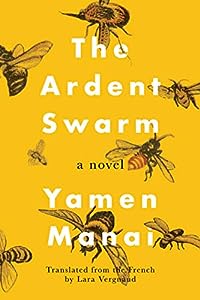 The Ardent Swarm: A Novel
by Yamen Manai, Lara Vergnaud

From an award-winning Tunisian author comes a stirring allegory about a country in the aftermath of revolution and the power of a single quest.

Sidi lives a hermetic life as a bee whisperer, tending to his beloved “girls” on the outskirts of the desolate North African village of Nawa. He wakes one morning to find that something has attacked one of his beehives, brutally killing every inhabitant. Heartbroken, he soon learns that a mysterious swarm of vicious hornets committed the mass murder — but where did they come from, and how can he stop them? If he is going to unravel this mystery and save his bees from annihilation, Sidi must venture out into the village and then brave the big city and beyond in search of answers.

Along the way, he discovers a country and a people turned upside down by their new post-Arab Spring reality as Islamic fundamentalists seek to influence votes any way they can on the eve of the country’s first democratic elections. To succeed in his quest, and find a glimmer of hope to protect all that he holds dear, Sidi will have to look further than he ever imagined.

In this brilliantly accessible modern-day parable, Yamen Manai uses a masterful blend of humor and drama to reveal what happens in a country shaken by revolutionary change after the world stops watching. 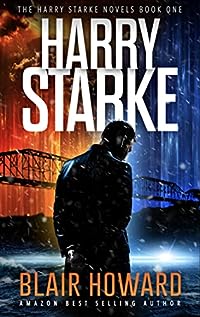 For an ex-cop turned private investigator I’ve carved out a pretty nice life for myself. Yes, life is good, but that doesn’t stop me from seeking closure and justice for victims of the darker side of Chattanooga. Some would call me reckless. But I’m just doing it my way, and it works. These then are my stories.

Book 1: It was on a wild December night in 2015, close to midnight, when I found myself on the Walnut Street Bridge. Moments later I was staring down into the terrified eyes of a young woman — just seconds before she slipped through my fingers and fell to her death. Who was she? Why did she kill herself? The look on that girl’s face will haunt me for the rest of my days. I had to find the answers… 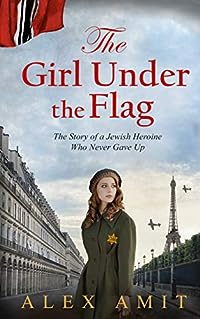 The Girl Under the Flag: Monique – The Story of a Jewish Heroine Who Never Gave Up (WW2 Girls)
by Alex Amit

Monique would do anything to live.

Running for her life from the Nazis, Monique, a seventeen-year-old Jewish girl, escapes through the streets of Paris, searching for a place to hide.

In a dark basement deep within the city, Philip, a man of the Resistance, offers her a deal in order to save her life by changing her identity. In return, she needs to provide information about the Germans by becoming acquainted with them.

Torn between her feelings for Philip and her fear of Herr Ernest, a German officer who shows special interest in her, Monique steps deeper and deeper into the jaws of the Nazi beast. But with every day that passes, she knows that it is only a matter of time before she makes a mistake and becomes discovered by the Germans – the price for that being her life.

Through her own eyes, Monique tells of her efforts to survive within occupied Paris, torn between the cafés bustling with people and the poor citizens endlessly waiting in lines, food-ration stubs in hand. But above all, this is a story about a girl who has to fight for her freedom during those dark and dreadful days, fervently refusing to give up, while the German soldiers march through the streets of Paris, stomping the ground with their hobnailed boots. 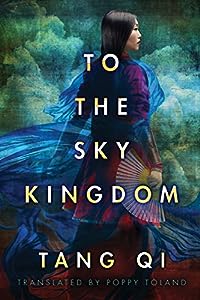 To the Sky Kingdom
by Tang Qi, Poppy Toland

When the immortal Bai Qian finally meets her intended husband, the heir to the Sky Throne, she considers herself in luck — until an old enemy returns to threaten everything she holds dear…

When a mortal woman enters the immortal world to be with her true love, she sparks a jealousy that ends in tragedy…

And when a war god depletes his spiritual energy, his devoted student sustains his body with her own heart’s blood until the god’s scattered soul reassembles…

Spanning a thousand years of tangled lives, To the Sky Kingdom is a story of epic battles, passion, evil, and magic. In its journey across worlds and time, it delves into the powerful forces that drive mortals and gods alike toward revenge, loyalty — and love. 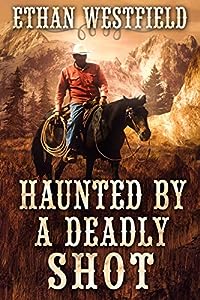 Haunted by a Deadly Shot: A Historical Western Adventure Book
by Ethan Westfield

Although Adam Meade never seeked trouble, trouble found him. When he was just a 10-year-old boy, he participated in a cruel crime he never intended to commit, in order to save his mother; the shooting of a man. Little did he know that the curse of the past would still haunt him many years later, isolating him from everyone else in Bannack, his hometown. The world writes him off, but Adam grows into a lionhearted man, with a hidden bold side that very few know. Working hard day and night as a miner to make a living, he can’t stop dreaming of a life full of adrenaline. With a past as burdened as his, will he ever manage to take life into his own hands and prove his worth to everyone in the small town?

When a group of strangers ride into town before the early winter snows block the Montana Trail, Adam suspects they have other plans in mind besides wintering over. Their arrival will soon spread chaos in the peaceful town, as it will be revealed that they are on a dangerous mission. One fateful day, a prospector is found mysteriously murdered and Adam can’t help but wonder whether the evil strangers are behind the atrocious crime. However, due to his bad reputation, the sheriff won’t believe a word he’s saying. Luckily, he crosses paths with a brilliant young woman, Jessie, and together they will go on an endless journey of hide and seek. But the hardships they encounter on this pursuit are nothing like they expected… What are Adam and Jessi willing to risk in order to carry out such a perilous undertaking?

While Adam and Jessi are struggling to survive through this hazardous adventure, they will realize that the attraction between them is impossible to deny. But as long as danger is closing in, love is not in the cards for them. Will their love have the chance to flourish on the trail of criminals who spread death on their way? Or will they be forced to abandon all hope for a new life once and for all? 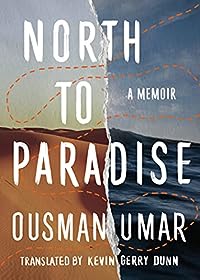 The inspiring true story of one man’s treacherous boyhood journey from a rural village in Ghana to the streets of Barcelona — and the path that led him home.

Ousman Umar is a shaman’s son born in a small village in Ghana. Though his mother died giving birth, he spent a contented childhood working the fields, setting traps in the jungle, and living off the land. Still, as strange and wondrous flying machines crisscrossed the skies overhead, Ousman dreamed of a different life. And so, when he was only twelve years old, he left his village and began what would be a five-year journey to Europe.

Every step of the way, as he traveled across the Sahara desert, through the daunting metropolises of Accra, Tripoli, Benghazi, and Casablanca, and over the sea aboard a packed migrant dinghy, Ousman was handed off like merchandise by a loose network of smugglers and in the constant, foreboding company of “sinkers”: other migrants who found themselves penniless and alone on their way north, unable to continue onward or return home.

But on a path rife with violence, exploitation, and racism, Ousman also encountered friendship, generosity, and hope. North to Paradise is a visceral true story about the stark realities of life along the most dangerous migrant route across Africa; it is also a portrait of extraordinary resilience in the face of unimaginable challenges, the beauty of kindness in strangers, and the power of giving back.