Chelsea’s Alpha Book series by Robert Warden is a highly recommend series to everyone who loves reading about werewolf shifters, vampires and paranormal romance. This is a fated mates paranormal romance book series is for audiences 17+ years old. Enjoy! 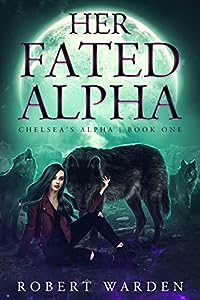 I’m a vampire huntress. Yet I get imprinted on by a pack alpha.

I come from a long, extensive family of vampire hunters. I moved to Harrisonburg, Virginia to take care of my little sister, also a vampire huntress. But trouble calls me on speed dial and I discover a string of murders in town at the hands of a vampire.

This isn’t a normal vamp, though. He’s playing with dark magic, something I’ve never dealt with before. On top of that, there’s a wolf pack in town and their alpha, Tyler Perkins, has fallen head over heels for me. To make matters worse, my sister dies at the hands of the vampire.

Could my life get anymore effed up?

But in the pursuit of justice, I start warming up to Tyler and things get steamy between us. He helps me take on the vampire and his nest, who become a threat to his pack. I start to wonder if Tyler and I were destined to meet. As the fire and passion burn brighter than ever between us, I get my answer: he’s my fated alpha. 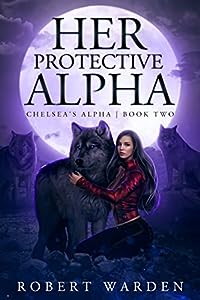 When an enemy pack wages war against us, a secret about Tyler is exposed. It could lead to our downfall.

I was no longer Chelsea Dansler the vampire huntress anymore. I’ve been completely detached from my legacy, my family name, and mortality in general. I joined the Harrisonburg pack when I got bit, turned, and mated to Tyler. Now people see me as the queen of the pack.

I haven’t even gone a full day as a new wolf in the Harrisonburg pack when a foreign scent floats through our camp, a usual sign of an invasion. It’s a false alarm at first, until it proves to be a bad omen later on. The alpha of the Roanoke pack, Lucien Hawkins, wages war against us because of something my mate did over a decade ago with his dad against the Roanoke pack.

Because of the heinous act Tyler committed on his father’s orders, Lucien is more determined than ever to destroy our pack, which pushes Tyler, me, and the rest of the wolves to the edge. But hey, what best way to get used to my new life than to defend my pack? And in the end, no matter what, Tyler will go to great lengths to protect me and his pack. 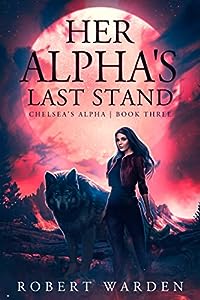 Revenge, betrayal, destruction, and death all collide and impact our pack when Royce’s sister comes to town.

Everyone was happy and relieved when Lucien died. But just when one war ends, another one starts. It turns out that Royce is NOT the last of the Callahan Clan of vampires. His sister Chloe is.

She rolls into Charlottesville and immediately declares war on the pack to avenge her brother. But it’s even worse for us this time because Chloe and her army of pale bastards protected themselves from holy water and the destruction of the vampiric germ inside them through dark magic.

We turn to the Fredericksburg Pack for help but their alpha Dante betrays us through a loophole in the alliance deal that he uses to reject us in our darkest hour. An army of magic-charged vampires and an ally-turned-enemy pack.

What the f**k are we supposed to do now?

Things turn for the better, though, with the help of two unexpected allies! And it’s with their help that my mate and our pack make our last stand against the vampires and stand firm in defending our home and our lives. We fight the enemy together until we achieve the future Tyler and I have long sought for our pack that’s full of happiness and peace.