Laziness Is My Superpower

Purely out of laziness I am still going strong on my New Year’s Resolution. Back in January I had set up a plan to do a low carb diet. This is something I have done off and on for years, so it was pretty easy for me to jump right into it. I am amazed with myself though. I am SO lazy, that I would rather stay on the low carb diet, than try to figure out a new meal plan and update the grocery shopping list. I created a meal plan last month that would accommodate my family, who is not on low carb, but still have something every night that would be enough for me. We are now 18 days past the 1 month limit I gave myself, and I would rather keep going than come up with a new meal plan. Oh heck, I will take the win on this one. 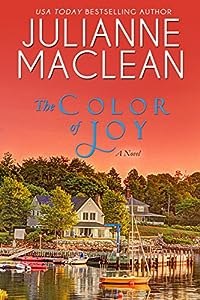 The Color of Joy is USA Today bestselling author Julianne MacLean’s eighth instalment in her popular Color of Heaven Series, which has delivered many happy sighs to thousands of readers worldwide and left them clamoring for more. Bring tissues and prepare to be up all night reading this fast-paced, emotionally charged tale about the obstacles we encounter in everyday life and the real life magic that helps us triumph over them.

After rushing to the hospital for the birth of their third child, Riley and Lois James anticipate one of the most joyful days of their lives. But things take a dark turn when their newborn daughter vanishes from the hospital. Is this payback for something in Riley’s troubled past? Or is it something even more mysterious?

As the search intensifies and the police close in, strange and unbelievable clues about the whereabouts of the newborn begin to emerge, and Riley soon finds himself at the center of a surprising turn of events that will challenge everything he once believed about life, love, and the existence of miracles. 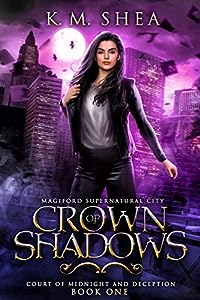 The fae of the Night Court are desperately searching for a new monarch to crown before the Court collapses.

I’ve done everything I can to bury my fae blood and embrace my human half. That changes when some fae nobles show up on my doorstep and announce that I’m the next Queen of the Night Court.

The Court is almost bankrupt, my citizens’ favorite hobby is backstabbing one another, and I don’t know who I can trust since someone keeps trying to assassinate me.

Speaking of assassins, I get introduced to the best in the business — a fae lord nicknamed the Wraith. His deadly profession means he fears no one. The only reason he doesn’t kill me on the spot is he’s also a member of the Night Court and the Court’s magic protects me. But that doesn’t prevent him from trading verbal barbs with me whenever we meet.

And if cat herding all these uncooperative fae and chatting with assassins wasn’t enough, I’m required to get married as part of some archaic Court law. This “queen” gig is the worst!

Supposedly I can choose anyone to marry, but with all the infighting I need someone who is neutral and won’t provoke more political power struggles.

So, why do I keep thinking of a certain assassin?

Court of Midnight and Deception is a complete trilogy that takes place in the Magiford Supernatural City universe. It features fae, werewolves, vampires, and wizards! This trilogy is packed with humor, adventure, and a sweet, slow burn romance between a reluctant fae queen and the assassin who tried to kill her.

A bunch of missing money.

Rock and a hard place…

She says he’s a secret agent. He’s on a mission.

Rafferty has a fair idea where Sherm actually spends his weekends but decides there’s no harm in letting Patty hold on to her fantasy.

She’s paying the bill; it’s the least he can do.

Rafferty will find Sherm. Tell him what’s what. Convince him to go home and stop lying to his devoted wife.

But Sherm’s in over his head with people who use body counts to solve problems.

They want their money back, and don’t care who gets caught in the crossfire.

The closer Rafferty gets to bringing Sherm home the more bodies he has to climb over, and it’s not long before he has to face the truth:

Sometimes there’s nothing but kill or be killed…

If you’re a fan of Spenser, Reacher, or Elvis Cole, this series is a must-read. 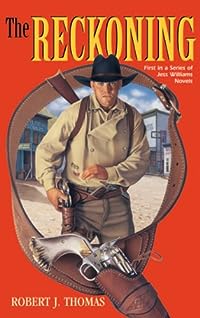 THE RECKONING: A Jess Williams Western
by Multiple Authors

Don’t let the prologue of this book fool you; this is a western novel.

The Reckoning is the first in the series of Jess Williams western novels written by Robert J. Thomas. Jess Williams is an ordinary young boy with a loving family growing up in Black Creek, Kansas. That all changes when he comes home and finds his entire family brutally murdered.

Forced to become a man overnight, he vows to avenge his family’s savage deaths. He begins to practice with his Pa’s Colt .45 and then a stroke of destiny arrives when he discovers a new pistol and holster that mysteriously appears. Jess practices with it relentlessly until he becomes so quick that he is unbeatable on the draw.

He leaves home transformed from a boy to a highly skilled shootist with no reason to live except to hunt down and kill each of the three men responsible for the murders of his family. As he begins his journey, he does so with a pistol and holster that no one has ever seen before–and won’t again for almost one-hundred years.

If you could become a pirate would you?

What if trusting just one old buccaneer made you one for life?

That’s what happens when Miles the Mutineer ‘follows his heart’ like his mother wanted after he ran away from home.

The only problem is, following his heart is complicated. Especially when all he wants is to steal a secret map from an escaped convict that half the world is looking for.

Oh, and the map may lead to an old fortress under the earth with enough traps to kill the best buccaneer’s alive.

Telescope Jim is for you because: 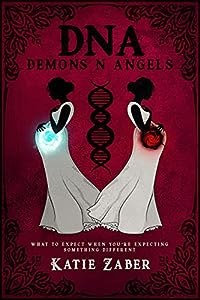 DNA Demons N Angels: What To Expect When You’re Expecting Something Different
by Katie Zaber

A surprise conception. When strange phenomena follow in her wake, will a young mother-to-be discover her miraculous gift is anything but heaven sent?

It’s weird how every woman reacts differently. How each pregnancy differs.

Mine is definitely unique.

My sense of smell became stronger, picking up the faintest odors, and my stomach was in constant turmoil. Those were the first signs.

And then I started eating. And eating. If I don’t, I get a migraine and people’s faces become blurry. Electronics seem to malfunction in my presence. And the nightmares — they don’t stop.

Something is changing my body.

Something that should have never happened.

Something that my husband and I had prevented from happening.

Something people say is miraculous.

The bigger I get, the more frequently I encounter people who become possessed. And the more often I wind up questioning if I am carrying a miracle baby.

The closer I get to the due date, the more I love this child and the more confident I am that I will protect my baby from anything.