A New Beginning Series by Mia Connor is a wonderfully written paranormal women’s fiction series that makes the unlikely believable. Mia is able to spin suspenseful stories that both excite and captivate. Enjoy! 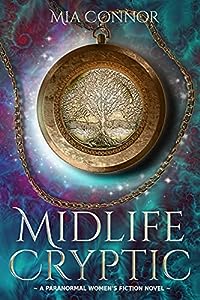 A faerie with a new mission.
A man with a secret.
A vicious murder that must be solved before the killer can strike again…
Imogen never expected to be starting over at 42, but after learning her husband has cheated, she’s facing a new reality of being alone and supporting herself. When a grisly murder occurs in Central Park and rumors of a lycanthrope on the prowl abound, the police make her an offer she can’t refuse. They’ll hire her to use her fae powers to help solve it.

Not only does investigating the crime unlock the faerie inside that’s been calling to Imogen, she instantly knows Brendan — a bedraggled, homeless man arrested for the crime — is innocent. Though, drawing him out of his shell and getting to the truth is far harder.

After living wild for so long, Brendan is unsure how to act or who he can trust. Opening up to Imogen takes time, but if they don’t uncover who is responsible soon, more innocent people could lose their lives.

Forced to face their true natures, Imogen and Brendan race against time to solve the crime and discover what is really important to them: each other. 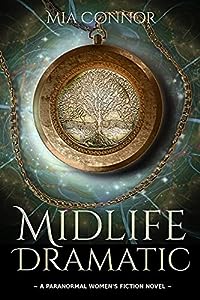 A man crippled by an ancient curse.
A determined faerie.
A sinister plan threatening their future…
Things are good, and Imogen’s life has finally calmed — except the curse that still plagues Brendan. After being bitten by a Skinwalker as a child, Brendan transforms into a powerful and dangerous beast at the slightest provocation.

Determined to find answers, they head to Utah, to where the incident that turned him into a monster occurred. Once there and connected to someone who offers to assist them, Brendan is told he must travel the rest of the way solo, to confront the King of the Skinwalkers and seek release from the curse.

Imogen reluctantly watches her love disappear into the darkness on his quest. Only things are not as they appear, and ulterior motives of others could spell disaster for them.

Taken captive by a greedy biotech firm, Brendan is subjected to invasive torture and testing, but Imogen isn’t about to give up on the love of her life. Accepting help from an unusual ally, Imogen makes a promise she may not be able to fulfill.

With their lives on the line and questioning the motives of everyone around them, Imogen and Brendan must find their way back to each other and forge a path together if they hope to have any future. 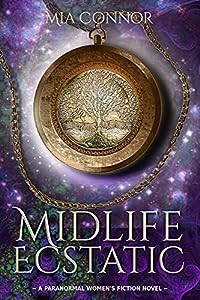 A man seeking a new future.
A woman fighting her past.
A return home that could spell disaster…
After what happened in Utah, Imogen and Brendan only have one choice — return to Killin, Scotland, to claim the inheritance her mother left her and start fresh. But Imogen’s father won’t make it easy for her. He’s in trouble with the faerie council for a construction scam, and he won’t let her have the land that’s rightfully hers unless she helps protect him.

Torn between what she knows is right and her lingering loyalty to her father, Imogen agrees to plead his case. Only all her work may be for naught when a local faerie construction worker is murdered and all fingers point to her father being guilty.

While Imogen consults her old friend the witch for insight, Brendan begins his own investigation to uncover the truth. But before anyone can point the finger at the real killer, tragedy strikes again, forcing Imogen to flee again, the future and her path uncertain.