On my favorite morning radio show yesterday, the host said there was a turkey shortage, and if you wanted turkey this year for Thanksgiving, you should have bought it already. I freaked out. The panic run through me so fast I contemplated dropping my kids off at school late, just so I could run to the store now now now to get my turkey. First of all, we had already decided we were not having turkey this year, and instead we were having a brisket. Also, I was just at the grocery store and saw plenty of turkey on sale! I am just so easily influenced. STOP IT!!! I think I thrive on being in a panic and I knew darn well I didn’t need a turkey. My brain hates me. 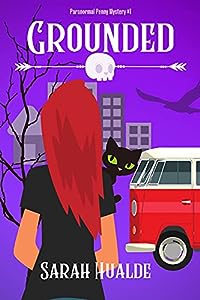 Dark roast with a side of Death Omens.
It’s just another workday for Penny Nicols.

Penny is haunted by a secret.

One that forces her, and her snarky cat, to move around in her tiny house on wheels.

As Penny settles into a new town, she realizes something much darker is afoot.

The Raven, her nemesis, has tracked her down once again.

She finds herself in a race against time to vanquish the darkness and save those around her.

This case is like nothing she has faced before.

To solve it, she enlists the help of two Podcasters of the Paranormal.

Will Penny ever be able to outrun her secret?

What will she discover along the way?

One thing is for sure; nothing will ever be the same again.

Jump into the first Paranormal Penny Mystery and hang on tight. 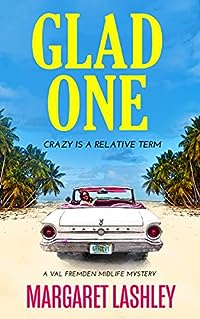 A Midlife Meltdown Leads to Southern-Fried Mayhem in this Hilarious and Heartfelt Cozy Mystery Series.

After being duped out of her life savings in Germany, Val Fremden retreats home to Florida with more than just her pride in tatters. At 45, she’s broke, divorced, and virtually unemployable. Starting over will be tough enough as it is. But when her only friend suddenly turns up dead, Val begins to seriously wonder if the world is out to get her.

Maybe it is…
The sugar-white sands of Sunset Beach attract weirdos like mosquitoes to a bug zapper. So when the will of Val’s friend makes the local newspaper, lunatics and con artists stumble from their beach shacks to scuffle for a piece of the leftover pie.

Determined to find her friend’s true heir, Val reluctantly turns to three crackpots for help — a drunk, a redneck, and a snarky beach bum. Working at odds with each other, their bumbling investigation attracts the attention of a hot cop. He quickly gets into the fray and under Val’s skin. Whether it’s in a good way or bad only time will tell. Because sometimes, it’s not until you reach the bottom of the barrel that you find out who your true friends are.

Love your mysteries with a side of snide? The Val Fremden Midlife Mysteries are for you! Get set for a wickedly witty slide down the social ladder with a surprising cast of unexpected misfits!

If you love Janet Evanovich’s Stephanie Plum or Jana Deleon’s Fortune Redding, you’ll probably find yourself resonating with Val Fremden, too. She’s a lovable, bungling mess who’s a bit older, a tad more jaded, and a ton more experienced in big-time failure. Life’s been tough for Val. Still, she always manages to find her way with sardonic humor and an intrepid spirit. A gin and tonic now and then helps, too.

Life’s a beach and then you die. If you’re ready for a good laugh and a great mystery, check out Glad One. Funny Florida mysteries don’t get any wackier — or truly heartfelt. 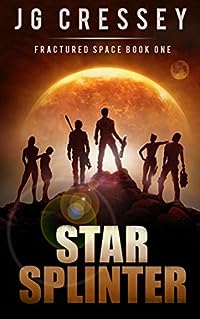 As the galaxy is torn apart, an unlikely crew is brought together.

Lieutenant Callum Harper hadn’t intended on punching his commanding officer quite so hard. But maybe it wasn’t such a bad turn of events. Court-martialed and dumped on a reject raft bound for Earth, Cal feels optimistic about a life where getting blown up, shot, or even eaten is altogether less of a concern.

Unfortunately, fate doesn’t favor the mundane. Crash-landing on a lethal planet, and with technology failing all around him, Cal must take his fellow passengers under his wing in order to survive and unravel the reasons behind their plight.

But the cause is far worse than any of them could have imagined, for theirs is a small part of a much larger crisis. Colonized space is under attack. Humanity is on the verge of chaos. And those who enjoy such anarchy are already beginning to thrive.

Yet Cal and his new companions will discover that mankind isn’t the true threat, not by a long shot.

A space opera adventure in the vein of Firefly and Guardians of the Galaxy. 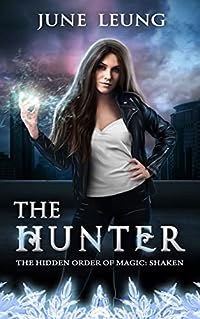 The Hunter (The Hidden Order of Magic: Shaken Book 1)
by June Leung

As a paranormal investigator with magic, Lia faces the most dangerous monsters that threatened her city.

When the monsters were unleashed in the city, it is Lia and her team’s job to defeat them before more innocents are killed. From finding out where the monsters came from to defeating them, each step will take more from her.

Except, Lia and her team aren’t the only ones planning an attack, the monsters aren’t backing down either. But as she fights each creature, her powers are challenged, and her friends are left at risk while innocents turn up dead.

One man offers his help, but he has his own secret… one that could set her world aflame. Not to mention, the help isn’t free, and Lia’s not sure she’s ready to pay the asking price.

Who is the hunter? Who is the prey? Time will tell…

Ready for an action-packed urban fantasy story with a slow-burn romantic subplot that fans of The Dresden Files and Jessica Jones will love? These snarky and fun characters are waiting for you. 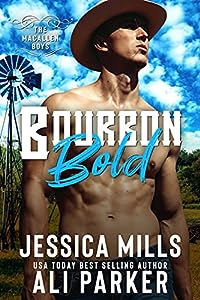 She’s got a bucket list, and I’m hoping I’m on it.

Relationships should be short and sweet, or so I thought, until I meet a woman who shows me what an idiot I’ve been.

She wants my help with her bucket list, a list filled with adventure and a hint of danger.

The only thrills I’m seeking are in her bed, but once I find out how hot this filly runs, I know I can’t walk away.

We agreed our fling would last until the last item was crossed off the list, and now the clock is ticking.

But how do I convince her that I don’t want things to end?

How can I show her that I’m not just a toy and actually win her heart?

Time to be bold.