What a mess. An absolute mess. Just as California was being declared in a state of drought emergency, the sky opened up and dumped all the water it has been holding back. Then it dumped some more. I am pretty sure it just dumped all the water it had. For the first time in the eighteen years we have lived in our house, I watched as the streets flooded up to our knees. Sunday morning it was raining hard enough that I got worried and put on my rain gear to check the drains on our street. I cleared out debris from a few, but I quickly realized it wouldn’t do any good. The water was already up to the top of the drain and rising fast. I called the family outside to see the craziness. I am grateful I was outside checking things out because I soon realized that my car, that was parked on the street, was going to be under water soon. After I moved it to the safety of our driveway, We did what everyone else in the neighborhood did. We walked around the streets exploring the mess. We warned some neighbors to move their cars before it was too late, while other neighbors got out their kayaks and went for a spin around the flooded streets. Unlike some of our neighbors, our house was just fine. My garden on the other hand…not so much. 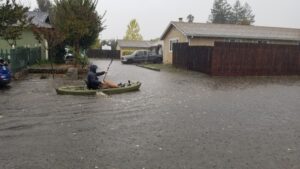 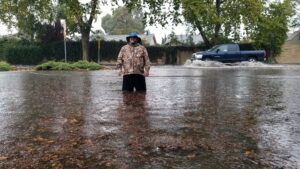 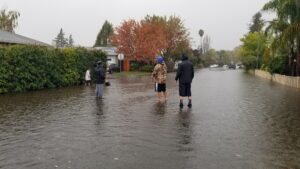 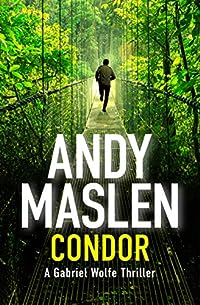 Who sews a young girl into a suicide vest?

A young girl detonates her suicide vest on a crowded London bus. Ex-SAS covert agent Gabriel Wolfe hunts the man who gave the order. His target is a psychopathic cult leader with a taste for classical music, fine wine and extreme violence. Gabriel must also face a sadistic Colombian cartel boss nicknamed “The Baptist”.
Lost and alone in the cult’s compound in the Brazilian rainforest, Gabriel is tortured and brainwashed by “Père Christophe” and fitted with his own suicide bomb.

With the stakes raised to breaking point, Gabriel needs to draw on all his training and resources to avoid obliterating a crowd of civilians at the launch of a new power station before returning to confront the man he came to kill.

Alison measured her years in decades. Ten years gaining a double PhD is astrophysics and engineering. Ten years travelling the world from Dark Skies sites to Large telescopes research units. Two years teaching at a boys boarding school. Two years that felt like ten, until aliens landed in the Quad outside the Chapel. 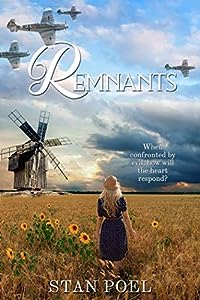 It is 1940 in the Netherlands, and nineteen-year-old Jenny DeHaan is determined to live her life outside the confines of the family farm. When accepted to a prominent university, she sets out on the road to independence. While in school, she develops a bond with Marten Demeester, a Jewish student who shares her goal of becoming a pediatrician.

When Hitler breaks his promise and invades their country, everything changes. The peaceful land becomes a battlefield, and the Netherlands quickly falls to the overwhelming German forces. The Nazis, aided by local collaborators, begin a process of arrest, deportation, and extermination of Dutch Jews, with Marten’s family targeted by a powerful Gestapo colonel.

The race to save their Jewish neighbors puts Jenny and Marten, now members of the Dutch Resistance, squarely in the crosshairs of the cunning and ruthless Gestapo. Failure could mean death for them and for their families and friends. As the Nazis close in, the pair is forced to make fateful choices. What price are they willing to pay to save others?

Fifteen years ago, we were opposites who didn’t attract. He was quiet and kept to himself in high school. I hung with the cheerleaders and the rowdy football crowd.

But on the worst day of my life, he rescued me, bought me a burger, and kissed me better than any of the football guys ever did. I fell hard.

Then he ghosted me and broke my heart.

Now he’s back, charming and drop-dead gorgeous, with mesmerizing blue eyes, a devilish smile, and a razor-sharp wit. He also owns some of San Francisco’s trendiest restaurants and it’s damn hot in his kitchen.

He wants to explain the past and prove he’s a better man now. I just want to resist.

But there’s something about Blake… the way he ignites a fire that burns only for him, the way he knows what I need even before I do. The way he owns every kiss…
I could fall for him all over again.

But I don’t believe in second chances. Do I?

SECOND CHANCE AT US is part of the Berkeley Hills series and is a complete STANDALONE novel. 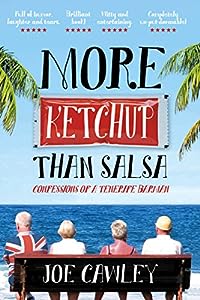 Childhood sweethearts, Joe and Joy are broke and bored. They’re also tired of smelling of fish.

When offered the chance to escape from the dreary market stalls of England to run a bar on a sub-tropical island, they recklessly jump at the opportunity – despite their spectacular lack of experience.

In Tenerife, dreams of a better life overseas are soon crushed by mini-mafias, East European prostitutes and biblical-grade cockroach infestations.

Joe and Joy’s foreign fantasy turns into a nightmare as they find themselves trapped with a failing bar in a foreign land, pandering to a bar full of oddball expats while trying to stop their relationship crashing into the rocks.

Can they save their business, their dreams, and their relationship before it’s too late…