Summer may be coming to an end, but who says you have to leave the beach just yet. Grab a copy today of these wonderful clean beach romances by USA Today bestselling author Elana Johnson. Enjoy!

Charlotte Madsen’s whole world came crashing down six months ago with the words, “I met someone else.”

Thirty-seven, recently divorced, and childless. That’s Charlotte when she disembarks from the plane in Getaway Bay. She wants to get away, that’s for sure. She thought the best way to do that was to buy a run-down house overlooking the bay, knowing she’ll need all her fixer-upper skills to get it in shape. Which is just fine. She’s hoping as she overhauls the house, she’ll get a life makeover too.

She was not expecting a tall, handsome man to be under the kitchen sink when she arrives at the supposedly abandoned house. She wasn’t expecting to get drenched when the non-plumber twists something the wrong way. And she certainly wasn’t expecting her heart to be well enough to feel anything for anyone.

But former Air Force pilot, Dawson Dane, has a charming devil-may-care personality, and Charlotte could use some carefree laughter in her life. But everything with Dawson isn’t sunshine and unicorns. He’s estranged from his family, though he does speak to one of his brothers. And he’s never committed to anything except his career, even choosing flying over an engagement years ago.

Can Charlotte navigate the healing process as she renovates the island house? Can Dawson finally make a commitment to a woman? Or will he and Charlotte decide a relationship is just too hard? 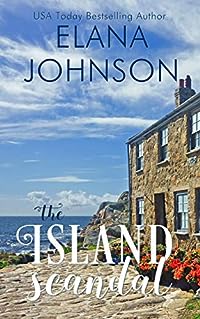 Ashley Fox has known three things since age twelve: she was an excellent seamstress, what her wedding would look like, and that she’d never leave the island of Getaway Bay. Now, at age 35, she’s been right about two of them, at least.

With an ill parent to take care of and her trusty sewing machine, Ash loves living in Getaway Bay and owning her own custom wedding dress shop. But the husband and wedding she’s always dreamed of? Those seem like they’re never going to happen for her.

When her best friend and beach running partner, Burke Lawson, asks her for a favor she says yes. If she’d have known he was going to ask her to be his girlfriend-for-a-night because his father insists he “settle down” before turning over the multi-billion dollar flower company to him, Ash might have said no.

She’s had a crush on Burke for a while, but he’s never been serious about anyone. Ever. She knows it’s part self-preservation and part façade, but she has no idea how much she’s willing to jeopardize in their friendship for a shot at something more.

Burke has never told anyone about his past heart-crushing relationship, but he suspects Ash knows. She goes along with his player persona, but when he can’t stop thinking about having her as his girlfriend for more than one day, he wonders if he can take this fake relationship into something real.

And when he accidentally blurts that they’re engaged? They become an island scandal.

Can Burke and Ash find a way to navigate a romance when they’ve only ever been friends?

She’s got big plans for her tropical bed and breakfast, but the new high-rise resort in the bay is throwing a wrench into everything. So Stacey Stapleton does what any savvy businesswoman would do — she goes to spy on the resort stealing her business and ruining the beautiful Getaway Bay skyline.

Her undercover operation doesn’t do more than show her how flawless the Sweet Breeze Resort is — and that the owner is as handsome as he is smart.

Though annoyed by the new resort, Stacey focuses on Aloha Hideaway Inn, more determined than ever to give tourists the vacation of their lives. But when a tropical storm hits the bay, she and her guests have to take refuge in the high-rise hotel she hates.

Not only that, but the more time she spends with Fisher DuPont, the owner of Sweet Breeze, the more she has to admit that he’s not a monster.

Can Stacey and the Aloha Hideaway Inn survive strange summer weather, the arrival of the new resort, and the start of a special relationship? 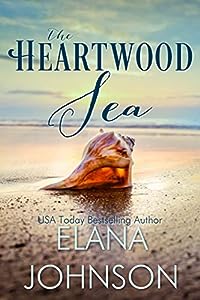 She’s in her mid-30s and captains a fishing boat to provide the seafood her family-owned and operated inn needs. She’s also the pastry chef for the on-site restaurant, lonely, and not happy when her ex-boyfriend comes into town looking to buy the land where the inn sits.

Alissa Heartwood captains a fishing boat and is the pastry chef for her family owned and operated empire on an island off the coast of South Carolina. With summer looming, she feels destined to be on the fishing boat before dawn and chained to the kitchen in order to get the pastries out for all the customers coming to the island.

Shawn Newman is only going to be on his hometown island for a few weeks–just long enough to get the Heartwoods to sell their land. That’s what he tells himself anyway. He should’ve known that the sight of Lissa would bring up memories from two decades ago when they used to date.

Besides, the Heartwoods aren’t interested in selling. Lissa is resistant to his reappearance in her life too. As Shawn rediscovers the beauty of the island where he grew up, Lissa thinks she might have jumped to too many conclusions about her ex.

Can Shawn and Alissa make their second chance summer relationship into something long-lasting this time? 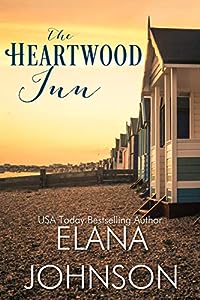 Olympia Heartwood is running the family empire, and she works long days and lives at The Heartwood Inn, making her entire life about her job. Which is just fine with her, because the last man she was involved with was married. When the truth came out, her heart shattered, and she’s never been the same. And men? She can’t trust them. Doesn’t need them.

Chet Christopher took the heat for something that wasn’t his fault, lost his prestigious job at the country’s largest luxury hotel chain, and has been living in his car for a few weeks. When he shows up off the coast of South Carolina, looking for somewhere to stay, everything is booked. But he’s got plenty of old Southern money, so he rents the second penthouse at The Heartwood Inn — on the same floor as Olympia.

He’s instantly attracted to her — and her luxury inn, resort, and spa. But it becomes immediately apparent that he can’t tell Olympia who he is or what he used to do for a living. She’s so distrusting, and he doesn’t want to go back to sleeping in the back seat.

He can’t help but offer advice for her inn, and as they work around bumps and misunderstandings, they start to accidentally fall in love… Will Olympia open her heart to the possibility of love? Or will Chet’s secrets ruin everything?