Make That Face And It Will Stay That Wat FOREVER!

I just moved the first Monarch to the bigger habitat. He looks upset. I think he is giving me dirty looks. I can’t really see his face, but I just feel like he is. Maybe it goes both ways and he can feel my disappointment in his sister who just flew the yard and never came back. I will let them all go after they have all emerged, so he can just wipe that scowl off his face. 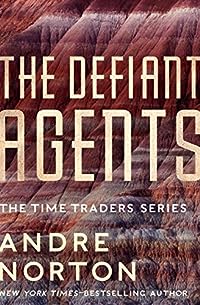 A battle for survival begins and ends in the human mind in the thrilling novel from the Time Traders series.

The latest gambit by the Western powers to outmaneuver the Russians was Operation Cochise — which launched Travis Fox and his crew on a ship bound for the planet Topaz. At least that’s what Fox thinks…
All he knows for sure is that something went wrong and they crash landed. Everything else is a fog of warped memories. When they come across a band of Russians who have also had their memories obliterated, Fox begins to suspect they are all pawns in a much larger game. And his speculations are right.

Someone is manipulating them. Observing them. And if Fox and his newfound allies cannot find a way to break free from their mental bonds, their captors may never be stopped.

The Defiant Agents is the third book in the Time Traders Series, but you may enjoy reading the series in any order. 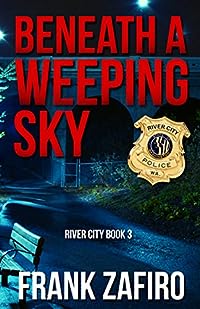 River City is plagued by a serial rapist. His attacks are becoming more brutal. Detective John Tower is sure that he’ll go from rape to murder if he isn’t stopped soon. When a series of mis-steps and near misses push the rapist even further, everyone involved — Tower, Officer Katie MacLeod and Officer Thomas Chisolm — must face their old fears… or be destroyed by them. 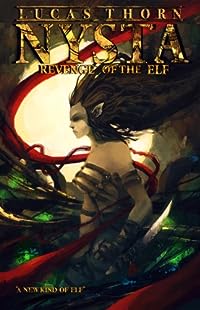 Nysta: Revenge of the Elf (The Shadow Realm Book 1)
by Lucas Thorn

First in an ongoing Heroic Fantasy series, ‘Revenge of the Elf’ promises unrelenting action, oddball mages, and a foul-mouthed wisecracking heroine tougher than a hardboiled egg. Following in the footsteps of Conan, Drizzt, the Gray Mouser, Elric, Druss, and many more heroes of Sword and Sorcery, the elf called Nysta will carve her own epic path.

And that path will be bloody.

“So, I’d like to make a truce. You don’t try opening my veins, and I won’t melt your face off. The thing is, I want to sleep easy for one night without having to keep hold of my magic just in case. And I’m sure you don’t need any more practice after what you did to those two out there. So, what do you say, Long-ear? Think we can agree to be polite?”
“Sure, Chukshene,” the elf said, sheathing the blade and plunging the wagon’s interior into darkness. “I reckon we can mind our manas for a bit.”

For Nysta, outcast assassin from the ruthless city of Lostlight, trouble was no stranger. This time it came in the form of nine killers who made the mistake of leaving her alive. It was a mistake she was determined to make them regret.

Relying on brutality and violence, she ventured deep into the savage heart of the frozen wastes. Hate guided her every step and rage burned in every vengeful thought.

But there were worse things in the Deadlands than a band of treacherous mercenaries. Worse even than draug and their insatiable need for flesh. Evil had survived long enough to be called legend and it still walked its bitter path. A path which now led to her.

In its shadow, darkness would be unleashed. Unleashed to fight.

He’s broken. Her world is falling apart. Neither believes they will trust again.

Lincoln Fraser’s hiding out. His girlfriend cheated on him, he blew a major account at work, and now he’s lying to everyone he loves. After months of chugging craft beer and waking up filthy and alone, he’s ready to pack his bags and head to the woods. Literally.

Kali Johnson feels stuck. Her husband’s gone, her son won’t talk, and she’s living in a mold-filled apartment that’s about to be condemned. Things couldn’t get worse… until she hears the scurry of little feet in the night. Now she starts her days by checking traps for dead rats.

When a freak accident places Kali and her son in Lincoln’s path, a split-second decision alters their lives forever. 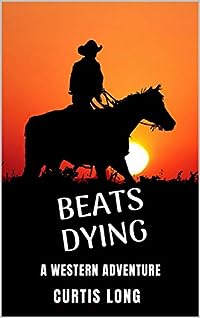