I Don’t Listen To Me

I had one Monarch butterfly emerge from the chrysalis yesterday, and I can see two more will emerge today. The lesson I learned from the last batch that came out was to just set them free when they are ready, and to skip moving them to the larger habitat hubby and I made. So what will I do today? I am going to move all three to the larger habitat hubby and I made. Wow! I can’t even listen to myself. THEM: “So what did you learn today?” ME: “Don’t stick your finger in the fire” THEM: “And what are you currently doing?” Me: “Sticking my finger in the fire”. I am the Queen of “But this time will be different!” 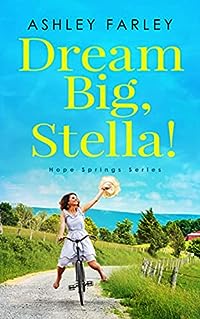 Stella believes her biological father to be a nameless, faceless sperm donor. Imagine her surprise when she learns he’s none other than rock idol Billy Jameson, and that Billy has died and left Stella a historic on a sprawling farm in the mountains of Virginia. A city girl at heart, Stella can’t imagine living anywhere but New York. Her first inclination is to sell the property. But the terms of Billy’s will stipulate she manages the inn for three years before putting it on the market.

Stella considers what’s really keeping her in New York. Her hotel management career is off to a rocky start; she’s lost three jobs in less than a year. She’s grown apart from her best friend, and her so-called boyfriend is only interested in late-night booty calls. Something is missing from Stella’s life. On impulse, she hops on the next train headed to a small town in Virginia in search of her happily ever after.

When she sees the dilapidated state of the inn, Stella realizes she’s in over her head. But the more she learns about the fascinating Jameson family, the more she wants to know.

On her journey to discover answers, Stella learns to have faith in herself and take a chance on love. Join an unforgettable cast of characters in the first installment of the Hope Springs Series. 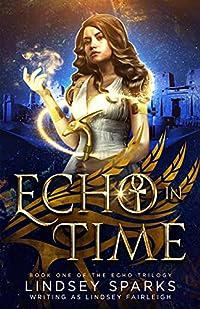 Their love is destined to shatter the boundaries of time…

Archaeology grad student Alexandra Larson’s world is turned upside down when her mother shares her deepest, darkest secret — that she doesn’t know the true identity of Lex’s father. The revelation sparks a change within Lex, and her dreams become far too real. She sees things she shouldn’t be able to see… knows things she couldn’t possibly know. Terrifying things. Deadly things.

To distract her from the surreal changes taking over her life, Lex leaps at the chance to join an Egyptian excavation run by Oxford’s enigmatic Professor Marcus Bahur. But the distraction might be more than she bargained for. While deciphering the secrets of a mysterious stone tablet, Lex falls headlong into a prophecy created by a dying god over four millennia ago. She must rely on her frightening new psychic powers to dig up the truth. And it doesn’t take long for her visions to convince her that both Professor Bahur and his excavation are much more than they seem…

The past clashes with the present in this paranormal saga of ancient prophecies and warring gods. If you like Egyptian mythology, steamy romance, time-bending mysteries, and complex characters, then you’ll love this sprawling time travel adventure. 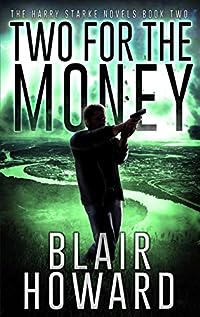 A Late-Night Phone Call. A Voice from the past. An Apparent Suicide.

The phone call came on a Tuesday evening in the middle of August. Harry Starke hadn’t heard from his old school friend in almost five years, and he hadn’t thought about him in almost as long. Tom Sattler wanted to meet, and it wouldn’t wait until morning. But when Harry arrived at Sattler’s home less than an hour later, he found him lying in a pool of blood with a single gunshot wound to his head and .22 revolver lying close to his hand.

Was it suicide, or was Tom Sattler murdered? If so, by whom and why?

The search for answers plunges Harry into a far-reaching investigation that involves murder, corruption, organized crime, and duplicity. As always, there’s a twist in the tail. 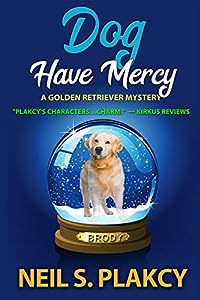 In the sixth golden retriever mystery, Dog Have Mercy, Christmas approaches and reformed hacker Steve Levitan tries to help a fellow ex-con now working at the vet’s office in Stewart’s Crossing. His curiosity, and the crime-solving instincts of his golden retriever, Rochester, kick in when liquid potassium ampoules are stolen from the vet and Steve’s new friend is a suspect.
Is this theft connected to a drug-running operation in North Philly? Or to a recent spate of deaths at the local nursing home? And can Steve continue to resist his computer-hacking impulses or will his desire to help others continue to lead him into trouble? 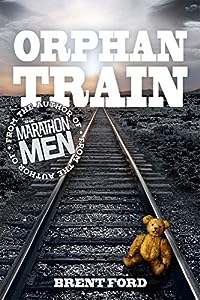 ‘Wilder than the West’

Bobby and Ella Kincade are orphaned after the vicious murder of their parents at the hands of the brutal McKenzie Gang, recently sprung from jail.

As a resolute Bobby, teamed up with old timer, Diggory, set off after the killers, Ella is placed at the mercy of an unscrupulous priest and soon finds herself aboard one of America’s infamous, Orphan Trains.

Bobby and Diggory, now accompanied by his reluctant, young schoolteacher, Miss Halfpenny, are faced with the critical dilemma of searching for his sister, or the continued quest of his parents’ killers.

And so, a desperate pursuit ensues across America’s still untamed and perilous Wild West.