The Scarlet Hopewell Series by Brandon Charles West is a five-volume epic in the classic fantasy tradition that runs from Narnia and the Lord of the Rings through Harry Potter, with a strong female protagonist and a rich cast of characters. The Scarlet Hopewell series is a story about the power of the word, and the adventure of finding the light within. Enjoy! 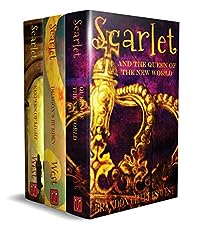 The Scarlet Hopewell Box Set: Books 1–3: The Keepers of Light, The Dragon’s Burden, and The Queen of the New World
by Brandon Charles West

Scarlet Hopewell dreams about a magical world where winged creatures sculpt with light, where dogs talk, and where Scarlet is the guest of honor in an enchanted castle under the roots of a mighty oak tree.One day her father brings home a stray pup with eerie blue eyes. Dakota is loving and smart — maybe too smart. News shows start to take an interest. Ominous storms have everyone on edge. Scarlet’s dream world keeps getting darker and more vivid.When one night three beautiful, sinister, silver-voiced men blow the front door of its hinges one night, Dakota leads the Hopewells in their escape through the winter woods — right into the world of Scarlet’s dreams. 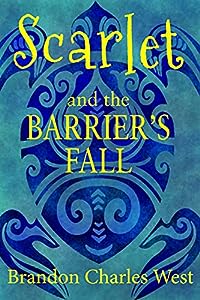 “Two books: two of light, two of darkness. One book for each world, one of light for each world, one of darkness for each world. Each book must be touched by light and dark. The worlds will become one, the barrier will fall.” But when Hulpric’s Book brings down the barrier that divides the New World from Satorium, it’s just the beginning. Can the combined magic of Scarlet and Mortimer save the citizens of Washington’s Haven from the tidal wave that threatens to engulf them? Will Charles Hopewell ever see his daughters and wife again? Will the mountain dwarves Glendal and Borin ever stop bickering about Night Stalker the troll?

With an ever richer cast of characters, the fourth book of the Scarlet Hopewell series never stops surprising. 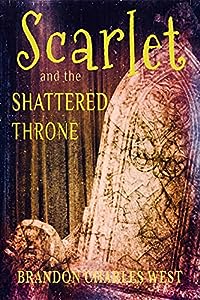 The triumphant close to the Scarlet Hopewell series is finally here!The barrier has fallen. The two worlds are one. As the final battle looms, Scarlet must find a way to face and defeat the dark one, fulfilling her destiny as the For Tol Don. She must save her mother and sister. She must free the slaves of the New World. But it’s not that simple. In Castle Caelesta the dark one is protected by his curita, and Scarlet and her companions must find a way to coax him out. With Xavier and her father back at her side, and with Delfi and Dakota, Chosen and Aiden, Mattias, Gilroy and an army of dwarves, Renaldins, and Sasquatch at her back, they might just have enough to turn the tide. If they fail, the world falls into darkness. But if they succeed, King Heldahm will have naught but a shattered throne.