The Secrets of Mylin Trilogy by Joe Klingler

The Secrets of Mylin Trilogy offers enthralling mystery and nonstop suspense! Fake identities, suspicious accidents, high-stakes crime, stolen artwork, lies, dragon eyes. One common bond: a twenty-year-old violist named Mylin. The Secrets of Mylin trilogy takes Detectives Qigiq and Dreeson on a harrowing ride up and down the Pacific coast and across borders into gripping international adventure and an ever-burning inferno of secrets. Suspenseful and edgy, there is no shortage of danger as the detectives learn again and again that nothing is as it seems. Within the pages of Tune Up, Burn Up, and Lock Up, only the enigmatic Mylin can lead the intrepid detectives to anything close to an answer. 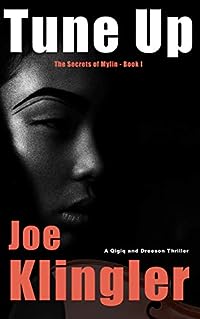 Tune Up: The Secrets of Mylin – Book I
by Joe Klingler

On their second case, Qigiq and Kandy are loaned to the Traffic Division to investigate an early morning accident. Hit and run. By a motorcycle. The victim is an elderly Asian woman. A young witness in a nearby dry cleaner and a truck driver suggest all “accidents” aren’t created equal. Then the Captain drops a new assignment on their desk: an affluent Bay Area lawyer is missing. The man’s wife stomps into their office screaming about a contract she found hidden in the backups of their home computer. A contract with a seven-figure payout, and an incriminating Exhibit A.

Following the trail of both the motorcycle rider and the lawyer with Kandy complaining, “We’re homicide detectives, there should be a body,” leads to a vintage motorcycle club called the Ton Up where lips are sealed, a yacht harbor on the coast where riddles run deep, and a midnight roadside confrontation that ends with a splash. As the trails twist they soon find that these people and places have one thing in common:

A violist named Mylin. Who plays in an all-female orchestra called The Girls of the Orient. And, unbeknownst to her, is the subject of a fine-art photographer’s latest collection. 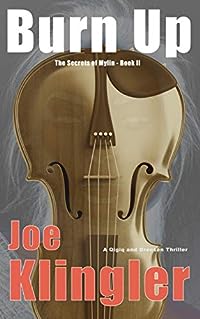 Burn Up: The Secrets of Mylin – Book II
by Joe Klingler

A fugitive slips away through a crowd of onlookers while Qigiq and Kandy investigate a desert cremation they suspect was designed to destroy evidence. But of what crime? As they attempt to tie up loose ends on their last case, they dodge infernos of destruction only to arrive at a concert where a member of the audience is murdered — putting them on a collision course with the FBI.

The Feds want them out of the way. Captain Jasik wants them on an unexplained death involving a wealthy venture capitalist, a beautiful woman, and a wall safe filled with cash — standing open. Then a second case of a rich male, missing female, and two locked safes has them chasing leads to a casino penthouse where a young woman has died — yet again with no apparent murder weapon.

Evidence so improbable that Qigiq and Kandy initially hesitate to accept it leads back to the violist named Mylin: talented, beautiful, and illegal. Her all-female orchestra is now headlining an extravagant outdoor concert midst the casino life of Reno featuring a rock band named Magnetic Fusion — and extraordinary pyrotechnics.

From black rock desert to a penthouse in San Francisco, the glitter of heavy metal concerts to the desolation of street busking without a home, Burn Up moves like a scirocco-stoked wildfire through the world of concert promotion, high-stakes finance, and fast motorcycle chases as Qigiq realizes, once again, that one picture can truly reveal much more than 1,000 words. 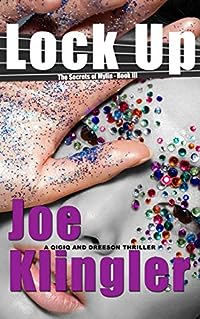 Lock Up: The Secrets of Mylin – Book III
by Joe Klingler

Twenty-year-old Mylin sits in a jail cell, dreaming of playing her viola again. With every breath, she relives the inferno that destroyed both her instrument and her life as she once knew it. When FBI Agents Carr and Bain offer to help her, she’s tempted. But can she trust them?

And how will the dragon eyes that are always watching her react?

A jailbreak gone wrong leads to suspense and danger as Detectives Qiqig and Dreeson accompany the FBI on an international escapade to Jeju Island. They must first find Mylin, and then follow the stolen artwork that they suspect is deeply connected to her family.

The search for Mylin involves drones, hidden cameras, secret codes, more than one high-speed chase, and a stakeout on a mountain. It leads Qigiq to an art gallery, a near-death experience at a concert, deeply buried secrets, and astonishing lies.

In the suspense-filled Lock Up, the new masterful Qiqig and Dreeson thriller by Joe Klingler, the detectives come to realize that nobody is ever really who they seem to be. They again put their lives on a line that they dare not cross as they strive to protect Mylin.

Will Mylin ever be free from the Dragon Eyes?