The Flowers Call To Me

I hope you all have a wonderful weekend! I just can’t help myself… I’m back out in the garden!! 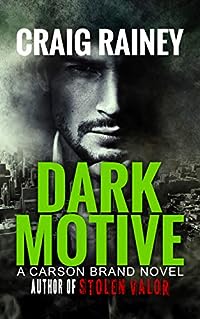 In this action thriller, Carson Brand is hired by a congressional candidate to work in his election campaign. As he gets deeper inside the organization, Brand learns that there is a side to the political process that the voters never see. Brand uncovers questionable tactics, shady operatives, and self-serving donors with agendas of their own. Brand’s involvement threatens their plan to rule the country, targeting him for elimination.

Set within the backdrop of demonstrations, protests, campaign rallies, and closed-door donor events, Dark Motive is a gritty, fast-paced thriller that dares to step outside of the accepted belief that the government is for the people and by the people. Although written prior to the current Antifa and Black Lives Matter protests, Dark Motive’s timely political setting is a rich backdrop for an action-packed tale of intrigue and deception, where self-serving politicians and powerful, rich donors manipulate the levers of power.

In this second novel in the Carson Brand series, Brand uncovers and exposes the secret workings of our political system. Exposed is the organized efforts transforming peaceful protests into the blind rage of the mob. Behind the empty promises and the smiling faces of candidates, despite the positive spin the media presents us, the true power brokers behind the scenes are all driven by the same Dark Motive – Power and Control. 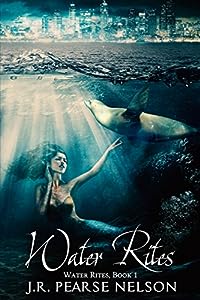 So many secrets, under the surface of the world you think you know.

Water Rites is the first book in a magical modern-day fantasy trilogy, where there’s more to sea storms and the ocean’s depths than we mere human mortals understand. Where the legends live on, some of them hiding in plain sight, in your town and mine.

Between school, swim team, gossipy friends, and cleaning cages at her dad’s veterinary clinic, Lorelei doesn’t have time to worry too much about the odd dreams that haunt her sleep most nights. She considers herself about as normal as a girl can be, in her circumstances. Her mom left when she was six, but Dad did his best to make up for it with small-town stability.

Her biggest worries are AP Calculus tests and whether her team will make the state swimming championships. Oh, and the boy who offered study help, with a certain expression in his eyes that said it wasn’t about studying at all.

Until she finds out what she is.

That revelation is thanks to the boy with the hungry eyes. The only one she can trust now.

And then there’s the stranger, the shadow who seems to be everywhere Lorelei is. Even in her mind and dreams.

Her identity turned upside down, Lorelei must find the will and the way to understand herself, and her world, once again. But the surprises show no sign of slowing yet… 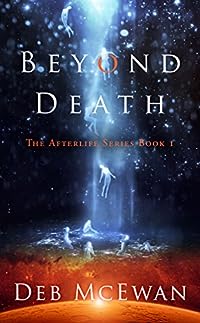 Beyond Death: The Afterlife Series Book 1: (A Supernatural Thriller)
by Deb McEwan

Can anything be worse than death?

Claire has her whole life mapped out; wonderful fiancé, a great career, and twin brothers who’ve always adored her. Then WHAM! It’s stolen from her in the blink of an eye.

As she learns to cope in her strange new world, will love and hope give Claire the strength to overcome her fears?

Will she be able to save her family from the dark forces determined to make their lives a living hell, both on earth and beyond?

What will be her final destination? And will she get a second chance?

Beyond Death; a supernatural thriller about love, horror, and hope, with a hint of dark humour. 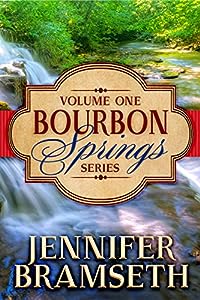 Get the first three books in the Bourbon Springs Series in this box set. Included works:

•
Secret Blend (Book 1): In a smoldering story of law and love, brand-new judges Rachel and Brady start a secret, passionate romance behind chamber doors. But it’s hard to keep a secret in Bourbon Springs, Kentucky.

•
Filtered Through Blue (Book 2): Hannah Davenport, bourbon heiress and part owner of Old Garnet Bourbon Distillery, and Kyle Sammons, the Craig County Sheriff, have a history and share a secret. She’s borne the burden in private while he’s carried the weight of disapproval in public. But perhaps finally time and tears can wash away the pain of the past.

•
Angels’ Share (Book 3): Lila McNee has lost everything except her land-her refuge from the world. But Bo Davenport, the man who owns a controlling share of the distillery to her north, needs that land to expand Old Garnet. How do they share they thing they love the most-the place they both call home?

These three books are the first books in the Bourbon Springs Series of contemporary romances set in the Land of Bourbon and Bluegrass. 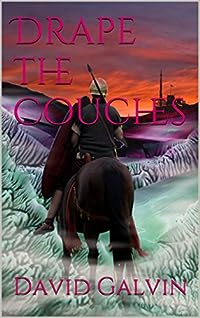 Drape the Couches (The romans)
by David Galvin, Simon Hackney

Destined to last twelve hundred years Rome again finds herself at breaking point. One man and one man alone, Caesar Diocletianus, has to act quickly as barbarian hordes cross his frontiers and internal revolts spread. In appointing the aggressive Maximianus as co-ruler, he defiantly splits the Roman world in two. One is to rule in the East; the other in the West.
However, without their sanction or authority, a third claimant quietly sets about taking his chance at seizing the throne. In declaring himself as their brother and a saviour too, would the lowly born but rebellious Mausaeus Carausius’ reign be able to succeed in the far off province of Britannia or would he eventually fall prey to the gods of Rome?
What marks him out? He has stolen their fleet.