Always Wear Your Helmet In The Garden

Last summer I had turned a ceramic sink I bought in Mexico into a bird bath, and last week I had set out a terracotta dish from a flowerpot out as little bird bath as well. I have never actually had birds use either of these things and it was a bit disappointing. Until yesterday! While I was sitting on the patio, late in the afternoon, a flock of tiny yellow and red headed birds flew into the yard and were all drinking and bathing in the bird baths. It’s stuff like that that make gardening so rewarding. I made something the birds really like, and that feels so great. Last year I had two passion vines that the butterflies absolutely loved. I enjoyed watching them flutter around the yard so much that this year I have about five new passion vines planted around the yard. With all the flying creators that will be in my yard this spring I might need to hire air traffic controllers. At the very least I will wear a helmet. 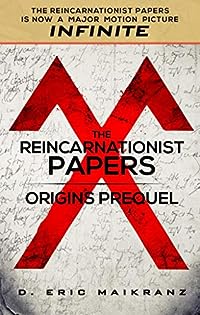 Discovered in an antique store in Rome at the turn of the millennium, The Reincarnationist Papers offers a tantalizing glimpse into the Cognomina, a secret society of people who possess total recall of their past lives.
Evan Michaels struggles with being different, with having the complete memories of two other people who lived sequentially before him. He fights loneliness and believes his ‘condition’ is unique until he meets Poppy. She recognizes his struggle because she has the same ‘condition’, except that she is much older, remembering back seven consecutive lives. But there is something else she must share with Evan – she is a member of a secret society of others like them. They are, in effect, near immortals – compiling experiences and skills over lifetimes into near superhuman abilities that they have used to drive history toward their own agenda on a longer timeline.
Through Poppy, Evan is invited into the Cognomina but he must decide if he can face their tests before entering this new mysterious society as their equal. 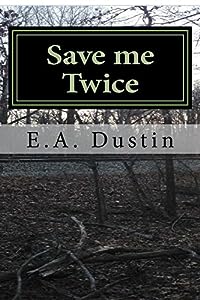 Save me Twice: Based on a True Story
by E.A. Dustin

Based on a true story: Towards the end of World War II, when Hitler in desperation pulls in young and old to fight a losing war, 16 year old Karl together with his older brother Hans is ripped from his Mother’s house in the middle of the night to join the SS. After spending months digging trenches as a deterrent for Russian tanks, Karl and his brother are captured by the Russians. Known for their atrocities, Karl in immense danger, flees Russian captivity and surrenders to the Americans. What happens to his brother?
As an American POW Karl helps clean up Mauthausen-Gusen, where he finds his neighborhood friend Michael whose entire family had gone missing. Karl remains in American prison camp for five months: will the American GIs set him free or hand him over to the Russians? The Russians are demanding that prisoners in their territory are handed back. Will Karl make it home alive? 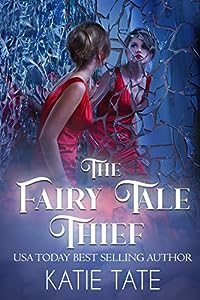 Fairy tales can come true. But it’s terrifying when it happens to you.

Grace James thinks having to wear a hand-me-down uniform while trying to fit into her posh new school in glitzy Orange County is bad, but being followed to class by seven little angry men is worse. The dwarfs believe that Grace has stolen the magic mirror, and they want it back.

Opponents become allies and soon Grace can’t tell who is friend or foe and what is real or merely a fairy tale, so she cooks up a scheme that will take her back home to Oregon where life made sense — away from her stingy grandparents and her miniature stalkers. But a frantic cast of fairy tale characters have plans of their own that may or may not include a happily ever after.

This book was formerly published as Grace in the Mirror. 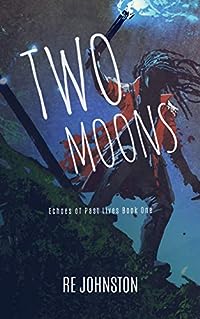 Two Moons: Memories from a World with One (Echoes of Past Lives Book 1)
by RE Johnston

When night falls and dreams come…
… they can change everything.

How will Jay use what he learns?

On a parallel world, the people know reincarnation is real, but that knowledge comes with a price. The accumulated wisdom of previous lives can be valuable. With it, though, comes the memories, both good and bad.

For some it’s too much.

For Jay it may destroy him.

Ri Sun-Hui was a brilliant scientist, a loving mother, and the pawn of a cruel dictator. Now, in this life, as a young man coming-of-age, he’s faced with the burden of history.

How will he forget?

Does he even want to?

You’ll love this thrilling story, because it looks at society through a dual lens that is anything but rose colored. 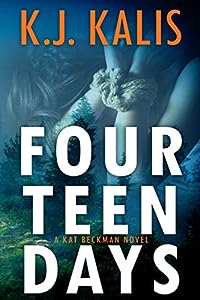 Kidnapped from summer camp, the police have no leads and the clock is ticking. There’s been no ransom demand, no contact from the kidnappers.

With a reputation for solving mysteries, the family finds Kat Beckman and asks for her help.

On the trail, Kat is pulled into a web of murder, conspiracy and violation. She becomes desperate to find Carlye, fueling her own obsession about saving the family.

But the people that have taken Carlye aren’t about to give up without a fight, even if it means going after Kat… and her family.

Will Kat fight back? Will she be too late to save Carlye?