Not The Surprise They Wanted

Last night I was giddily making one of my favorite desserts, while the baby bassets looked on in disappointment. Jello Surprise! You read that right. Jello surprise is one of my favorite desserts because you can eat it for breakfast. I’m not sure why I think that, but I have always thought that..sooo…ya. The baby bassets hate Jello Surprise. They think it is gross that the white center isn’t whipped cream, but instead sour cream. Sour cream on jello sounds like a horrible idea, but is actually quite tasty. The super sweet jello, paired with the smooth and not sweet cream is a perfect balance. I don’t mind that they hate it. That just means I get the whole pan of it to myself. It’s a nice feeling knowing that you don’t need to hide your dessert from the rest of the family. No stress, no fights. Just JELLO SURPRISE! 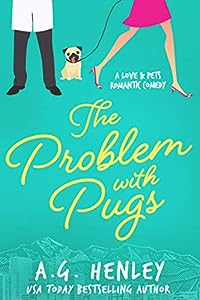 New love? Or her pug?

Amelia’s boyfriend Tim broke up with her three months, thirteen days, and eleven hours ago, but at least he left her their baby, Doug the pug. Doug eats Amelia’s underwear, mutilates furniture, and always poops in the middle of the sidewalk — but he only has eyes for her.

When Amelia reluctantly wades back into the dating pool, meets a new guy, and has to pay his medical bill after Doug launches a sneak attack on him, she realizes she has a problem. She’s determined to do everything she can to help her dog adjust to life without Tim, even recruiting handsome Travis, Doug’s new veterinarian, who’s willing to assist her at risk of life and limb.

But it won’t be so easy. Doug’s the only man in Amelia’s life now… and he isn’t about to share. 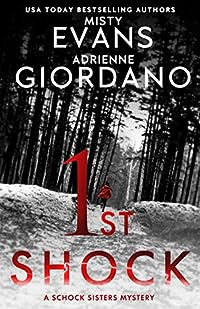 Their claim to fame is taking on the cases the FBI has failed to solve.
Risking their own lives in the process.

When the local US attorney brings her the skull of a brutally murdered young woman, Meg spots the MO immediately. She’s seen this killer’s work before.

Like most serial killers, this twisted perp is clever.
As the sisters draw closer to solving this heinous crime, the murders accelerate. Another body turns up… and another… but the killer’s modus operandi points to a convicted murderer already behind bars. A new serial killer is on the loose, more brutal than the last.

Together, Meg and Charlie must face the fact this copycat killer is taunting them, leading them on a gruesome quest.

He’s picked up where his mentor left off
— and he’s coming for them next. 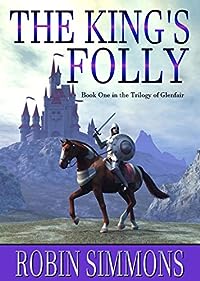 The King’s Folly: Book One in Glenfair’s Trilogy (The Kingdom of Glenfair 1)
by Robin Simmons

A King’s Folly
Glenfair was a unique place compared to the rest of the world’s kingdoms. While other empires rose and fell, Glenfair continued its peaceful existence for over a thousand years. Small and protected by impenetrable mountains with only a few guarded passes into the great valley, no threat from the outside could destroy its peace and security. The real danger to Glenfair was from within where betrayal and mistrust threatened to open the north-west pass to a conquering kingdom one hundred times largerthan Glenfair.
Join the story of Prince Raven as he is thrust headlong into this conspiracy and betrayal. Torn impossibly between the tasks of saving his family, the kingdom, and his best friend, Raven must find a solution or die trying.
The story will keep you in suspense as Raven and his friends solve the riddles of the ancients and discover a hidden treasure more valuable than gold. Don’t miss this great adventure that also ends with a surprise twist! 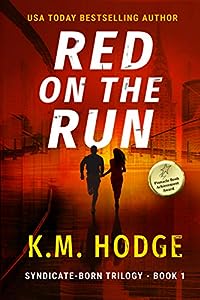 You can’t hide from The Syndicate. Run, Red. Run!

In search of redemption from his sordid past, FBI Special Agent Alex Bailey takes on a new partner, Katherine Mitchel… and a new secret mission.

Before being assigned their first joint case, Katherine uncovers damning evidence against a major crime ring known as The Syndicate. The group controls key members of the D.C. Metropolitan Area Police, the U.S. Congress, even the FBI, and they will stop at nothing to protect their interests. With her life on the line, Katherine is forced to put her faith in Alex as she flees from Washington D.C. and enters the Witness Protection Program.

Yet there’s no hiding from The Syndicate.

In the most dangerous investigation of his career, Alex must decide how far he is willing to go to keep Katherine safe, and to stop The Syndicate. 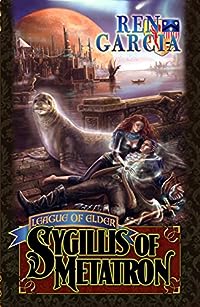 The League of Elder: Sygillis of Metatron
by Ren Garcia

Book 1 in the League of Elder Series.
When an enemy Black Hat is taken prisoner aboard Captain Davage’s ship, the powerful Sisterhood of Light has every intention of executing her, to put her to a slow, painful death. That is what’s done to Black Hats, and no one dares challenge the Sisters’ authority.
They are astounded when the Captain refuses to allow it.
Using his Gift of Sight, Captain Davage has gotten a glimpse of the Black Hat’s face, and is shocked. She is the exact double of a beloved friend of his–a friend who is dead. Though no one but a Sister would ever willingly face a Black Hat and hope to survive, he enters her cell, determined to discover the truth.