Lessons Noted, But Not Really Learned

You ever have one of those days (years) when you were just never right about anything? Yup, that’s me right now about beekeeping. I thought for sure once I added the additional box on my overly active hive, they would calm down and quit pouring out of the hive. We were thinking they were just too hot and crowded. Well…another swarm came in my backyard, possibly two, and once again my yard, and two of my neighbors yards was filled with bees. My friend  might be right. My house is smack dab in the the line of a bee swarm super highway, and I am the rest stop at the side of the road. I can’t set up boxes fast enough to house all these bees, but I also can’t let them go either. Plus my neighbors want them out of my yard. I think today I am going to take last years swarm to my partner in crimes house, where they will have all the space in the world to go nuts. It’s a hard decision to make because I am really attached to her. I am also really attached to my nerves, and they are about as frazzled as you can get. Just for the record though, I’m putting out another bait box in her place. 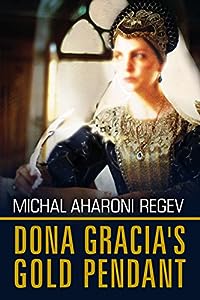 This historical novel is a story of love, jealousy, intrigue, mortal terror – of family secrets, courage, and devotion. It depicts the wide-ranging journey of Doña Gracia Nasi, a wealthy young Jewish widow from a family of forced converts, exiled from Spain in the 16th Century. Doña Gracia’s turbulent history comes to life, from age 12, when she is first told the secret of her forcibly converted family, to her escape from the terrors of the Inquisition in Portugal finally to Constantinople, via London, Antwerp, Venice, Ferrara, Lyon and Saloniki.

The true story of Doña Gracia – forced convert, tycoon, charmer of kings, savior of her people!

A successful businesswoman and visionary in a world in which women had no rights, Doña Gracia risks her life and her immense fortune to save her persecuted people. She powerfully bends kings to her will in an era of flourishing culture and the religious battles between Christians, Jews, and Moslems. Heralded the “Queen of the Jews,” she succeeded in obtaining a royal decree from the Ottoman sultan to settle the city of Tiberias. Meanwhile, her heartbreaking feud with her sister, Brianda, nearly sparked a world war! 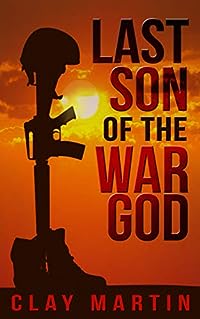 LAST SON OF THE WAR GOD
by Clay Martin

In the backcountry of Idaho, a tribe of men are hunting and killing with a dream of returning the world to an earlier time. A time when courage and prowess in the field determined a man’s worth. A time when the strong took what they wanted, and the weak cowered in fear.

Mike Bryant has come to the wilderness to die. Tired of the trappings of modern life, his will to live has run out. But when he crosses paths with a group of warriors who challenge him, he suddenly finds purpose. Mike is no ordinary man. Frozen and given up for dead, an inner core of rage ignites a fury few have seen and lived. Deep in the White Cloud Mountains, a demon is awakening. The Last Son of The War God was forged in the storm of blood and fire. And now he’s angry.

Service to the War God requires few rules. Rituals are optional, and the code consists of less than one might expect. But if there is one thing the War God will not tolerate, it’s an imposter. A false disciple unworthy of worship at the alter of blood. And when his gaze casts upon them, punishment is always due. The War God has chosen his champion, one of his favorite sons. And by the time the dust settles, one thing will be clear. If you choose the War God as your deity, you had better have what it takes to measure up. Consequences are eternal. 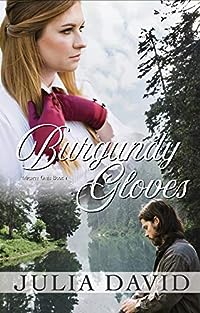 How can a God-fearing man be a Good Samaritan when a confusing young woman is making it impossible?

Levi Graham is a resilient, independent backwoodsman, who stumbles upon the injured young woman. Good Samaritan, he’s finding out the hard way, is not his best strength. In addition to caring for this beautiful, confusing woman, he encounters a robbery, a fire, visits from relatives, and the cabin’s previous owners, all disrupting his former peaceful life of solitude and trapping.

Suspended between two worlds, Allison Kent is helpless to find her way back home without hurting the kind and handsome man who has graciously taken her in.

Clutching her late mother’s Burgundy Gloves, Allison can only hope time will awaken her from this awful nightmare. Strange people, strange ideas and a strange young man looking long and ardent at her. How can she convince him she has nothing to give when she no place to call home? Will she rouse from the dark fog before she’s left to fend for herself?
Will her heart heal before she breaks his to pieces?

Inspiring Romance of redemption and grace that grips your heart to the very end. 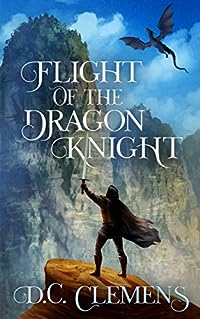 With the support of a former king and his resources, Mercer Eberwolf must sail halfway across the world to reach a fabled tomb held by the Advent. Rough seas, a vice-ridden nation, and jagged mountains hinder his path. However, even with a wealthy kingdom’s aid, the young dragon knight realizes he will need to summon his fire-breathing ally in order to match his enemy’s power and purpose. Meanwhile, nations eager to test Alslana’s new leadership wage a war that threatens to engulf the kingdom abetting his journey. What had once began as a forlorn mission to discover his place in the world has become a race to defend Orda from an all-encompassing change the Advent wish to bring. 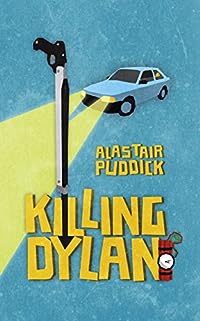 Someone is trying to kill celebrated author Dylan St James. But who would want him dead? And why? And who the hell shoots someone with a harpoon, anyway?

Disgruntled, failed crime writer, Freddie Winters, spends his days conning old ladies, setting up fake book signings, sneaking into literary festivals uninvited and lamenting his lack of success. When his old Friend, Dylan, turns to him for help, Freddie agrees to use his own limited detective skills to find out who’s behind the murder attempt.

With a group of suspicious ex-wives, a jealous rival, a crazed stalker fan and an exploding postman to deal with, Freddie soon stumbles upon a catalogue of crazy behaviour and a truly bizarre motive for murder. But can he stop the killer before it’s too late?