Just In Time For More

The first thing I did when we got home from our vacation, after of course I gave all the fury babies their proper hugs and kisses, was check to see the huge change in the garden. I love when I come home from vacation, and a few days pass giving the plants have a chance to grow. The garden did not disappoint! I had three Bleeding Heart bulbs pop up, and the gladiolas look about double the size they were when I left. I lost a few of my yellow border plants, which really bums me out, but if that is the worst that happens, I will take it. We got home around 2pm, yesterday and after a brief rest, hubby went straight to work on the lighting in the garden. WHA WHAAAATTT???  I didn’t even mention the garden to him and he was excited to get to work. I wonder if I really don’t have to nag him ten thousand times to do something? Maybe all this time I should just have faith that he will get it done and I should just relax and let things happen as they will. Too bad I will never test that theory and the world will never know. I am going to let him sleep for five more minutes, then I will start whispering in his ear the next item on the ToDo list. 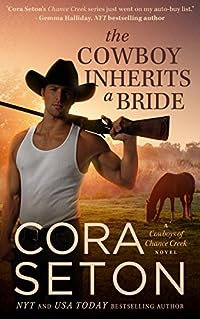 When Sunshine Patterson loses her Chicago home, job and boyfriend in one day, she needs a backup plan, fast. Luckily her Aunt Cecily has provided her with the perfect combination living and restaurant space to start over. Even though the building is located in small town Chance Creek, Montana, Sunshine is certain it’s only a matter of time before she’s back to take the big city by storm. When she arrives in Chance Creek, however, she gets a surprise. Her restaurant space — and apartment — are occupied by a rival to her inheritance: the incredibly sexy, incredibly wrong for her, Cole Linden.

Cole’s been struggling to save his family’s holdings for far too long. The indoor rifle range he inherited from his father barely pays its rent, but it’s all that’s keeping his other concerns — two apartment houses — afloat. If he was smart, he’d walk away from all of it and start over, but if he does, several dozen of Chance Creek’s inhabitants will find themselves without a home. He thought Cecily meant to leave him the range building in her will. Instead she’s set him up in a four-month-long competition with her big-city niece to see who will win the place. A niece whose knockout looks are making it damn hard for him to concentrate on the job at hand.

Now the competition is getting hot, but the sparks flying between them are even hotter. Can Cole and Sunshine find a way they both can win? 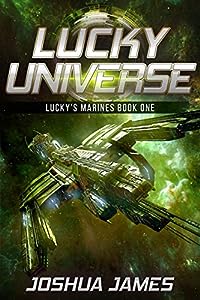 Leap into the action and hang on like hell.

In a desperate fight against insurmountable odds, mankind’s only hope is a lifer Marine with a violent past he can barely remember and a habit of picking fights he shouldn’t win.

Ambushed behind enemy lines and left for dead along with a handful of privates so green they actually respect his authority, Lance Cpl. Lucky Lee Savage has to master his inner demons, manage the ambitions of his foul-mouthed AI, and figure out what is tearing a hole in the fabric of space-time before everything goes tits up.

Lucky wouldn’t bet on the universe. One thing he will bet on: Somewhere, somehow, somebody is going to pay for all this. And he is going to be right there to pull the trigger. 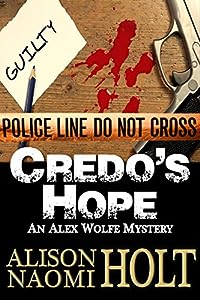 A fresh, funny, tough cop who skates on the edge of the law in her quest for justice

A man on death row. Days away from execution.

Her captain’s sloppy investigation gave him a ticket to the electric chair.

Will she risk her career and re-open his case?

Silly question. We’re talking Alex Wolfe after all, a fresh, funny, tough cop who skates on the edge of the law in her quest for justice. 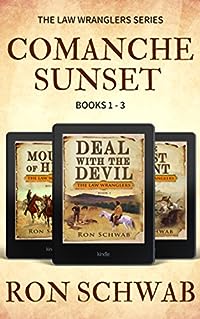 A man searching for his lost son amidst the last days of the Comanche wars!

3 BOOKS. 175+ FIVE-STAR REVIEWS. COMANCHE SUNSET collects the first three books of the THE LAW WRANGLERS as an opening trilogy to the popular Western series.

DEAL WITH THE DEVIL – The Law Wranglers Book 1
After several long years of trying to put the past behind him, Josh Rivers finds himself intertwined in a case that has him leaving the comforts of his life in Santa Fe for the desolation of the Staked Plains. In his quest to find a young woman abducted by the Comanche, Josh must confront the horrors of his past, as well as pull off the diplomatic high-wire act of negotiating with the Comanche and their great war chief, Quanah Parker.

MOUTH OF HELL – The Law Wranglers Book 2
As tensions continue to escalate between the U. S. Army and the Comanche, members of the Rivers family find themselves involved on multiple fronts of the “Red River War.” Josh Rivers discovers his efforts to covertly negotiate on behalf of his newest client have been exposed, and now he finds himself looking over his shoulder, even in the relative safety of Santa Fe. Meanwhile, his journalist sister, Tabitha, is embedded with Colonel Ranald “Bad Hand” Mackenzie’s forces on the eve of battle. What begins as a ploy to sell more newspapers, quickly spirals into a series of life-changing events as the opposing sides converge in the Texas Panhandle.

THE LAST HUNT – The Law Wranglers Book 3
Set amidst the last days of the Comanche wars, The Last Hunt continues the story of the Rivers family, whose fates are intertwined with the Comanche — and their great war chief, Quanah Parker — both personally and professionally. The decisions Quanah makes as the conflict nears its end will have a far-reaching effect beyond his Comanche nation, and the long-brewing showdown for Josh to reclaim his kidnapped son reaches its conclusion. 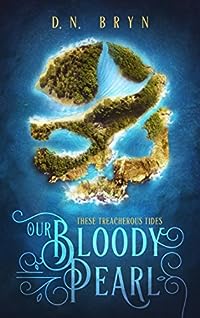 The ocean is uncontrollable and dangerous. But to the sirens who swim the warm island waters, it’s a home more than worth protecting from the humans and their steam-propelled ships. Between their hypnotic voices and the strength of their powerful tails, sirens have little to fear.

That is, until the ruthless pirate captain, Kian, creates a device to cancel out their songs.

Perle was the first siren captured — but the only one Kian still keeps prisoner. Song muted and tail paralyzed, Perle’s hope for escape finally rekindle as another pirating vessel seizes Kian’s ship. This new captain seems different, with his brilliant smile and his promises that Kian will never again be Perle’s master. But he’s still a human, and a captor in his own way. The compassion he and his rag-tag human family show can’t be sincere… or can it?

Soon it becomes clear that Kian will hunt Perle relentlessly, taking down any siren in her path. As the tides turn, Perle must decide whether to run from Kian forever, or ride the forming wave into battle, hoping these newfound human companions will fight with them.