Pants For The Moms

Here I was preparing to stay home for a snow day, and I still see kids at school running around in shorts and a t-shirt. The look my sweet baby bassets gave me when I said they had to wear pants was horrible. It was like a glimps oh what teenhood will look like. UGH!!! Since when is dressing appropriately for the weather a bad thing? I had to explain to them that they had to wear pants and a jacket, not for their comfort, but so that the other moms wouldn’t think I was a bad mom who lets their children freeze in the winter. That is what finally got them to stop arguing and put on pants! They both spent the ride to school acting like they were wearing wool underwear. Squirming around like a couple of weirdos. Before kids I always thought I was going to be the cool mom. How hard could it be? All you need to do is reason with kids and they will understand. Yaaaaaa….. noooo.

When her dating service turns deadly, Laurel must race to find the killer before she becomes the next victim.

Unsure if she is looking for Mr. Right, or Mr. Every Other Saturday Night, Laurel McKay reluctantly joins THE LOVE CLUB, a popular local dating service. Dressed to kill, she meets bachelor number one at a trendy restaurant. But the date is a bust, literally, when the guy decides Laurel is dessert, and she breaks his nose with her cell phone. It gets even worse when the man is found murdered the next morning, and Laurel has his blood on her clothes.

Despite her now being a person of interest to the police, Laurel bravely ventures out on date number two. When that unlucky bachelor disappears during dinner, Laurel’s only alibi is a bottle of Dom Perignon. The sexy investigating detective thinks she’s innocent and is worried she may be the next target. That’s more than enough motivation for Laurel to find a murderer determined to kill her social life–before dating becomes a dead end she can’t escape. 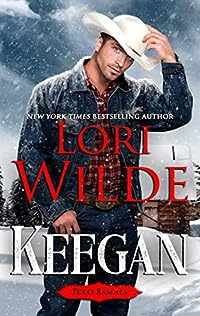 The tall, dark stranger needed Wren Matthew’s help–and the shy high school teacher couldn’t turn away a man in distress. She didn’t know why Keegan Winslow was out in the middle of an ice storm, but the spirit of the holidays compelled her to open her home to him. And although she’d sworn off men, she couldn’t deny the sparks that crackled between them.

Keegan was a cop on a mission when sweet, lovely Wren rescued him from the storm. But the haven–and the love–he found in her arms was a happiness he couldn’t last. Especially when he couldn’t offer her the one thing she wanted: his heart. 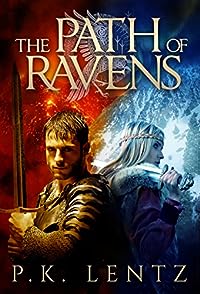 The Path of Ravens: An epic fantasy adventure steeped in Norse & Greek myth
by P.K. Lentz

Gods will fall as warriors of Asgard, Atlantis & Olympus battle a world-devouring swarm.

Epic Fantasy meets Norse & Greek myth meets Lovecraftian monsters in “a brilliant concept… an excellent mix of fantasy and myth. From start to finish, it just didn’t stop–adventure and excitement all the way.”

Thamoth and the other Atlanteans raised from the dead alongside him have but one purpose: to fight an unstoppable, unthinking enemy, The Myriad, which has already conquered Olympus. Their leader Ares and the witch Medea may consider the Atlanteans expendable, but Thamoth is determined to save his people and lead them to sanctuary. He will meet a silent slayer of giants and adopt her world as his own. At great personal cost, he will unlock the secrets of his forgotten past. Thamoth’s journey will take him to the throne-room of Lord Odinn and down the twisted roots of the ancient World Tree Yggdrasil.

Yet there are troubling signs that the nightmarish enemy Thamoth thought he had escaped will end his second chance at life before it has even begun.

The Path of Ravens is an epic journey that borrows names and places from Norse and Greek myth while creating its own mythology, turning gods into men and women who sweat, bleed, and die to defend what is dear to them. 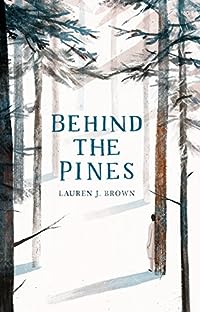 Behind The Pines
by Lauren Brown

To the locals of Johnson City, Tennessee, Dr. John Livingston III is just a normal practicing pain specialist, a son to a well-known defense lawyer, and a husband to a beautiful wife named Hope. John represents the working, American family man, but with his bright splendor comes dark secrets. In reality, John isn’t just a doctor, he’s also one of Johnson City’s leading opiate distributors, struggling with financial debt and a tormented past.
Making a deal with the city’s largest narcotic drug lord known as the Bear, John finds himself falling prisoner to the pain he devoted a career to cure and finds himself losing the very thing he sought to prolong — life. Unable to fulfill the The Bear’s demands, John quickly finds himself in trouble and, unable to escape, suffers from the deepest of wounds.
In a growing world of ruthless opiate addiction, John must find a natural way to heal the tormenting wounds of his past and present before completely losing all of himself in the future.
Behind the Pines is a beautiful story of redemption, and, ultimately, the lengths a man will go to escape the pain and find healing in his life.

Have you ever wondered what it would be like to drive for Uber? Have you ever been curious as to what kind of people use Uber? Where they are going? What do they talk about during the ride? How do they behave, or misbehave?

Jessie Newburn’s “Uber Chronicles: Field Notes from the Front Seat,” the first in a series, answers those questions and more… in the form of storytelling.

Driving for Uber since early 2016, Jessie chronicles her experiences with each–and every–passenger, from the conversations with interesting people with fascinating stories, to the incredibly everyday, ho-hum-ness of people who just need a ride from one place to another.

But don’t let the ho-hum-ness of the ride fool you.

As Gabe Karpati, one of her earlier readers, says, “There is a relaxing magical quality to the way she writes these stories. A sweet quiet zen silence that is shining through every line. Jessie presents these encounters like a meditation, where the seer observes but doesn’t get entangled.”

So, come along for the ride. Join in. Listen in. And experience what Uber is like from the front seat of the car.