Oops! I Did It Again!

All I wanted to do yesterday was plant the 120 gladiolas that I bought, and maybe temporarily place the two citrus trees that I bought. I started digging up about a foot long section of lawn along the back fence. My plan was to dig up just enough of the lawn to fit the gladiolas and that was it. I wasn’t going to take on too much and commit to too much. After twenty minutes of fighting with two feet of lawn, I said NOPE! I then asked hubby to rent a sod cutter and cut the whole lawn out.  Two hours later I am left with a mud pit, a pile of lawn in the side yard, and a big fat clock ticking away the 9 weeks until Easter. Now I will say, there is a good chance I will be asking you guys for some advice, so whether you like it or not, I am dragging you all along for the ride. As you can see from the pictures below I had just mowed the lawn. It looks nice, but it’s actually a swampy mess and very boring. The last picture is my new and improved mud pit! 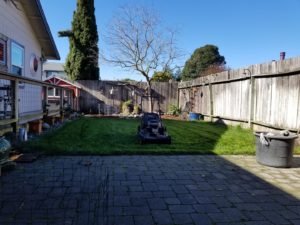 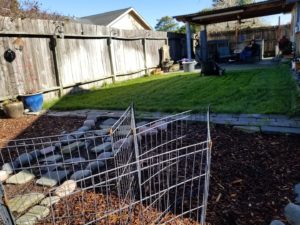 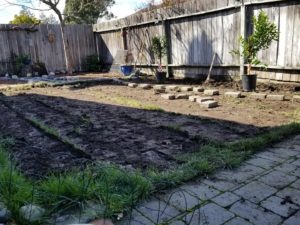 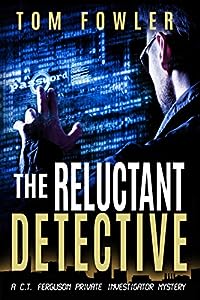 It’s novice PI C.T. Ferguson’s first case. He wants something simple.
Instead, he gets Alice.

Hacker C.T. Ferguson has never taken the easy route. While living in China, he worked against the government. Then they arrested and deported him. Back home, he uses his digital skills as a private investigator.

Suspecting her husband is cheating on her, Alice hires C.T. to investigate. He soon learns Alice has her own problems, namely a ruthless adversary squeezing her for money. Even the suspicious death of her husband can’t buy Alice a break.

C.T. stays on the case because he hates seeing innocent people pushed around. His persistence puts his life in danger. If C.T. can’t figure out what happened, both he and Alice will face deadly consequences.

The Reluctant Detective is the first book in the C.T. Ferguson mystery series. You’ll love this novel because it combines a classic wise-cracking sleuth with modern cyber intrigue. 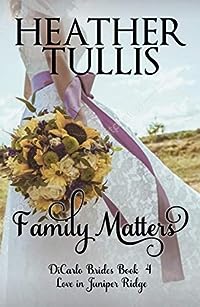 Rosemary Keogh considers herself pretty adaptable — she dealt with her father’s death-bed edict that she move across the country to work at his latest hotel. She hadn’t bitten the head off of any of her five unexpected half-sisters, had she? And she’s been pleasant about it. Mostly. She settled into the routine, even grew to like most of them, but when tragedy leaves her birth daughter parentless — and she is named guardian — her world spins again. Trying to raise a nine-year-old who shares her spunk and determination isn’t always an easy thing.

Adding to the confusion, Harrison Forest, head of the resort’s human resources department, decides it’s time to shift their relationship from semi-adversarial to something a whole lot more pleasant. They had briefly met years earlier, and though they had started off on the wrong foot, he hadn’t been able to forget her.

When Rosemary starts having mysterious ‘accidents,’ though, her worries shift from being a bad mother to leaving her daughter an orphan yet again. Can they get past the roadblocks she’s been throwing between herself and Harrison to make things work? More importantly, will she survive that long? 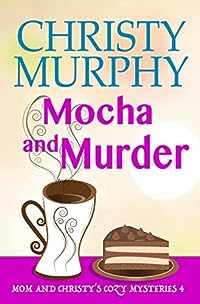 A Friend in Need and a Dastardly Deed

A family friend needs a fresh start, and Mom let’s him move in with her and Christy. When he gets a job at Fletcher Canyon’s new coffeehouse, it looks like Mom, once again, knows best. But then his former boss is found dead, and their houseguest is the prime suspect.

Are they helping a friend or harboring a killer? 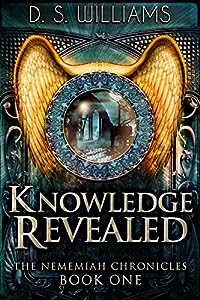 Charlotte Duncan wants to escape it all.

But after she moves to the small town of Puckhaber Falls, the friendly locals – and an accidental meeting with the mysterious Lucas Tine – give Charlotte reason to pause and reconsider the path she has chosen.

She finds herself drawn to this man; he is an enigma, and Charlotte doesn’t understand why she is so enamored of him.

As time passes, Charlotte discovers Lucas’s secret… and in turn, reveals some of her own.