HAPPY VALENTINE’S DAY EVERYONE!!! My sweet hubby was so thoughtful. He waited until I went to sleep last might and he snuck out and bought me a beautiful bouquet of flowers, a card, and a fun balloon. I always feel like it’s just not a celebration unless there is a balloon. When I woke up I found my Valentine’s Day surprise waiting for me. So sweet. One slight issue. I haven’t stopped sneezing. I am a hot mess right now. One of these flowers is sending my allergies through the roof. I took some allergy meds, and I am hoping I will get it together before he wakes up. OH MY GOSH!! I can barely breath. I think i’m dying. How many times can one sneeze in a row before it kills them? Anyone know? 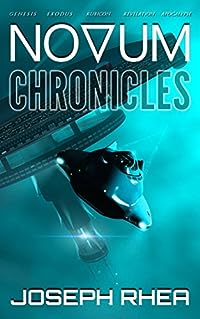 As the last descendants of Earth struggle to survive beneath the surface of an alien water planet, one man’s discovery will lead him on a journey of redemption, while he fights to save what’s left of his world.

Jacob Stone is a young man haunted by his past. When he reluctantly accepts a job to help pay for a transport submarine he inherited but doesn’t want, he inadvertently awakens an ancient and terrible power. Its arrival triggers a chain of events that could destroy what’s left of the human race or be the key to its future. But, is it a future he’s willing to fight for, let alone die for?

This is the complete 5-book Novum series combined into one massive (>600 page) volume! 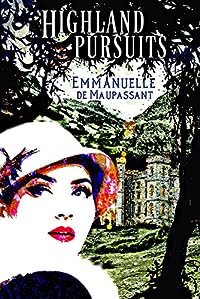 A wickedly naughty 1920s romance, for fans of Downton Abbey.

Banished to her grandmother’s castle in the Highlands of Scotland for refusing to marry her mother’s choice of suitor, defiant debutante Lady Ophelia soon falls in love with the wildly unsuitable Hamish!

To Ophelia’s annoyance, he’s already spoken for, and glamorous French coquette Felicité has no intention of letting the ruggedly attractive estate manager slip from the service of her bed.

Intrigue abounds, as Ophelia discovers that there’s more to her rival than meets the eye, and that the Castle is a hotbed of illicit cavorting. 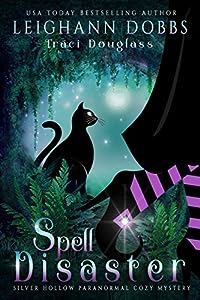 When elderly witch Enid Pettywood unwittingly summons a demon to Silver Hollow, it’s up to Issy Quinn and her cousins to send it back before the committee finds out. Summoning a demon is a serious offense and no one wants to see Enid suffer the punishment the committee is sure to hand down.

But a simple plan of vanquishing the pesky demon before anyone notices goes awry when the demon makes the leap from wreaking havoc with the town’s electrical circuits to possessing a human. Even worse, it uses that human to commit murder. When another murder attempt is made, it quickly becomes clear that the demon is looking for a permanent human host… and the Quinn witches have only three days to stop it.

With the town Sheriff investigating the murder, Issy has to avoid casting suspicion on herself while trying to track down the demon and dodge Dex Nolan, the government agent sent to town to study paranormals. Too bad Issy can’t seem to forget the stolen kiss she and Dex shared because she has no intention of getting involved with a human.

When the demon’s evil intentions hit too close to home, Issy is forced to make a sacrifice that may haunt her for the rest of her days. Will she be able to stop the demon before it kills again? 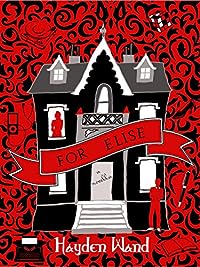 For Elise
by Hayden Wand

The aspiring author bought the “haunted” house to stoke his morbid imagination.
Unfortunately, the house is having none of it.

A different kind of ghost story. 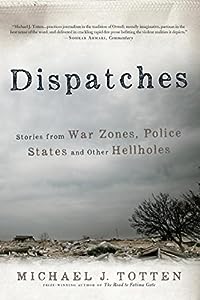 Prize-winning author and award-winning foreign correspondent Michael J. Totten returns with a riveting tour of some of the worst places on earth in the early 21st century.

From crumbling Havana, Cuba — still stubbornly communist decades after the fall of the Berlin Wall — to a comparatively upscale Hanoi, Vietnam, still struggling to free itself from Chinese-style authoritarian rule.

From a nightmarish Libya under the deranged Moammar Qaddafi, to an exhausted, polarized and increasingly fanatical Egypt before the Arab Spring finally ripped the region to pieces.

From the Lebanese border during the devasting war between Israel and Hezbollah, to Iraq in the grips of an insurgency mounted by the murderous precursor to ISIS.

Partly a collection of Totten’s best previously published work, Dispatches includes plenty of new material from Latin America, Southeast Asia, the Middle East and the dysfunctional quarters of Europe. He goes to rough places so you don’t have to, and his dispatches are by turns entertaining, harrowing and occasionally even hilarious despite the dark subject matter. Whether you’re an established fan or discovering the author for the first time, this one is not to be missed. 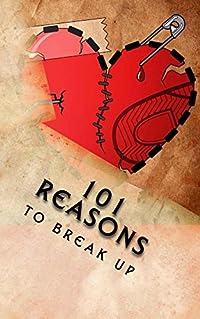 In this unique take on dating and relationships, dozens of real-life strangers sit down for interviews, and all of them provide the true-life tales of their craziest, most unusual break-ups.

Every break-up is REAL, and each one is more bizarre than the one before.

You think your break-ups have been wild? Think again. Here’s 101 of the WILDEST. Once you read one, you’ll want to read them all…
From Coffee Table Philosophy creator – J Edward Neill